German Christmas markets: What to expect in Frankfurt, Cologne, Nuremberg and Munich

19/12/20
Find out what’s special about each city’s Christmas markets, from Frankfurt and Cologne to Nuremberg and Munich

Christmas markets are BIG in Europe but if there's one country that's synonymous with this holiday tradition, it's got to be Germany. After all, that's where it originated! Kicking off during Advent, which is the four weeks leading up to the 25th, German Christmas markets go way back and have reportedly been around since the 1300s.

Sure, we've got festive events happening in Kuala Lumpur too and even a Buro Christmas Village for everyone back home, but is it really Christmas if it's not snowing like in the movies? So, when the German National Tourism Board called and asked if I'd be keen on sipping glühwein (aka mulled wine) in zero degrees, I had to say yes. Plus, I really love wine. And the cold. And Christmas. And– you get the idea. 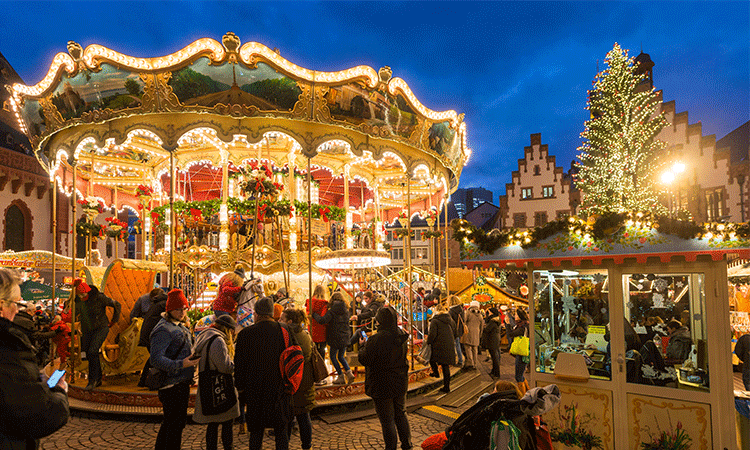 In one week, we explored four cities and strolled along many Christmas markets which the Germans call Christkindlemarkt (Christ child market) or Weihnachtsmarkt (Christmas Eve market), and thanks to this winter excursion, I now know which ones I'll be revisiting in the coming years. But before we dive into them, let's talk logistics.

I took a one-hour flight from KL to Singapore (tip: visit Jewel Changi if you have a longer transit) and from there, a direct 13-hour flight with Lufthansa to Frankfurt. While 13 hours may sound like an eternity, it actually flew by (no pun intended) pretty quickly—six hours of sleep and three back-to-back movies later, I had already stepped foot into the land of beer and bratwurst.

Whether you opt for a hotel or airbnb, the city is very well connected and public transportation is a breeze. In both Frankfurt and Munich, I stayed at Maritim Hotel and both locations were just a couple of minutes' walk from the train station. In Nuremberg, we had a good night's sleep at Sheraton, also just a stone's throw away from the city centre. 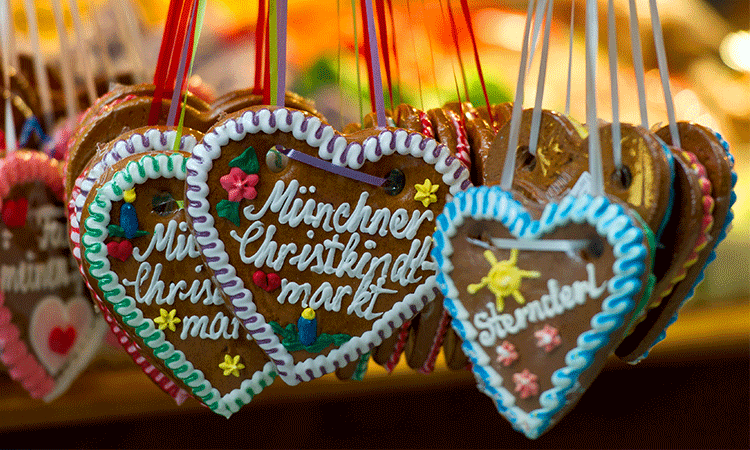 Alright, now on to the fun part. Which German city has the best Christmas market? Is there even one to begin with? To me, it really boils down to personal preference since each city has its own seasonal yuletide specials. Below, I've rounded up the best highlights from each one (along with my top picks!), starting with the first city I visited. 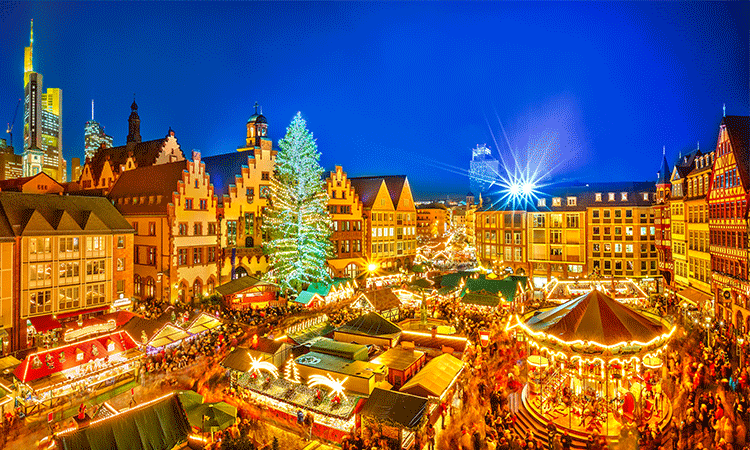 The main Christmas market at this financial hub stretches all the way from Hauptwache down to the river's quayside. By dusk, the newest—and oldest—quarter, Römerberg came to life, with church bells chiming harmoniously across town while skylines sparkled in the background. In the centre of this New Old Town stood a gigantic 30-metre Christmas tree which, along with 200 stalls and a merry-go-round, illuminated the square that's surrounded by timbre-frame buildings. 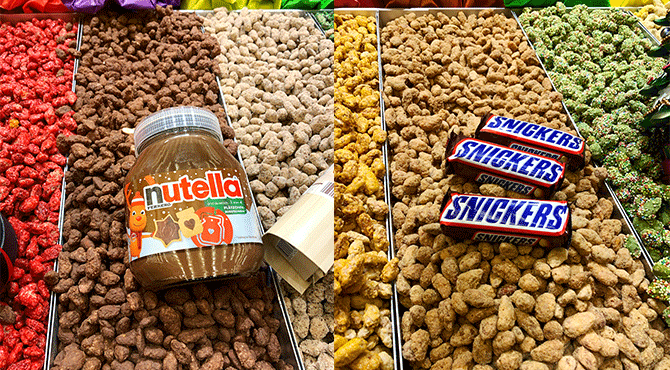 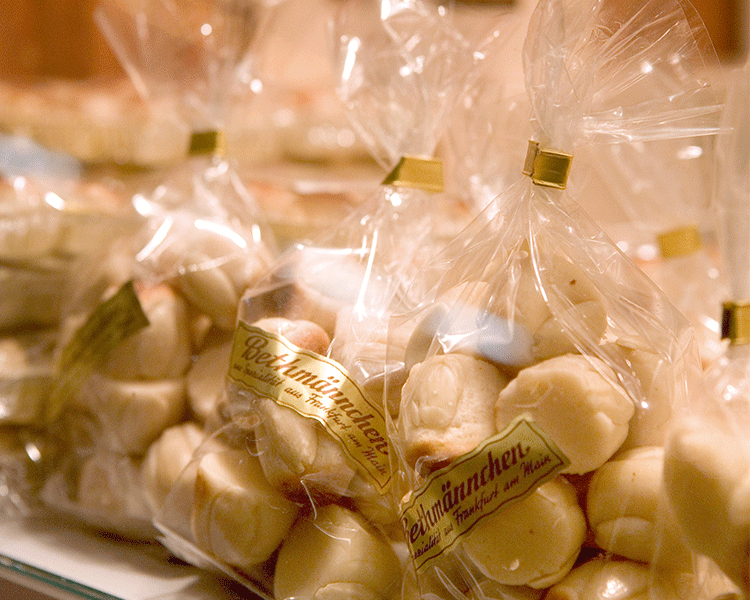 Other things to do in Frankfurt: The mesmerising lights at the Cathedral Christmas Market

As the 4th largest city in Germany, Cologne did not disappoint with its number of markets strewn around town. Of course, the main market not to be missed is the one with the iconic Gothic cathedral as a backdrop. By far, this was my favourite of the lot for a few reasons: 1) It had THE prettiest mesh of lights that sparkled and stunned from every angle—cc: anyone who appreciates aesthetics for the 'gram; 2) it was also the most Chrismassy IMO thanks to the stage at the centre hosting musical performances which the crowd cheerfully sang along to (from Feliz Navidad to Justin Bieber's Mistletoe); and 3) there were a tonne of fun things to see and do nearby each market.

Location: Roncalliplatz next to Cologne Cathedral

Other things to do in Cologne: 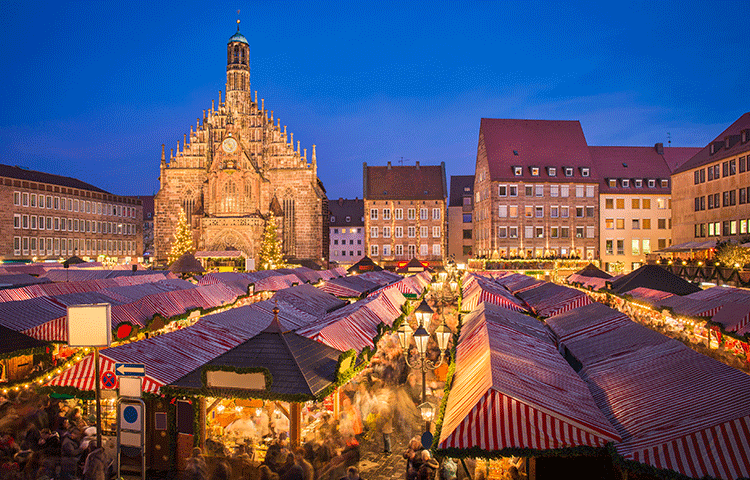 As I stepped onto Nuremberg's cobblestone street, I could already see why this charming little town is world-famous and has won the hearts of many (including mine). Drawing 2 million visitors each year to its main square, rows of 180 wooden stalls with canvas roofs in red and white stripes are erected and from higher ground, the view is absolutely sublime, especially when framed by contrasting structures of gothic Catholic shrines. Besides the aroma of Christmas confectionary, sightings of the stagecoach horses (which warrants visitors whipping out their cameras) and shimmering lights from the candy cane-themed booths as well as the sounds of street performances make way for a festive mood like no other. Other things to do in Nuremberg: 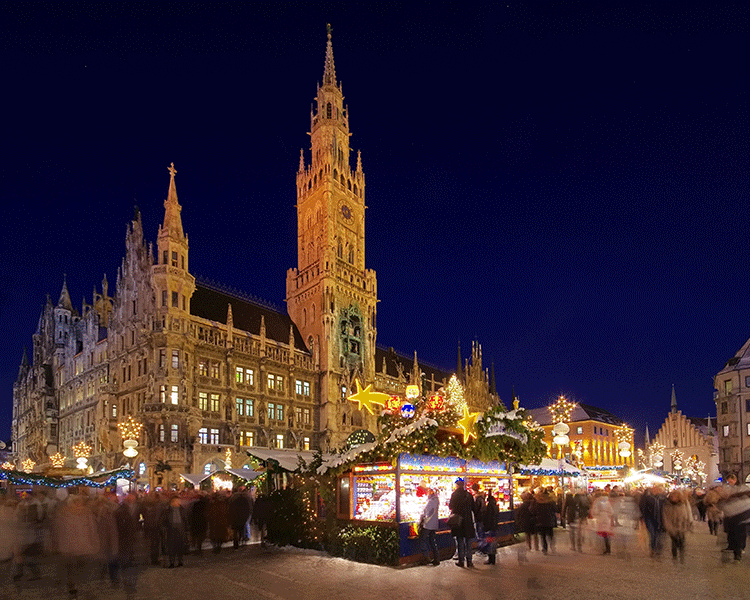 The enchanting atmosphere at the Christmas Market in Marienplatz

Our final stop was in Munich and the atmosphere in Marienplatz—where its main market is held—was magical thanks to a glowing sea of fairy lights that radiated from the stalls while 3,000 lights from its Christmas tree glittered against a romantic neo-gothic town hall background. Everywhere I looked, there seemed to be a nod to the Nativity scene, from large displays outside the famous underground Ratskeller restaurant (which by the way, has the best pork platter and enormous portions) to the booths selling traditional and ancient crafts ranging from manger lanterns to figurines of the Three Wise Men.

Other things to do in Munich:

Only a 45-minute train ride away from Munich and Nuremberg, this is a shopper's paradise that houses over 110 designer labels in boutique-like spaces with offers up to 60% off. Lucky us, we got there right smack in the middle of Black Friday weekend (read: additional store-wide discounts) and left with a heavier check-in luggage but #noregrets.

PS: watch a summary of my trip on IGTV here.

Next year, most of Germany's Christmas markets will resume from 25 November to 23 December 2020. For more info, visit the official tourism websites of Frankfurt, Cologne, Nuremberg and Munich.

8 Feel-good movies to watch on Netflix this Christmas

Christmas 2019: 10 Creative gifts to get for your friends and family

Christmas 2019: Best lipsticks to gift every beauty-phile on your list