6 Stunning ski resorts you should check out in Asia

When we think of a White Christmas, it usually includes charming European towns, their fairytale-like castles and beautiful snowcapped mountains-kind of like these places. But in reality, Asia has just as much to offer, especially if you consider a ski holiday (the 2018 Winter Olympics might have  given you some inspiration). Not convinced? Here are six breathtaking ski resorts in Asia to help change your mind-and possibly your next holiday destination.

Over the years, Niseko has transformed into a familiar name when it comes to holidays in the name of skiing and winter because of its white, powdery snow. Niseko Village itself, though not a resort, encompasses everything you'll need: A variety of accommodation types (our pick: Kasara Niseko Village, a luxury private townhouse); onsen facilities featuring mineral-rich thermal waters; gourmet dining options ranging from traditional Japanese fare (featuring the freshest Hokkaido produce) to international favourites; and a myriad of winter activities including Reindeer Sledding, Snowmobile Tours, Snowmobile Rafting and more. Private ski lessons are also available at the Niseko Village Snow School. 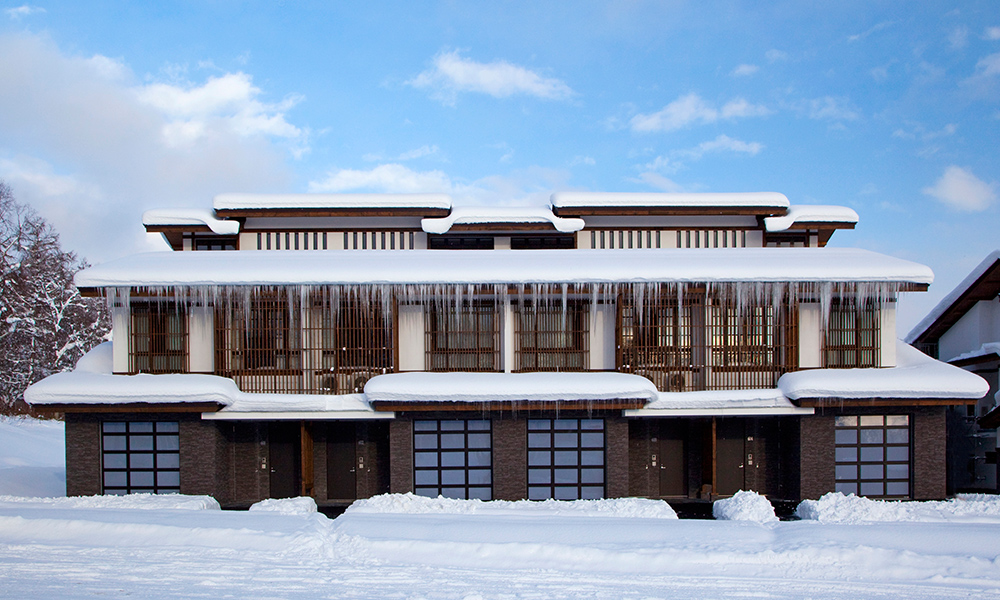 Getting there: Fly direct from KL - New Chitose Airport and then transfer via coach, car or train

2. One Happo at One Chalets in Hakuba, Japan

Located just outside the city of Nagano, Hakuba is yet another popular ski resort town in Japan, especially because it's close to Tokyo. There are several types of accommodation at Hakuba but none as luxurious and well-received as One Happo at One Chalets. Described as a "James Bond fantasy made real", the glass and wood chalet is perched on the ridge facing the Olympic mountain that is Happo One—clearly visible from the panorama windows. The two-storey home also boasts five bedrooms, a floor-to-ceiling glass wine room with a deluxe selection of wines and champagnes, transparent fireplace, and an eight-person onsen and sauna. Everything else—ski resort shuttle, private ski lessons, mountain lift passes, day trips and tours—can be arranged by the management. 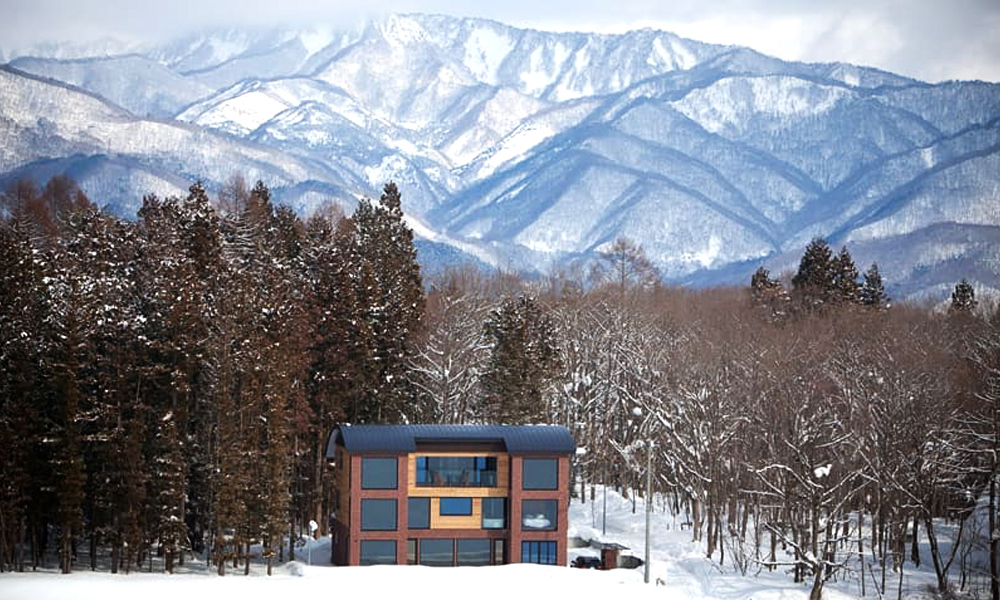 When to go: December - early May

Getting there: Fly direct from KL - Nagano and a pickup can be arranged from Nagano station

The beauty of staying at a Club Med ski resort, as we had previously experienced, is that it's stress-free because it's an all-inclusive resort and the GOs (gentle organisers) are always happy to help. If you have kids, it's even better since Club Med has a very family-oriented culture. With the different Kids Club (catered to four-month-olds till17-year-old teenagers) available, you'll be free to explore and have fun without worrying about the young ones and vice versa. Just meet back for meals and it's still a family holiday, right?

When to go: December - mid-March

Getting there: You'll have to take a connecting flight to get to Changchun Longjia Airport

There is a saying that couples who visit Changbai will stay together for their whole life - till their hair grows white. After all, the name means "ever white" in Mandarin. But even if you don't believe in old wives' tales, the meaning is true to the mountain's beauty come winter. The slopes are popular with the locals but if you're looking for true luxury, look no further than Park Hyatt Changbaishan. Nestled within a forest, the 5-star resort promises absolute privacy without compromising convenience to the ski field. For those who are less keen on skiing, head out to enjoy local attractions such as the West Gate of Changbai Mountain and the Heavenly Lake, or stay in for some well-deserved pampering at The Spa. 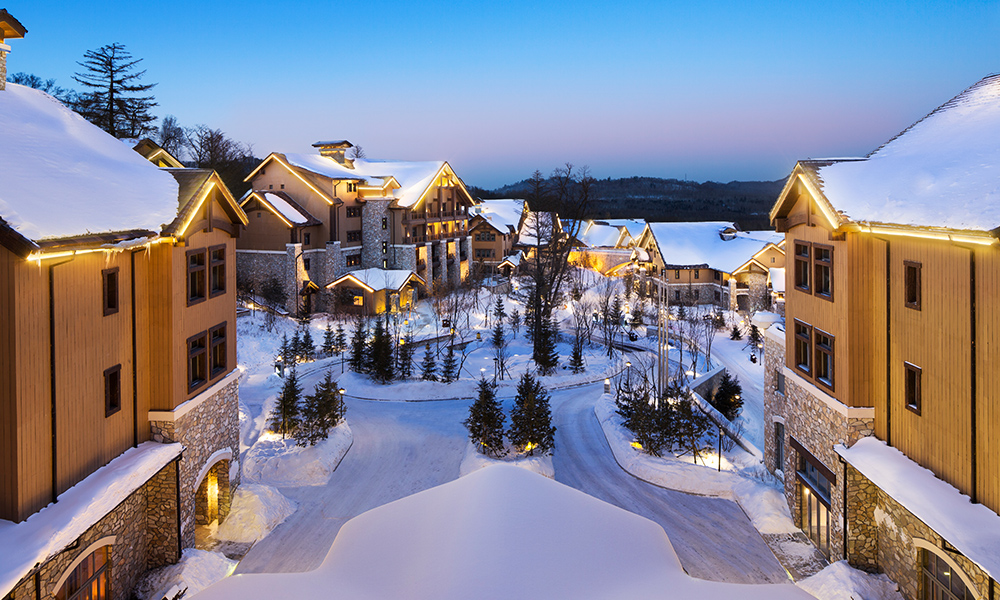 When to go: November - April

Getting there: You'll have to take a connecting flight to get to Changbaishan Airport

5. The Khyber Himalayan Resort & Spa in the Himalayas, India

With more people favouring India as a holiday destination, why not consider it also for a winter getaway? Located in Gulmarg, a small ski village in Kashmir, The Khyber Himalayan Resort & Spa will allow you easy access to the Gulmarg Gondola, one of the highest ski lifts in the world. Take it and you'll alight at Kongdoori Mountain, on the shoulder of Mount Affarwat. At 13,780 feet, it's the highest ski point in the Himalaya. One thing's for sure: The view will be incomparable. 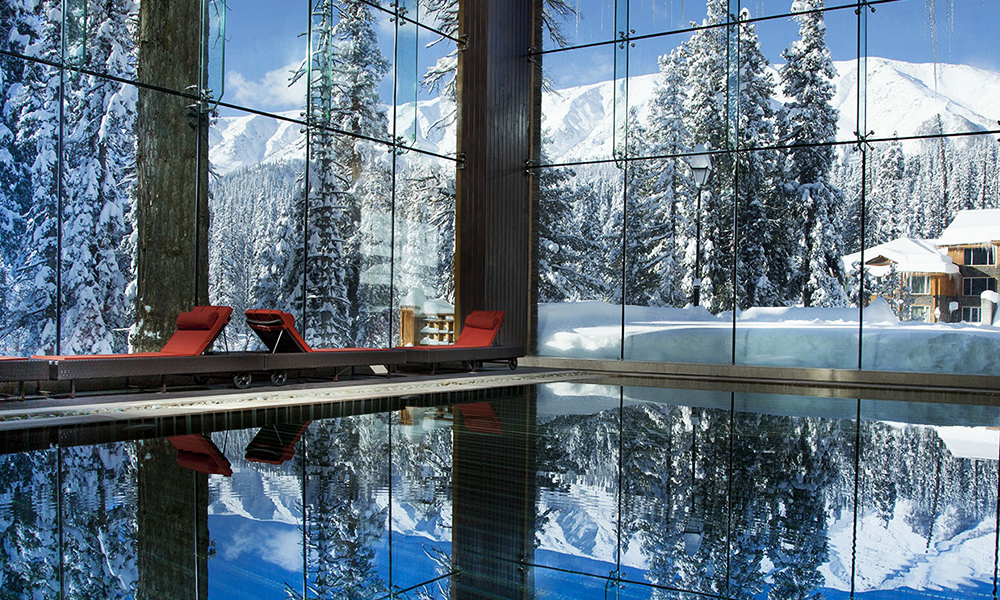 When to go: December - early February

Getting there: You'll have to take a connecting flight to get to Srinagar Airport

You might recognise it from the 2018 Winter Olympics but that's not the only glory the 238-room hotel is proud of. Decked in a classical European-style design, InterContinental Alpensia was also awarded South Korea's Best Ski Hotel at the World Ski Awards in 2017. Facing the slopes with front-door access to the lifts, you can ski to your heart's content. Alternatively, the hotel also houses facilities such as a water park, a golf course, a movie theatre, and more. 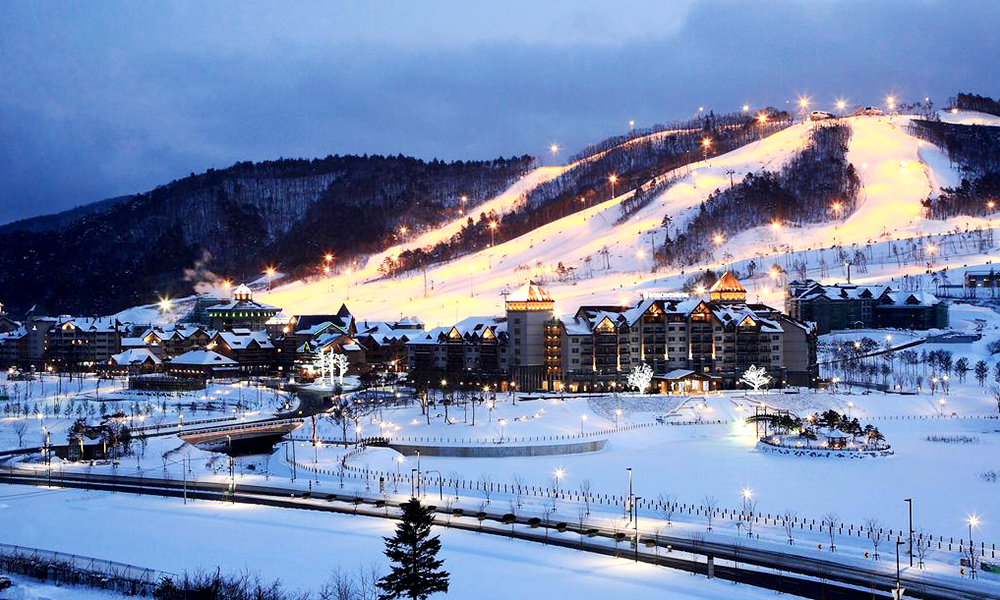 When to go: December - February

Getting there: Fly direct from KL - Pyeongchang County

Winter Wonderland: 7 beautiful towns to visit for a magical getaway

6 of Bali's secret beaches (until now)

15 Reasons why you should go on a ski resort holiday