Dash of kink, splash of pink

An alternative side of the revered couturier, Christóbal Balenciaga was unlocked with a titillating sophomore collection under his namesake house by one Demna Gvasalia. Stumbling upon a serendipitous connection between Balenciaga's favourite luxurious silk gazar, and stretchy spandex (both came to light in the year 1958), the designer approached reviled fabrics like spandex, latex and rubberized leather to redefine the role of fetishism in couture. The deployment of kink was more luscious than lurid with surprisingly adept drapery using spandex along with skin-tight, waist-high boots balanced out by literal straight-edged jackets (thanks to whalebone inserts across the shoulders). Bags the size of footstools indiscreetly swung along beside the models, adding a dash of hyperrealism to the eighties theme. Shows like this that push the boundaries of luxe so close to the cliff edge of good taste are what make fashion week so exciting but as always with this industry, the winds of change may prove that the Demna manifesto is not without its kinks. 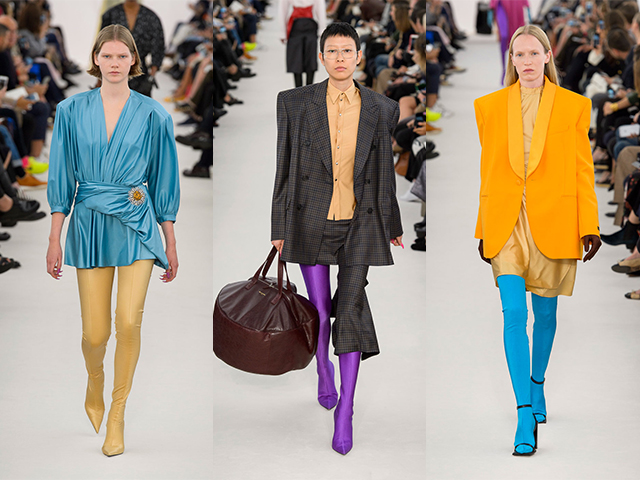 Phoebe Philo invited the fashion crowd to a collective session of people watching with her Céline Spring 2017 show at the Tennis Club de Paris. Bypassing the predictable route of a sports tie-in, Philo put together a presentation that reinforced her status as the purveyor of minimalist mastery as models meandered around the set mimicking the busy footfall of the everyday. Haphazard styling with mismatched shoes and absent-minded layering alongside deceivingly accidental offbeat proportions lent the understated wearables the elusive notion of luxury. Sugary iced gem tones offset the practical palette but it was the bold strokes of Yves Klein blue offering a vague smudge of a woman's figure that took the cake. 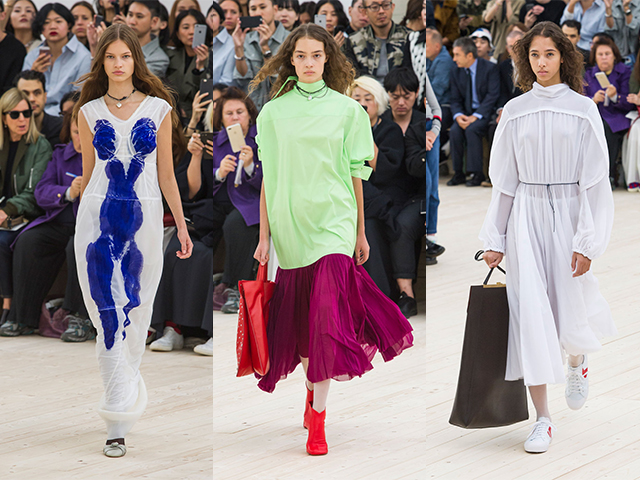 Pierpaolo Piccioli made a blushing solo debut at Valentino sans partner in crime Maria Grazia Chiuri (now at Dior). Tonal expressions of the colour pink flowed down the runway followed by muted springtime hues. While the reigns on the Valentino aesthetic of high romanticism were still tightly gripped, the silhouettes loosened into a free flourish. This season's dreamy dresses featured elaborate embroidery and prints inspired by Hieronymus Bosch and redesigned by the deft hand of Zandra Rhodes. The narrative of Valentino did not change this season; the only difference was the new perspective. 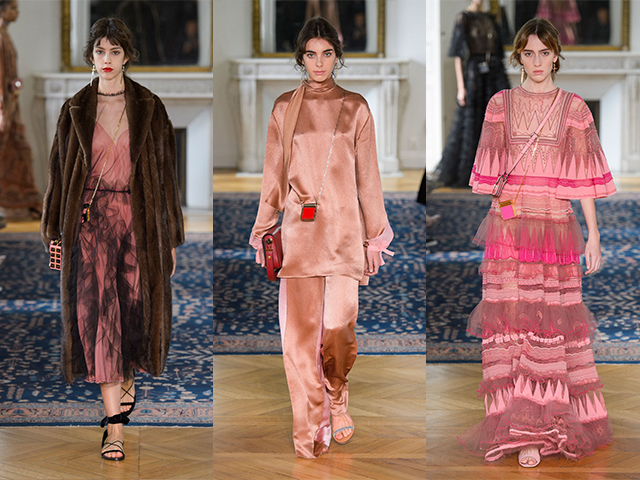 The sinuous veins of geodes splashed across slippery slips at Givenchy. The first looks sent down the runway showcased blown up prints of dissected gems. The undulating curves were then replicated more subtly in stylized necklines and fluid style lines. "It's all about the mandala, the strength of nature and the strength of spirituality," offered Riccardo Tisci. Large slices of agate hung off heavy chains offering an incorporeal hint to stark tailoring. The collection culminated in a Nirvana of psychedelic experiences manifested in dizzying prints and reflective embellishment. 'Tis a show that touches both heaven and Earth. 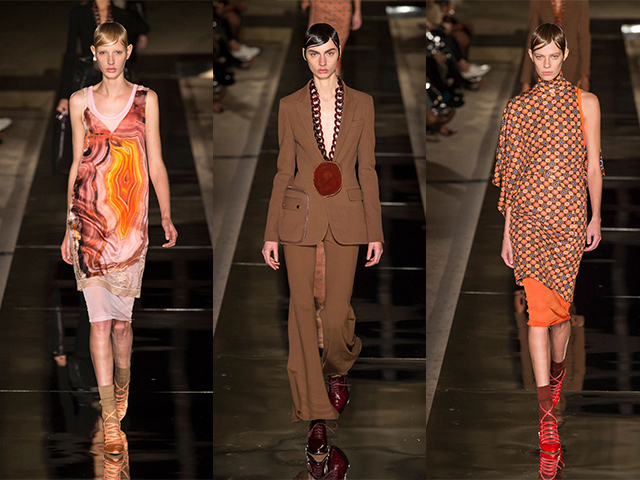