Staying grounded, to a degree

One of the hottest tickets at Paris Fashion Week is undoubtedly the Balenciaga show, and judging from the sheer number of editors wearing the brand at the show this morning or taking styling cues from them, you know Demna Gvasalia has hit fashion jackpot, just a year after being at helm. The show opened with coats worn off-centre, buttons curving down one side of the body—a look that will very soon be a big hit on the streets—time to move away from shrobing. 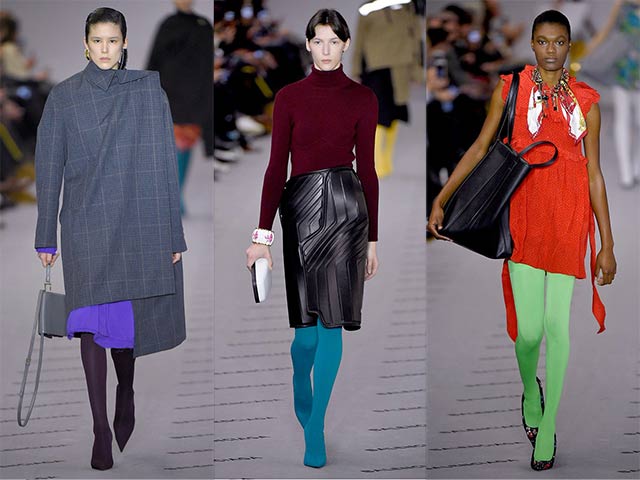 Gvasalia expanded on ideas seen last season—there were more oversized puffer coats, supersized bags, and spandex pumps, and with his knack of turning the seemingly ordinary into the highly desirable, there were mirror clutches in the shape of car mirrors, and skirts made of car seat covers. Models also wore shiny metal keys around their wrists and necks, as if they were girls on their way out of the house in a rush.

The real highlight though, were the finale looks—Cristobal Balenciaga's couture dresses reimagined, an homage to the centennial of the brand this year. Gowns were paired with those spandex heels and supersized bags. A favourite? The feather gown matched with an XXL Bazar shopper tote also completely covered in feathers, so you can bring a change of clothes, AND shoes to the ball.

As always, practicality reigns supreme with Phoebe Philo's creations at Céline. The models may as well have been walking on the streets in Paris—that is how wearable the clothes look, albeit with a nonchalant air of luxury. Perhaps that explains the set: the platform on which the audience were seated revolved around the runway, while the models strutted around seemingly at random, like passersby crossing each other on the street. There were boxy pantsuits and coats that will fit right into the Céline woman's work wardrobe, billowing coats that look travel-ready, and dresses for just the hint of romance should her evening occasion call for it—#BuroLoves the halterneck with a long, lean silhouette and fringed hem. Boots and shoes look fit for everyday wear, sporting low heels and a minimalist aesthetic. 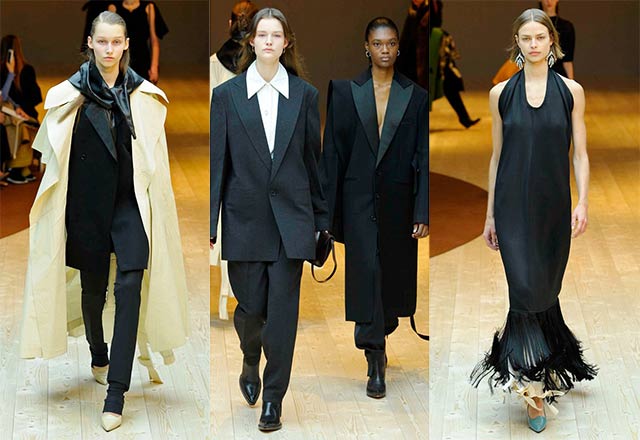 Another designer with a non-swaying vision is Valentino's Pierpaolo Piccioli, whose hand of romanticism weaves together a collection inspired by two disparate themes: Victorianna and the Memphis Group—the Italian design group known for its bold, colourful and geometric style in furniture. Notions of the former were apparent in the house signature dresses with high necks and long sleeves, while the latter made a statement in vibrant colours and patchwork prints. Some of the standout looks incorporated both themes beautifully: a long coat of dusty jade worn over a dress of Memphis print that peeks through the plackets; and the final dress, which flaunts the brand's signature aesthetic with a mix of Victorian details and contemporary pop colours. Silhouettes were soft, flowing and romantic—just the way we know, and love, of Valentino. 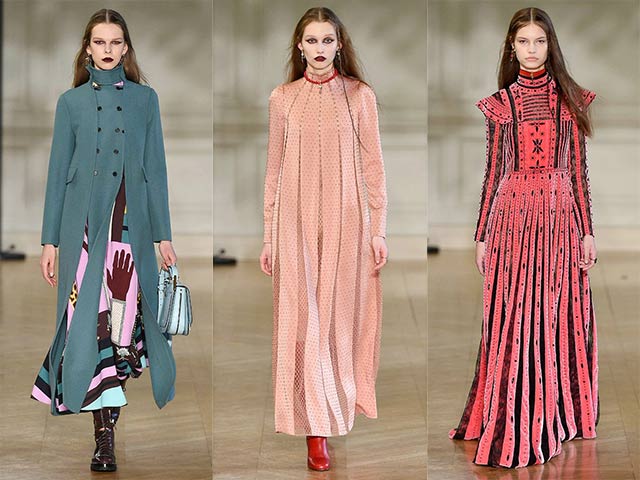