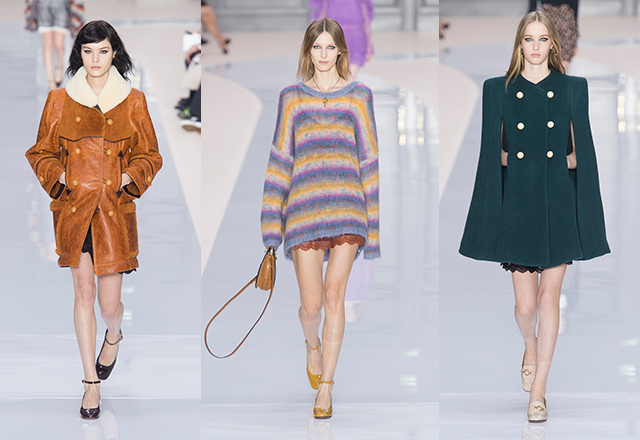 Clare Waight Keller quoted "psychedelic optimism" for her final collection at Chloé, but it was a collection that was tinged with a sense of practicality rather than sensory overload. She dabbled with tailoring via this season's biggest trend—strong shoulders, spotted on outerwear of all sorts from cape dresses to double-breasted leather coats. But she didn't forget to imbue the spirit of a Chloé girl with staple floral dresses that took on a '60s veneer with blouson sleeves and short snazzy hemlines—all paired with Mary Janes that had brogue detailing. All in all, a fitting swan song that summed up her six-year tenure at the Parisian label. 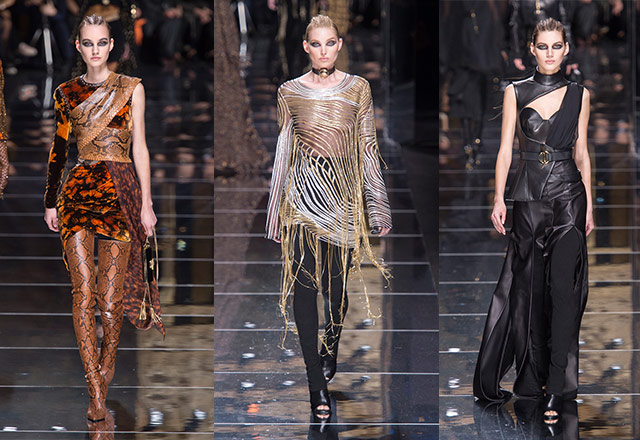 At Balmain, Olivier Rousteing delivered 80 looks that a 21st-century glamazon would wear to channel her inner strength as a modern-day rock 'n' roll-listening Xena would. Extravagance took its form in a multitude of embroidered, embellished, sequined, and layered ensembles in shades of tan, brown, black and gold. Leather, snakeskin and shearling were in abundance, not to mention boots that snaked up to the upper thigh. Standout details were the wide corset belts that are already taking street style by storm this season and a '90s redux by way of wolf illustration on T-shirts (grunge aesthetic if anyone's looking for a throwback) and a recurring tie-dye motif. 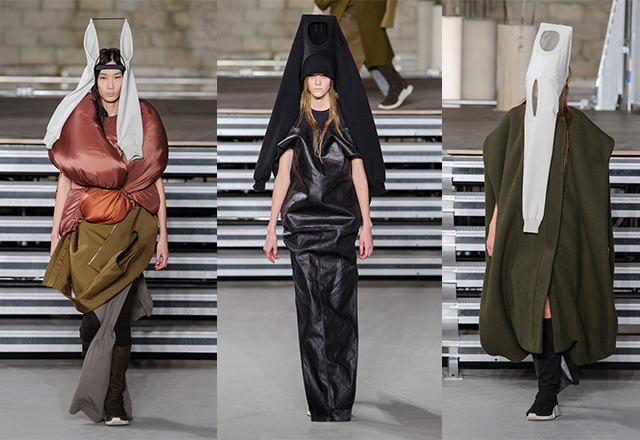 In typical Rick Owens' fashion, incongruity was one consistent theme throughout his collection—he did cite "improvised ceremony" as his inspiration this season, so one would only expect ceremonial tunics, robes and the like. But what he did was conjure up a plethora of looks that seemingly appeared that they've been folded, draped and layered using sweaters, puffy jackets and perhaps even duvets—all in varied lengths. The headgear was also mind-boggling to boot, basically made with shirts stretched over wire frames that had sleeves falling over in the front and over the sides of the models' heads.

Pops of colour on the streets at Paris Fashion Week AW17