While we saw exciting and memorable performances in the K-pop side of the world in 2022, the same can also be said about the cinematic world. From the return of fan-favourite TV shows such as Stranger Things and House of the Dragon to stellar film features, the world was introduced to many rising actors and actresses whose performances defined the year for many fans. Even though they have been acting in several other projects before this, it was 2022 that truly shifted the gears in their career and catapulted these stars to newer heights.

In 2021, we saw the rise of Simu Liu, Regé-Jean Page, and more who further cemented their place in Hollywood with significant projects since their breakout roles. Come 2022, child star Keke Palmer made a huge return to the big screen with Nope, whilst newcomers Tenoch Huerta and Dominique Thorne were introduced in the Marvel-scaled Black Panther: Wakanda Forever. However, neither are on the list as it was truly as competitive as it was exciting.

Ahead, we’ve gleaned the 10 biggest breakout stars who made their mark in 2022 and who you should keep an eye out for in 2023. Starting strong is, of course, the Gothic It-Girl that made the whole world dance, dance, dance with their hands. Jenna Ortega has already been acting since she was nine but her performance as Wednesday Addams has made her a worldwide sensation, gaining close to 30 million followers in just two months and most recently, a Golden Globe nomination. The titular character is known for her deadpan demeanour and psychopathic tendencies, which Ortega played exceptionally well and successfully reinterpreted the iconic character for the modern palette. Wednesday comes off of the actress’s already stellar year with projects such as the critically-acclaimed horror films X and Scream 5. If there was one show that truly gripped viewers in 2022, it was undoubtedly the prequel series House of the Dragon. Fans of the beloved Game of Thrones had high expectations for the series that would follow the politics of the Targaryen family. The pressure was also on as Milly Alcock, who played the character’s younger self, was so well-loved by audiences and there were many doubts around the recasting. Fortunately, Emma D’Arcy’s portrayal of the Targaeryan Queen quickly blew any uncertainties out of the water. D’Arcy showed the range and depth of her acting by balancing the powerful, loving, vulnerable yet intimidating aura of the dragon-riding Queen. Fans can look forward to more of D’Arcy’s performance in the second season of House of the Dragon. If House of the Dragon ruled the second half of 2022, then it was Stranger Things Season Four that dominated the small screen in the first half of the year. Currently still the most-watched English-language series on Netflix, the show that follows a ragtag group of teenagers who fight against an alien invasion could not have been a more appropriate choice for Joseph Quinn to show off his boyish charms. After being in several minor supporting roles before this, Quinn finally got his big break as Eddie Munson. He was able to make the misunderstood character multi-layered and complex, all the while fitting right in with the tight-knit group’s dynamic and chemistry. While fans of the show were devastated at Munson’s heroic sacrifice in the season finale, they will be able to see Quinn again on screen as he is set to play the protagonist of A Quiet Place’s prequel movie, A Quiet Place: Day One. Starring as the oldest daughter of the Sharma family, Simone Ashley was the Diamond of Bridgerton Season Two. The highly-anticipated sequel following the Bridgerton family’s pursuit of love was a huge hit on Netflix, primarily for Ashley and co-star Jonathan Bailey’s sizzling chemistry. Playing forbidden lovers caught in the middle of an arranged marriage, Ashley conveyed Kate Sharma’s feelings of longing and desire with a subtle restraint that had viewers squealing into their pillows. Notably, the actress was awarded IMDb’s Breakout Starmeter Award, proving the rising star’s popularity. Fans can catch Ashley again in Bridgerton Season Three. We would argue that there was no other actor who made quite the transformation as Austin Butler. To portray the King of Rock is no easy feat, but Butler came pretty close. His performance as Elvis in the eponymous biopic shifted the gears for the Disney actor and made him a household name. From older diehard Elvis fans to Gen Zs, Butler impressed audiences with his (real!) singing, dancing, baritone voice, and extreme gyrating. Many are already predicting that Butler will receive a Best Actor Oscar nomination for his uncanny performance. With all the buzz surrounding him, the actor is confirmed to star in another major blockbuster, Dune: Part Two, which will only further his upward career trajectory. We’ve already mentioned her brilliant performance before, but Milly Alcock deserves a place of her own on this list for her portrayal of the younger Rhaenyra Targaryen. In an impressive lineup of established actors such as Matt Smith, Olivia Cooke and Paddy Considine, the 22-year-old actress was able to hold her own and delivered a captivating performance. Her impact during the first five episodes was so strong that fans were even worried that viewership would drop after the recast. While there are no confirmed projects in 2023 so far, showrunner Ryan Condal teased that the “door isn’t closed” on her possible return in flashback scenes. 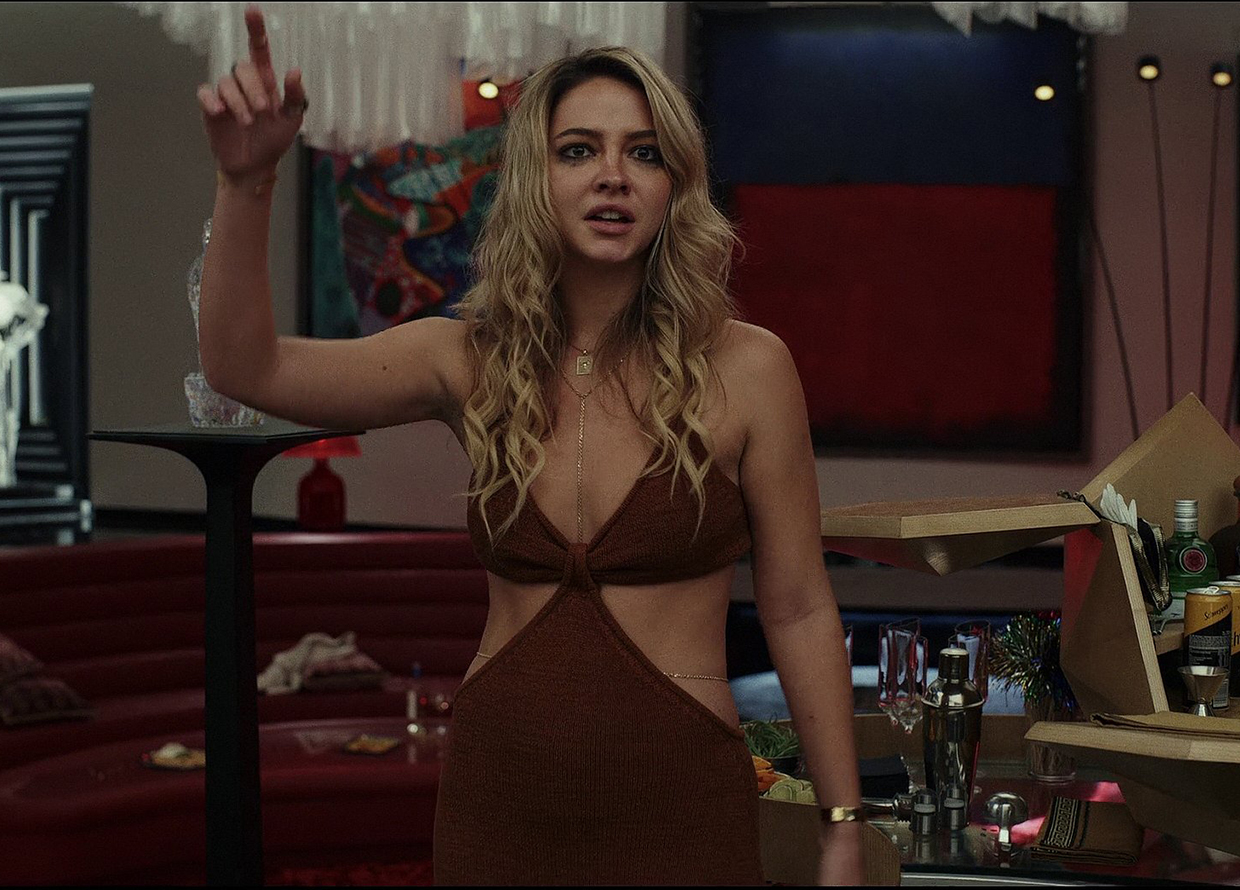 If you’ve already watched Glass Onion: A Knives Out Mystery, then you probably remember the bombshell Whisky who became an absolute scene-stealer. Played by Madelyn Cline, Whisky was particularly memorable for her comedic timing and over-the-top reactions that stood out even amongst Hollywood juggernauts such as Daniel Craig and Kate Hudson. Cline was already known amongst Netflix watchers for being the lead in the hit series Outer Banks, but it was Glass Onion that really got the buzz going about the 24-year-old actress. With the success of the whodunit, we expect viewership for the upcoming third season of Outer Banks in February to skyrocket as fans are keen to catch Cline on screen again. 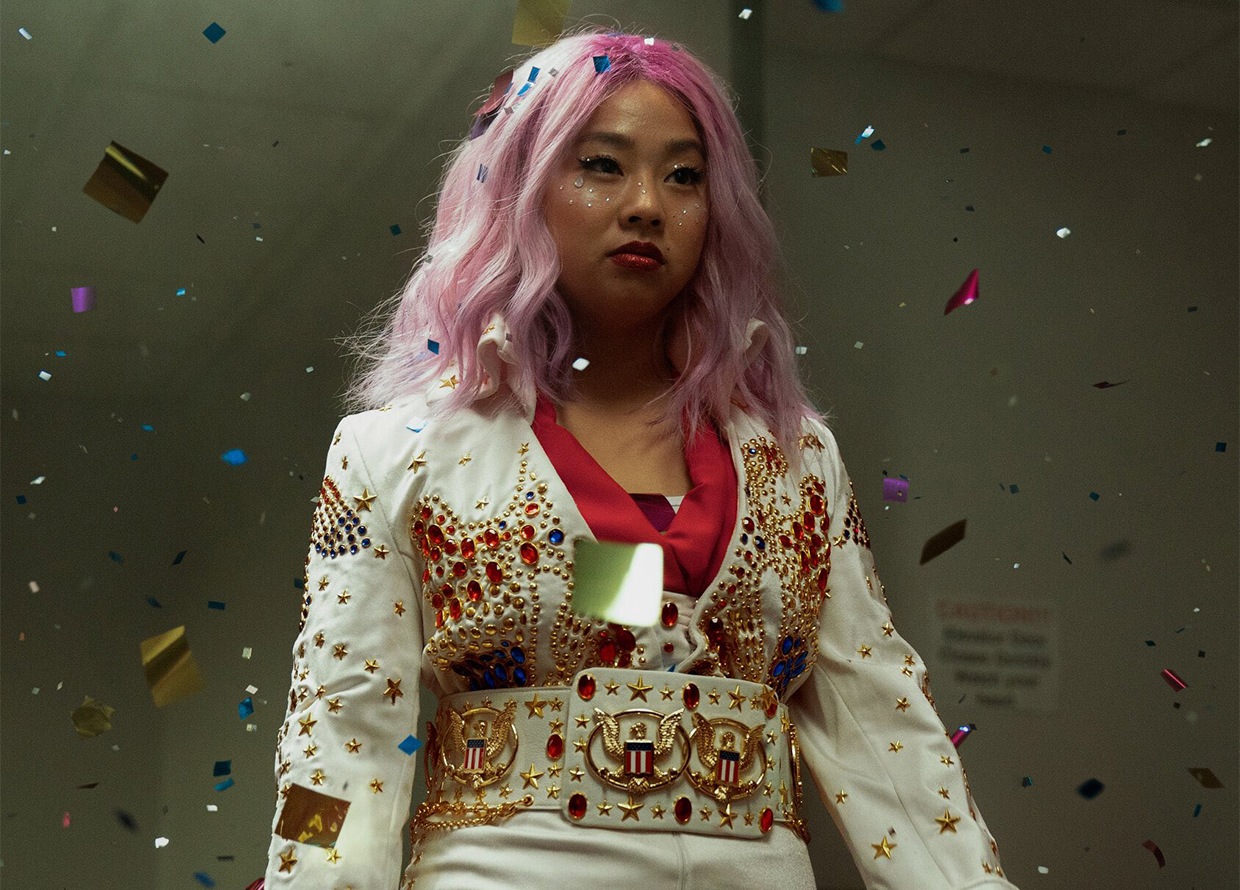 Named The New York Times’ breakout movie star of the year and the winner of the Breakout in Film Award at the 2022 Annual Asian American Awards, Stephanie Hsu is a rising star in every sense of the word. Her breakout moment was her role in the mind-tripping multiverse of A24’s Everything Everywhere All At Once. Audiences and critics raved about Hsu’s impressive acting range to depict the depressed daughter Joy Wang (alongside Michelle Yeoh as her mother) and the evil maniacal villain Jobu Tupaki. Hsu is also showing that she is indeed everywhere all at once with a lineup of projects confirmed including a Rian Johnson Peacock series, a Disney+ action-comedy series, and The Fall Guy starring Ryan Reynolds and Emily Blunt. Taylor Russell had an incredible year in 2022. The Canadian actress received some acclaim for her role in 2020’s Waves; however, it was her performance in Bones and All that catapulted her into the Hollywood circle. Directed by Luca Guadagnino and co-starring Timothee Chalamet, the horror romance was already set up for success but Russell pulled her weight and stunned audiences with her portrayal of a cannibalistic young woman. Since then, the actress has received multiple love calls from fashion houses (she is the new brand ambassador for Loewe) and we have a feeling the same will be happening for film projects in 2023. Hailing from Britain, Daisy Edgar-Jones first gained recognition by starring in Hulu’s limited series, Normal People during the peak of the pandemic. She spent years as the female lead of Epix’s War of the Worlds show, but her rise in Hollywood came from a fantastic year of projects in 2022. She started the year in the horror-comedy Fresh opposite Sebastian Stan. One month later, she starred in the crime miniseries Under the Banner of Heaven alongside Andrew Garfield and Sam Worthington. Her lead role as Kya Clark in the Reese Witherspoon-produced film Where the Crawdads Sing became a surprise box office hit, solidifying her as one of 2022’s breakout stars. Currently, she has signed on to play iconic singer and songwriter Carole King in a musical-to-film adaptation of Beautiful.