It all started with the monumental moment when a 357-carat rough was discovered at the Letšeng mine in the Kingdom of Lesotho, the mine where many of Graff’s most brilliant stones have been discovered. Upon a closer look at the rough through a loupe, Laurence Graff set out to create a magnificent diamond—one that is not only large but is also of the highest grade in all significant attributes: The Graff Venus. Laurence Graff, chairman of Graff Diamonds, says: “We were given a once in a lifetime opportunity and we created absolute perfection. I am proud to say that we delivered the very best. The Graff Venus is beyond words. It is the most beautiful heart shape diamond I have ever seen.”

From discovery to completion, the process of creating The Graff Venus took 18 months. The Graff team spent several months of in-depth analysis using the latest computer technology and expertise, before proceeding to cut and polish the stone. After the initial cuts were made, craftsmen took the diamond to the wheel and worked carefully to ensure the vital symmetry of the stone. Upon completion, the diamond was sent to the Gemological Institute of America for certification, cementing its place as the largest D Flawless heart-shaped diamond in the world—the D colour grade means it is colourless (the top of the colour scale for white diamonds), while the flawless attribution indicates it is at the top of the clarity scale. 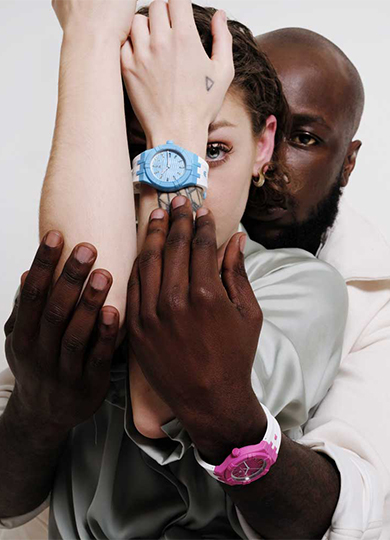