Star introduction: After designing futuristic racing vehicles with aeronautical influences, Bell & Ross takes to the skies with their aviation know-how—both literally and in watchmaking—as their design studio unveils the BR-Bird, a high-speed concept plane powered by a V12 Rolls Royce Falcon engine, and two new Racing Bird watches inspired by the aircraft, a.k.a. Bell & Ross' star pieces at Baselworld this year. Designed for the cockpit, both the BR V1-92 and BR V2-94 Racing Bird flaunt grey, blue and orange accents on the dial with Superluminova-filled hour and minute hands for enhanced legibility. Spot the aircraft silhouette on the second hands.

Also on our radar: Bell & Ross introduces the Diamond Eagle in three new colour variations: grey, pink and white. All three are available in either satin-effect calfskin/alligator straps or mesh/ceramic bracelets, and a diamond-studded bezel for those who like a little more sparkle on their wrists as well.

Taking sail: Breguet's heritage harbours close ties with the sea—founder Abraham-Louis Breguet was appointed watchmaker to the French Royal Navy back in the day after all. Anchored by this unique heritage are new additions to the Marine collection. Among them is the Marine Alarme Musicale 5547, which houses a trio of complications—an alarm, date, and second time zone. It comes in three versions: the white gold and rose gold versions sporting exquisite wave motif on the dial, and a titanium variation that comes with a sleek, slate grey sunray dial. A ship's bell appears at the opening at 12 o'clock when the alarm is triggered.

For the ladies: A beautiful new reinterpretation of the Reine de Naples 8908 is presented this year, stealing hearts with a rose gold case set with 128 diamonds and partial mother-of-pearl dial. 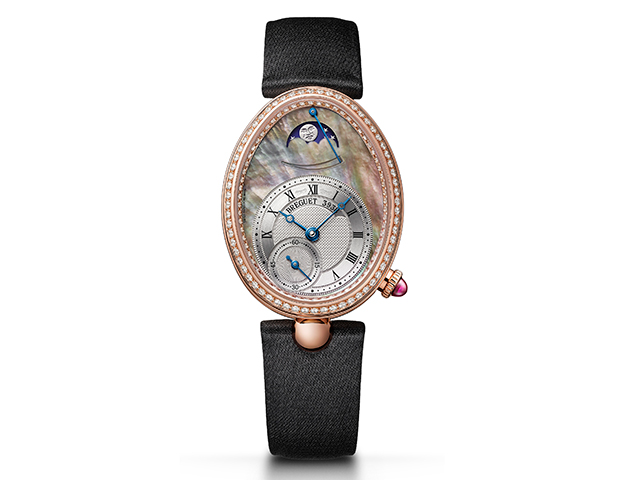 Milestone collection: Harry Winston celebrates 20 years of the Ocean Collection this year, marking the occasion with five new timepieces in the range; four for the ladies, and one men's timepiece. The role of the queen of the seas goes to the limited edition Ocean 20th Anniversary Biretrograde Automatic 36mm, a stunning 18-karat white gold piece featuring a mother-of-pearl dial sparkling with diamonds and blue Paraiba tourmalines, capturing the beauty of a shimmering ocean brilliantly.

More to love: Twinkling with an aventurine dial flanked with diamonds, the Premier Precious Moon Phase Automatic 36mm is a celestial sight to behold, complete with an iridescent moon phase display of mother-of-pearl.

Talking piece: In conjunction with the 55th anniversary of the Carrera, TAG Heuer releases several new models in the range. The cream of the crop is undoubtedly the Carrera Chronograph Tourbillon Chronometer "Tête de Vipère" (Viper's Head), the first chronograph from the brand to bear the prestigious certification—only 500 watches have had the same honour since 2006. Powered by the Heuer-02T movement, the inherently sporty timepiece bears a handsome dark blue ceramic case and is limited to just 155 pieces.

Colourful options: The newly redesigned TAG Heuer Formula 1 Lady now comes with a wide range of straps in both classic and fun, summery colours that can be changed easily.

A new tribute: ICYMI, Jay Chou has recently been named as Tudor's latest brand ambassador. If you've seen the campaign images, then you will have seen the all-new 1926 line that pays homage to the year the brand was established. Despite its historical notion, the timepiece looks timeless, with an elegant design that features a domed, waffle-embossed dial. Made for both men and ladies, it comes in four sizes—28mm, 36mm, 39mm and 41mm—with cases available in full steel or steel and gold. We especially love the minimalist look of the steel version with an opaline dial, decorated with deep blue numerals.

Refreshed classic: Tudor's well-known Black Bay watch was introduced in steel and gold (S&G) last year, and now it comes with a champagne hue dial that is both bold and dignified. 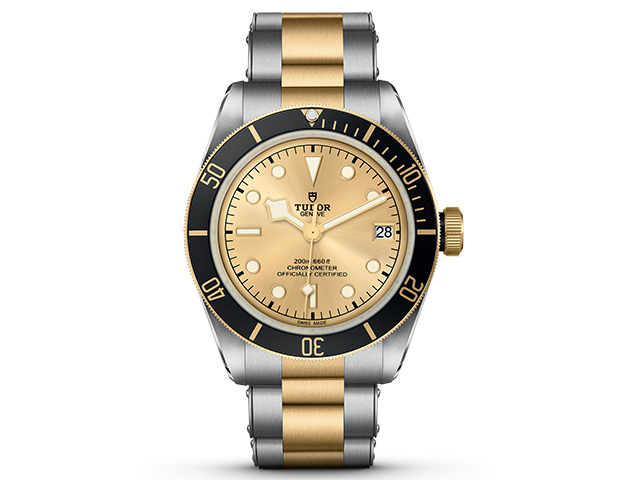 Taking the TAG Heuer Connected Modular 45 smartwatch on a #BuroGetaway