The rise of sports-styled menswear

Twenty years ago, Giorgio Armani would have baulked at the thought of incorporating sportswear elements into his collections. The Milanese designer, whose colossal fashion empire had been constructed upon the purest lines of classic menswear, never let any outfit out of his studio that wasn't a meticulously tailored look. Activewear was the preserve of the designer, after all: he alone could wear a crewneck T-shirt and white sneakers onto the runway and still get away with it, standing ovation and all.

And yet, at Armani's fall 2015 show in Milan this past January, models barrelled down the runway in baseball jackets, Henley shirts, and backpacks, made up in such luxurious materials such as vicuña and alligator. In the past decade, his runways have seen zip-up hoodies (fall 2006), drawstring sweatpants (spring 2009), tennis sneakers (spring 2013), and countless other pieces sneakily appropriated from the alternate universe of sportswear.

Armani's shifting design aesthetic is but one instance of a larger sportification trend across the menswear industry, from youthful labels like Michael Bastian to historic ateliers like Louis Vuitton and Berluti. Last season, for instance, the latter debuted Playtime - a tennis sneaker miraculously cut, constructed, and hand-shaped from a single piece of leather, in homage to the classic wholecut shoes the 120-year-old maison has built its reputation on. Paired with unlined solaro suits and linen mackintoshes, the shoes took on a breezy elegance that bore creative director Alessandro Sartori's distinctly alchemical signature. 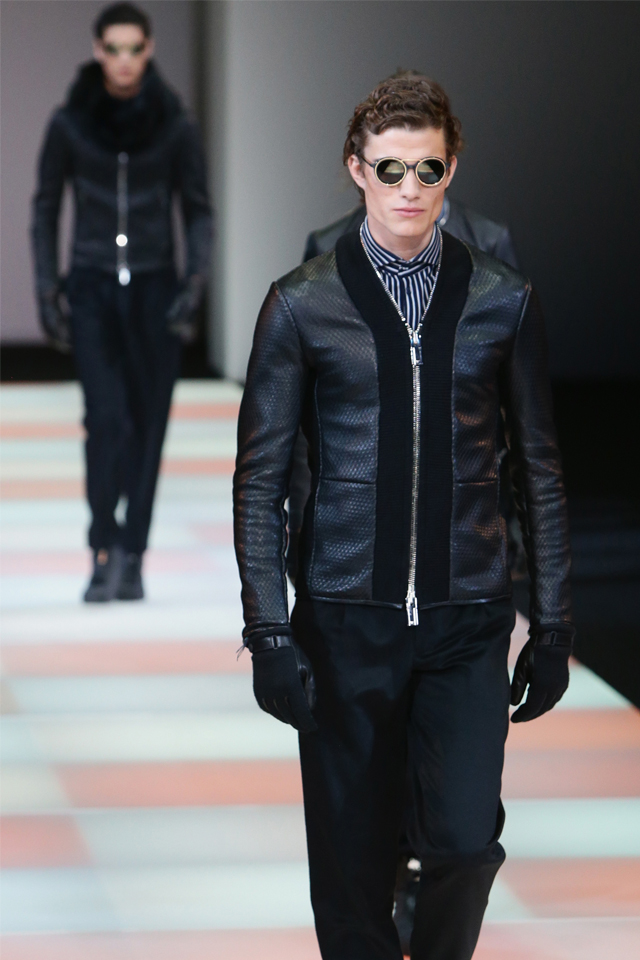 To purists, this hybridisation of menswear and sportswear represents blasphemy in the highest - a verboten, hideous décollage of the perfect tailoring canvas. I suspect that for every Playtime that exists, there lives a tweed-suited baron somewhere out there, dry-heaving into his hand-rolled Irish linen kerchief, nigh collapsed if not for the moral support provided by his ivory cane.

And yet it seems that for most of the menswear world, this aesthetic shift comes as quite the favourable turn - a welcome breath of fresh air in a creative landscape that had been starting to look somewhat dated, to say the least. To be sure, these luxury houses' menswear collections are invariably still anchored in the basic tenets of classic tailoring; the boundaries between said tailoring and sportswear, however, have become superbly blurred lines that Thicke and Co. would be most proud of.

In many ways, the unholy matrimony of these strange bedfellows can be traced back to the carnival that is Pitti Uomo. With dandies trying season after season to outmanoeuvre each other in their quest for sartorial singularity, it was only a matter of time before they turned to baseball caps and running shoes for distinction. Little surprise, then, that the biannual event has become a key launching ground for some of the biggest menswear-sportswear hybrids of our time: in 2003, the hugely successful casual tailoring Z Zegna brand was launched, which last summer got reincarnated as Z ZEGNA (having absorbed the technological leisurewear line Zegna Sport). Kitted out in Techmerino suits and hooded blousons, models parkoured their way across a colossal scaffolding structure in Florence's Stazione Leopolda, making quite explicit in their acrobatic display what designers Paul Surridge and Murray Scallon described as 'high-performance sportified tailoring for the urban adventurer'. My neighbour, wearing a bespoke Rubinacci suit with a rugby sweatshirt and running shoes, seemed to look quite pleased at this sartorial affirmation. 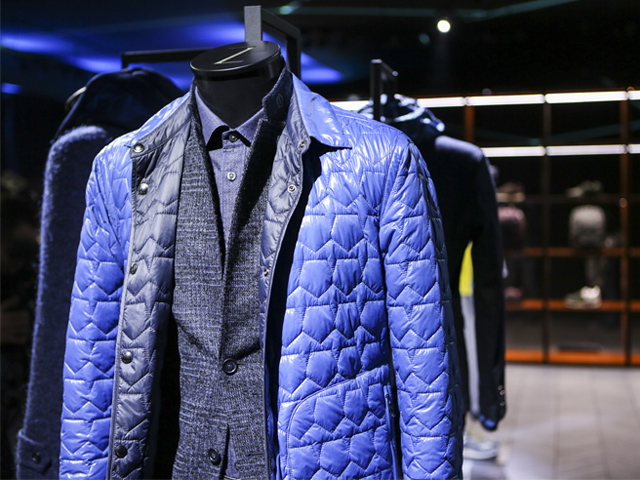 But perhaps there exists a more visceral reason for this hybridisation. As Antonio de Matteis, CEO of Italian tailoring label Kiton explained to me, the aesthetic shift towards sportswear reflects a desire for relatable, everyday luxury - something menswear labels, through decades of ultra-sophisticated collections, have generally snubbed. With the cultural power base shifting from staid, business-oriented clients to young, stylish men-on-the-go, brands can no longer afford to design clothes appropriate only in the boardroom or theatre and nowhere else; in order to stay relevant, that is, menswear collections are breaking out of the haut monde box, refined and perfect as it may be. There is, after all, a certain elegance in an outfit that co-opts pieces from the myriad aspects of one's identity, instead of an inorganically highbrow look.

It is this very reason, of course, that prompted the Naples-based company to found a dedicated sportswear workshop in Parma in 2000 to produce the funkier elements of its men's collections. Meanwhile, across the English Channel, even the incorruptibly conservative Savile Row aesthetic is getting its own sporty spin: institutions like Hardy Amies and E. Tautz regularly layer their handmade suits with ski parkas and tweed tracksuits, which if nothing else lends credence to de Matteis' theory of relevant luxury.

Where precisely menswear will end up in the next decade is anyone's guess, but it seems that - for now at least - activewear has been firmly cemented into the menswear world's collective cultural consciousness. I, for one, am certainly not giving up my ruffian suit and sneaker combo anytime soon.