Strength in its many forms

After two seasons in Paris, RiRi revs back to the Big Apple for a crash course in what we're coining as "ath-danger"—the adrenaline-induced version of athleisure—if that wasn't obvious enough. With millennial pink glitter dunes as backdrop, an X Games-inspired Fenty x Puma collection stomped out in all its Motocross and scuba-diving glory. Not only did the designs stay true to the extreme sports they referenced—think: biker suits, sporty maillots tucked into baggy nylon pants, and rustling anoraks featuring industrial buckles and straps aplenty—a daredevil edge is minimum requirement to actually pull off many of the daring looks. But before you muster up courage to don a body-hugging and skin-flashing number, start practicing your walk in those soon-to-be-huge flip-flop heels the Fenty girls were rocking. 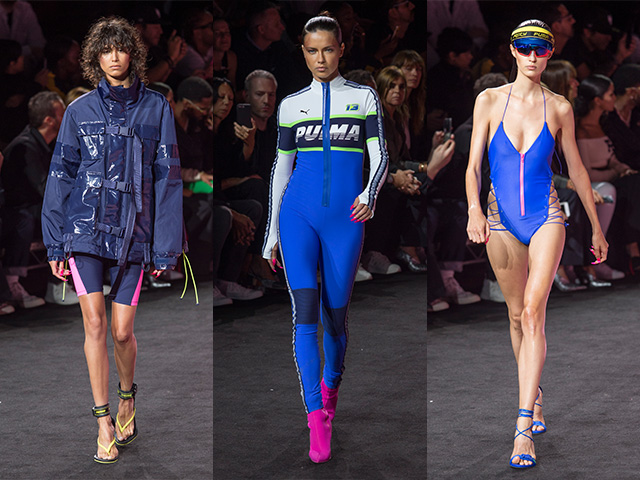 The creators behind the cult-followed return of the bucket bag have finally unveiled their debut ready-to-wear line. Fans of the Mansur Gavriel's minimalist aesthetic will find familiarity in the pared-back showing of pieces that could collectively form a succinct, but very chic and complete autumnal wardrobe that you can see-now-buy-now. By doing away with the frills, the focus on form and material remained razor sharp. Chunky knits and longline coats were oversized but not overwhelming, hems hit the perfect point for every intention and textiles of superior make were deployed for each rendition of the staple garment. Emphasis on colour too, was translated from the label's prior experience in accessories; temperate colour ways chosen oscillated between monochromes and tonal ensembles with maturity and ease. 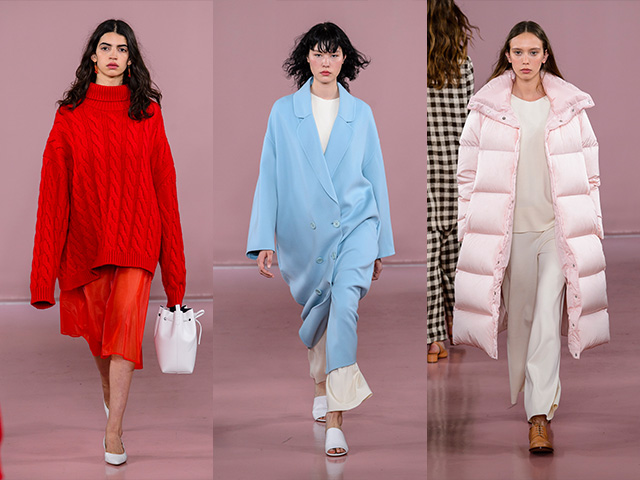 Prabal Gurung touched base with both the strength of womanhood and the tenderness of femininity for Spring 2018. Refreshed suiting silhouettes exuded dominance through an interplay between power shoulders and corseted waists. Elsewhere, flounces in diaphanous fabrics flitted down the runway in sherbet hues and vintage florals. A diverse cast of models that featured various skin tones and body shapes deserves extra commendation in our books. Our favourite picks from the show include the beautiful bias-cut tartan dress that splices two variations of the check in an intriguing twist and Gurung's now signature button-and-loop garment construction executed in a subtly spangled material with a dash of fringing—gotta appreciate them low-key disco vibes. 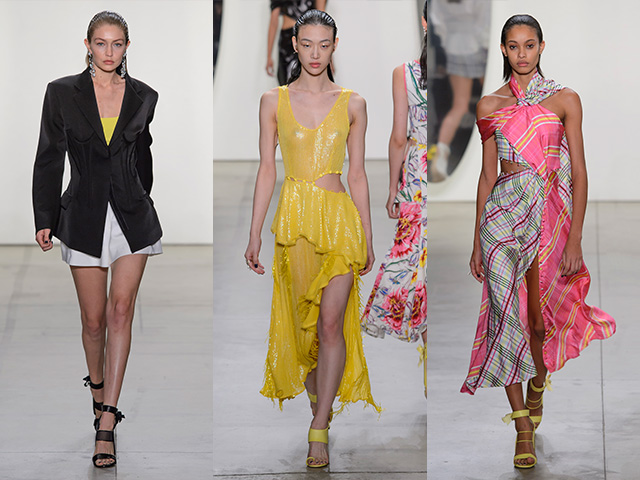 "Delicacy can be strong." Victoria Beckham's proclamation was evident in her presentation of assertive pieces done in translucent cloth of a powdery palette. The line exemplifies how the brand has become the epitome of city-chic dressing and undiluted femininity. To avoid tipping over to saccharine girlishness, sharp tailoring in muted tones anchors the collection to a sense of facile sophistication. Louche silhouettes remain in favour whilst reiterating the brand's vision of wearability. Beckham, herself underlines this very point when she said, "There was a time when I'd wear show looks but it's no longer about creating show pieces, it's about creating a collection you can actually wear. There's nothing here that's been created just for the show and that you cannot wear and that we're not gonna sell." 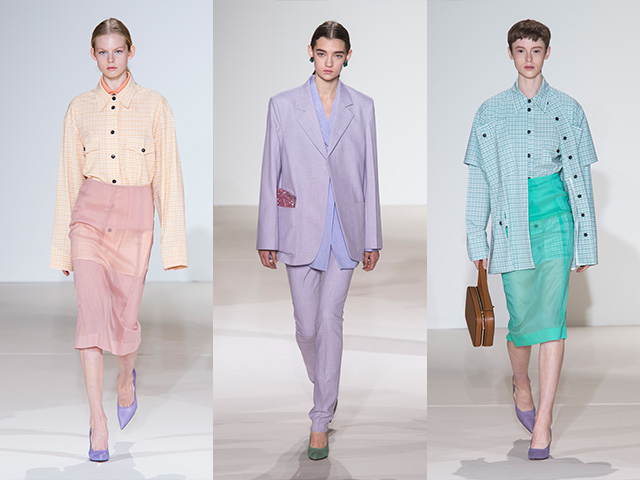