The cosmetics brand has designed another collection to honour the Queen of Tejano Music—Selena Quintanilla. The original collection launched in 2016 and was an instant sellout, and the relaunch will include 13 products including three lipsticks, a bronzer, mascara, liquid eyeliner, five eyeshadows and a powder blush—all named after the singer's iconic songs. The collection drops in April and will be available in select markets. Watch this space for updates.

Kylie Jenner has a trademark on the brand name "Kylie Hair"

Looks like the beauty mogul billionaire is set to expand her beauty empire with a haircare line. Jenner applied for a trademark on the brand name and official documents suggest that it has been approved as of February 6. The brand is set to include a variety of shampoos, conditioners, hair masks, dry shampoo, hairsprays and hair dye. Who's excited for this launch?

In a sweet tribute to the late NBA star and his daughter, Kobe Bryant's sister Sharia Washington has gotten a new tattoo. The homage tattoo shows a snake in the shape of an infinity symbol with the digits 2 and 24, representing their jersey numbers and the NBA player's nickname 'Black Mamba'. 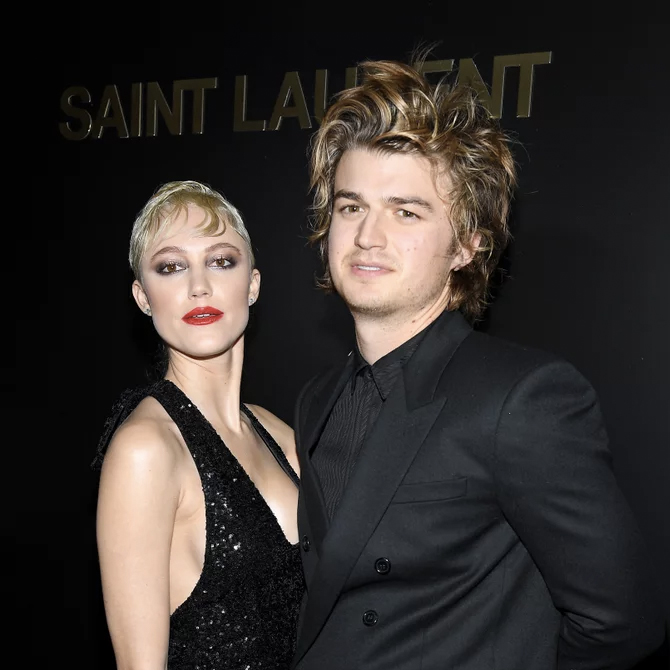 Everyone's favourite Mum™ on Stranger Things has sported a huge change in hair. We've seen him with his staple gravity defying locks, we've seen him with a short-lived bowlcut but we haven't seen him with chunky highlights...until now. The beloved actor sported his '90s boyband 'do at the Saint Laurent show during Paris Fashion Week, with his girlfriend Maika Monroe at his side.

Taylor Swift transforms into 'The Man' in her new music video

You'll be doing a double take while watching the singer's new music video in her biggest beauty transformation yet. Turns out, T-Swizzle is the man. With the help of makeup artist Bill Corso, the 30-year old singer's before-and-after look took "between 4–6 hours in the makeup chair every day," she said in an Instagram post. Watch the end of the video to see her whole transformation—The Man also marks Swift's directorial debut.

The singer took a step back from her usual glamorous feed and showed off her natural beauty. In her candid Instagram post, she said "Haven't done a #NoMakeupMonday in yearssss but I figured after posting so many glamorous pics with tons of makeup and hair pieces, it's important to show myself underneath it all. This is what I look like 85%-90% of the time. Proud of my freckles, proud of booty chin and proud of myself for loving and accepting myself the way I am."

Need a next-level glow worthy of a supermodel? Take what Kaia Gerber's facialist offers—a 24-karat gold leaf facial treatment that is able to "provide the skin with an immediate sense of wellbeing, treating redness and fine lines while evening the skin's tone and promoting a healthy glow." Her celebrity-approved facialist, Mimi Luzon, is also the skincare maestro behind the faces of Bella Hadid and Victoria Secret's Angels.