Happy Malaysia Day! To celebrate, we’re paying homage to Malaysia’s rich heritage—join us on our journey through the decades as we explore the rich and colourful beauty history of Malaysia. We’re taking a trip through time, looking at some of the biggest beauty trends as sported by our local veteran leading ladies and fashion icons—and trying them on for size while we’re at it!

That’s not all—we’re also delving into the background behind the looks from each decade. First things first, watch five decades of Malaysian beauty history unfold before your eyes:

The ’50s were largely defined by statement red lips, perfectly coiffed hair, minimal eye makeup and arched, defined brows. Special occasions may have warranted a wash of blue over the eyes, in addition to more heavy-handed blush on top of the everyday makeup.

The rise in the popularity of these definitive ‘50s beauty trends are largely attributed to local bombshell icons like Kasma Booty and Maria Menado; two actresses who made it big by starring in classic Malay films like Juwita (1951) and Sumpah Pontianak (1958). In fact, a flip through P. Ramlee’s filmography and vinyl covers from the era will have you met with wonderful, elaborate hairdos that encapsulate the most popular fashions of the fabulous ‘50s and the swinging ‘60s.

To recreate the makeup look, we defined the brows and accentuated the arch with a little reshaping. Then, we followed up by tightlining the eyes to define the upper and lower lash lines. Finally, we achieved that signature ’50s red lip using Decorté’s The Rouge Velvet Lipstick, a high-payoff, semi-matte lipstick that plumps and hydrates the lips for that full-on ‘50s glamour.

To achieve the structured victory rolls, we used OSIS+ Soft Dust to add some grip and texture to the hair. The moisturising, volumising powder kept the rolls nice and bouncy, while adding some much needed body to the root. Finally, the loose curls were swept up into a hair net to keep the lengths tidy.

Malaysia in the ‘60s was all about big, bold wings and beehives—fashion icons like Saloma and Sarimah were regularly seen with ‘up-to-there’ hair and smokey lids.

One particular look worn by Saloma (shown above) calls for a light, silvery eyeshadow cast over the lid and a graphic liner to compliment it. Further, the scarlet pout of the ‘50s made a much less frequent appearance as the starlets favoured softer pink and neutral tones of lip colour instead.

Not to mention, the mantra of the ‘60s was pretty much: ‘The higher the hair, the closer to God’ (don’t look that up). Beehives were commonplace on- and off-screen and these grand bouffants were styled in every conceivable way. From cheeky, upturned ends on bobs to sleek side ponytails and buns, the general approach was ‘bigger, bigger, bigger’.

We managed to achieve this with the help of a handy teasing comb and a major douse of hairspray. An insider’s tip? Taking this ‘do apart is no easy feat—two hours of detangling and half a jar of conditioner only just about did the trick.

Disco beauty was all about winged hair (also known as the flippy-out ‘70s shag) as seen on Anita Sarawak, along with winged, smokey eyeshadow, heavy blush contour, and glossy, full lips. Thin, barely-there brows were a big trend of the ‘70s, reminiscent of the flapper brows of the USA’s roaring ‘20s. This brow shape softened the face and added a feminine quality to the makeup.

On the other end of the ‘70s beauty spectrum is the minimalist approach to beauty. Icons like Orchid Abdullah and Helen Velu favoured natural, layered locks and fresh-faced beauty over disco glam. We thought we’d give this a go:

We created the highly-revered, fresh and natural skin of the ‘70s with the help of the Decorté AQ Cushion Foundation. This lightweight, buildable formula gave us the comfortable, natural finish we were looking for. Then, we emulated the understated, smokey wing of the era with a mix of liner and eyeshadow. The look was pulled together with a little application of a your-lips-but-better shade of lippy.

Hair-wise, these sleek curls were created with the help of OSIS+ Soft Texture Dry Conditioner. It helped to de-frizz the hair, giving the ends a velvety shine. Next, we used a headscarf to cover up the micro-bangs (this style of fringe wasn’t very common in this era), drawing inspiration from veteran celebrities at the time.

Big perms, colourful eye makeup, heavy blush, bright lips and barely-there brows were all the rage. It’s certainly the most fun and playful era of the lot, with campy lighting and outfits made to compliment the wonders of the ‘80s. Singers like Sharifah Aini and Noorkumalasari were particularly notorious for their distinctive style; so much so that we used them as our references!

To recreate the eye makeup on the Noor vinyl cover, we used a bright pink eyeshadow over the lid, blending it into the inner corner of the eye. Then, we drew the wing of the shadow outwards in a shimmery purple, continuing upwards from the lower lashline. Then, we used a shimmery light green to highlight the brow bone. Then, we went in with the blush, following the contour of the cheekbone. Finally, a berry-red pout to match the reference tied the look together.

To get the hair just right, we went in with a hefty amount of OSIS+ Texture Craft, a dry texture spray that builds volume without compromising on the natural feel of the hair, giving the hair that wonderfully tousled texture so widely coveted in that period. After a moderate amount of teasing and a spritz or two of hairspray, we had ourselves a proper bird’s nest (in a good, fashionable way).

Sleek hair, thin brows and fifty shades of brown-toned makeup made the ‘90s, with local celebrities like Ning Baizura and Dato’ Siti Nurhaliza sporting grunge-chic beauty. Other celebrities like Erra Fazira and Dato’ Michelle Yeoh embraced the fresh-faced, peach-toned, glowy look instead. While the latter is wonderful, we thought ‘90s grunge was more synonymous with the era, so that’s what we sought to replicate.

Altogether, the look is full of deep, rich browns and plenty of drama. To achieve this blended, smokey eye, we used the Decorté Eye Glow Gem in Apricot Brown and Russet Rust—these highly pigmented shades blended beautifully for the look. Next, we tackled the vampy, brown-red lip; lining the lips with a deep brown pencil and filling it in with a crimson red. Finally, we went in with the contour, emulating Dato’ Siti Nurhaliza’s sculpted look. She was a particular fan of nose, cheek, and butt chin contour—if you think about it, she basically spearheaded the Instabaddie aesthetic.

In terms of hair, the curled hair was brushed through and smoothed down, with the fringe set off to a side part. Although sleek, the locks still had a little movement and body in them thanks to the waves, capturing the effortlessly ‘undone’ spirit of the time.

So, there you have it—a lesson in Malaysia’s beauty history. Which was your favourite era? 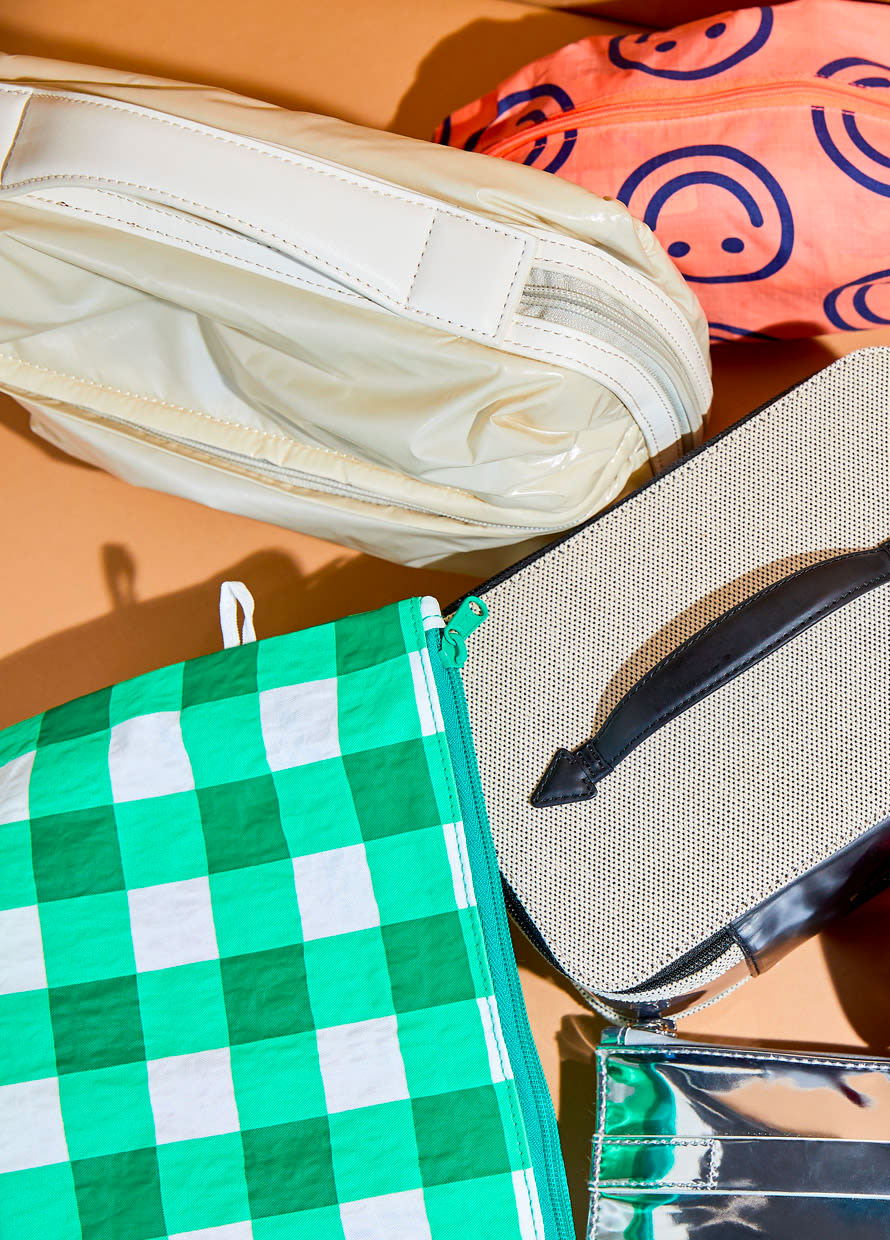