X marks the watch for Ulysse Nardin this year, as the Manufacture presents not just one, but two new creations that undeniably possess the "X Factor": the Skeleton X and Freak X. Scroll down to delve into the delectable details: 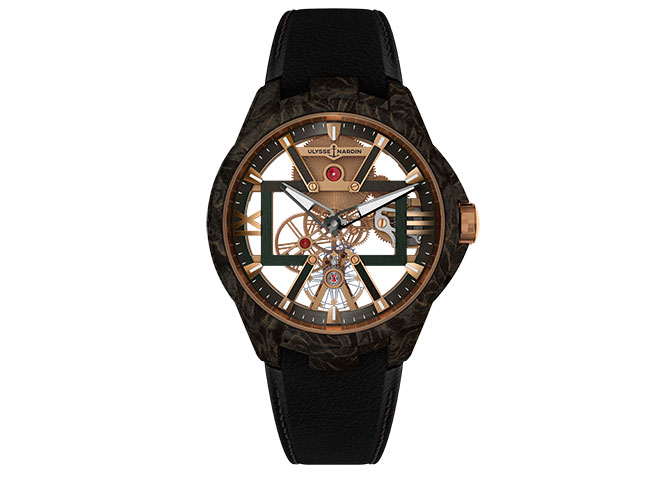 When the Executive Skeleton Tourbillon was first introduced in 2016, it drew the eye in with its hyper-modern and sporty skeletonised dial. Taking over its reign is the Skeleton X, an openworked masterpiece that takes skeletonisation to a new level. The first thing you'll notice is that this version has eschewed the tourbillon, leaving little to the imagination and putting the transparent, powerful movement front and centre. Think of it as Ulysse Nardin's X-ray interpretation of the future of watchmaking design.

The airy aesthetic also translates into the built. At 42mm, it is smaller and more lightweight than its predecessors. The X in its name is formed by four of the indexes framed in a rectangle, which is in turn contained in a circle for a tasteful play on shapes. At its heart is the new manufacture movement, the UN-371 calibre. Based on the UN-171 movement, the redesigned manual-winding movement houses a silicon gear train and 3Hz balance wheel, as well as a 96-hour power reserve.

That beautiful case with the marbling finish you see on top is made of Carbonium Gold, a new, super lightweight and sustainable aeronautical material fused with gold that is used by the manufacture for the first time. Fun fact: using offcuts from aeronautical pieces, the production of Carbonium has 40% less environmental impact than other carbon composites. 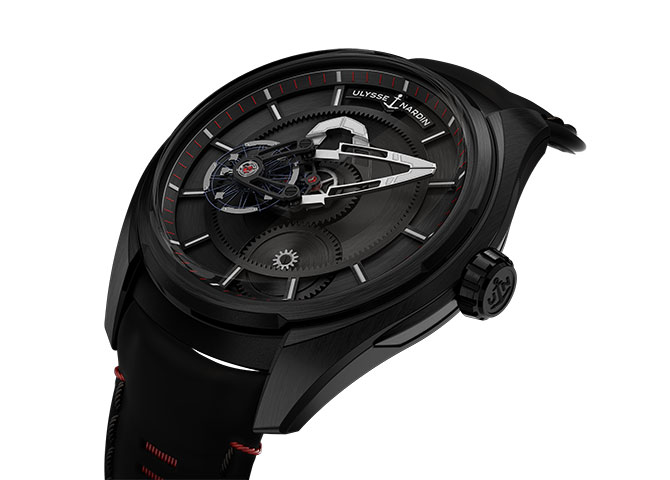 Always wanted to own a Freak but find it beyond your means? The Freak X might just be the answer to that dream. Positioned as an entry point into the iconic Freak collection—one of the very first lines of watches to experiment with silicon escapement components—the new model breaks several moulds that are found in its predecessors. For starters, like the Skeleton X, this also comes in a tighter sizing, standing at 43mm instead of 45mm. While the time correction for the Freak Vision and Freak Out models is done via the bezels, the X corrects time by the crown—the first of its kind to sport one.

Like its Freak antecedents, the Freak X has no hands—the central bridge tells the minutes while the wheel in the centre indicates the hours. The "baguette" movement is simplified in this version, but it is still a carousel, turning once on itself every hour to indicate the time. It also features one of Freak Vision's most technical innovations: a lightweight balance wheel in silicon with nickel flyweights and stabilising micro-blades. Driving the timepiece is the new UN-230 calibre - a fusion of the manufacture's UN-118 and Freak Vision UN-250 with a 72-hour power reserve.

The Freak X is also available in Carbonium, as well as titanium, rose gold and black DLC. Take a look at them here:

For more information on the Skeleton X and Freak X, visit the Ulysse Nardin website here.

All the celebs spotted at SIHH 2019

Lost for words? These spectacular mechanics will fire up conversations in no time