Inextricably linked to outer space, Omega's Speedmaster has kept time outside of Earth's atmosphere since 1962, as the first flight watches purchased and taken beyond the stratosphere by NASA astronauts Walter 'Wally' Schirra and Leroy Gordon Cooper.

In the ensuing years, a battery of tests by Nasa - which included severe temperature ranges, pressure shocks and 8.8 G vibrations - earned the Speedmaster its space flight qualification. By 1969, in a giant leap for mankind, Omega became the first timepiece on the moon when Buzz Aldrin - with a Speedmaster Professional on his wrist - stepped off the Eagle after Neil Armstrong.

This year's tribute piece marks Apollo 13's amazing recovery from catastrophe; a tragedy averted when an explosion forced the mission to be aborted. In 14 short seconds, the three astronauts onboard relied on their Omega Speedmaster to time precise engine firings which would alter the course of their command module to return to Earth - with any deviation consigning them to be lost forever.

To commemorate this historic 'successful failure' NASA mascot, and world-famous cartoon beagle - Snoopy - serves as the tribute to mark the Apollo programme, a reminder of human triumph under tremendous adversity. The Silver Snoopy is etched onto the watch's case-back on this year's Speedmaster Apollo 13 Silver Snoopy Award. www.omegawatches.com 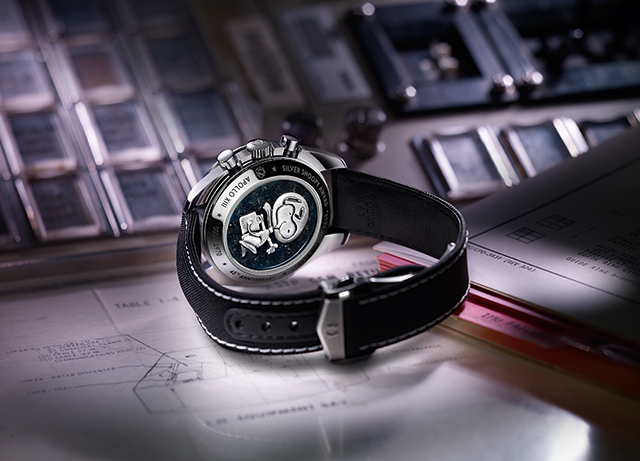