Founded in 1956, the Jaeger-LeCoultre Master Memovox was a standout for having the first automatic movement (the Jaeger-LeCoultre Calibre 815) that was equipped with an alarm function signed by the Grande Maison. An icon in its own right, the Memovox features a double crown and mobile disc that would display the desired alarm time shown by a triangular indicator. 60 years later, the watchmaking house celebrates its anniversary with the Master Memovox Boutique Edition, a reinterpretation of its vintage design that would appeal to the man of today. 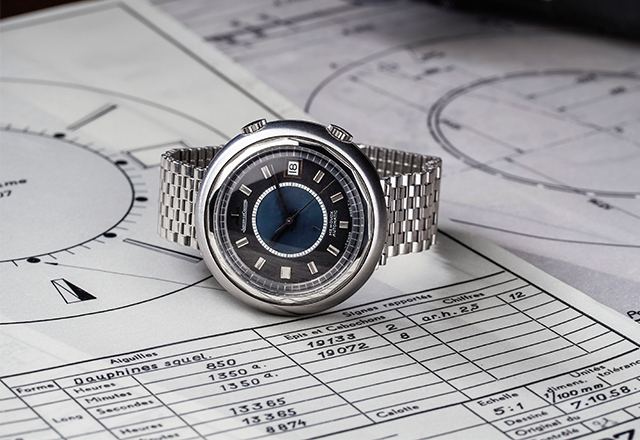 With an alarm function that's the heart of its movement and design, this piece of mechanical memory was invented in the 1950s and was prized for its innovation. The watch's two crowns include a bottom crown for winding and setting the time, and the top crown to set the alarm function via shifting it to neutral position, then turning it in an anti-clockwise direction until the desired ring time. This allows the mobile disc with the Memovox indicator triangle to turn around the dial to the alarm time. 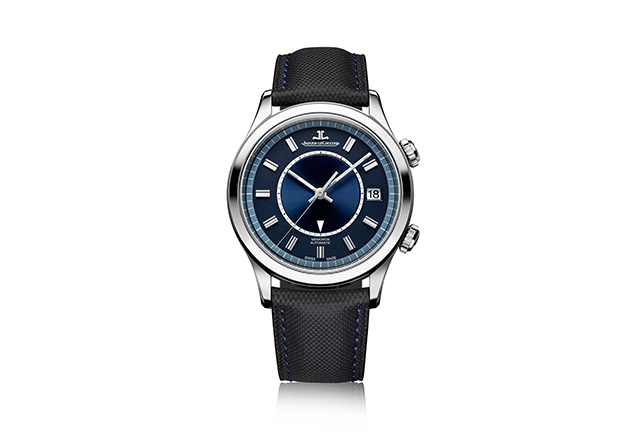 In creating the Boutique Edition that's in line with a contemporary aesthetic, Jaeger-LeCoultre's designers sought inspiration in the Memovox Snowdrop—the rare timepiece from the 1970s that sports a greyish-blue dial. With luminescent-coated baton hands that move around a white 'railtrack' minute circle on the outer rim of its sunray-finish blue inner disc, the watch's alarm function is the little triangle that glows in the dark. Triple-faceted hour-markers are also luminescent and overlaid by a grey-blue 'railtrack' minute circle, and an outstanding detail is the Jaeger-LeCoultre logo as the twelfth hour-marker. Paying homage to the Master Memovox, its design toes the line between modern and retro, with an entirely engraved case-back and a deep blue braided cotton strap with light blue stitching.

Limited to only 500 pieces globally, the Master Memovox Boutique Edition is available in Jaeger-LeCoultre boutiques around the world from November onwards.