The Bell & Ross BR 03-92 Blue Golden Heritage is a vision in blue, gold and steel

The first Bell & Ross Heritage timepiece may have been unveiled in 2009, but its source of inspiration dates way back—specifically the Golden Age of Flight (the period between World War I and World War II) and the 1940s. Sporting a vintage soul in terms of appearance coupled with modern watchmaking techniques, the Instrument BR Heritage pays homage to the military aircraft instruments of the bygone era in the brand's iconic square-shaped case and design. 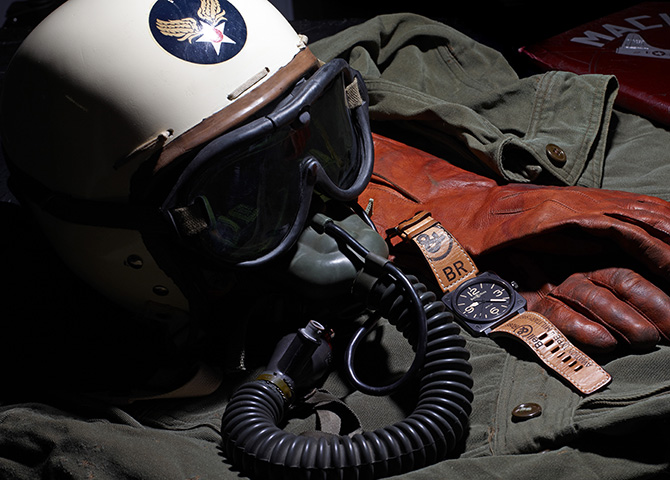 The BR 03 Golden Heritage followed in 2013, living up to its name with retro elements borrowed from the 2009 timepiece, and golden appliqué numerals and indexes on a brown dial bearing subtle marks of wear. 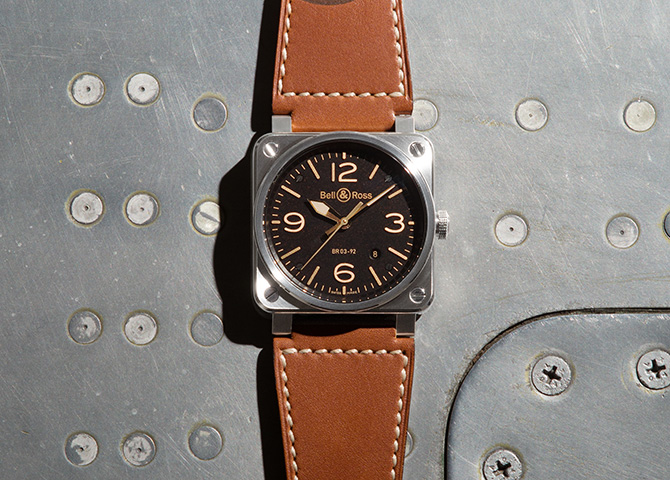 This year, a bolder, more contemporary take on the Heritage collection emerges with the new BR 03-92 Blue Golden Heritage. The sunray dial is coloured in a beautiful navy blue hue. It succeeds the clean, minimal aesthetic from the original's dial, and the golden appliqué numerals and indexes of the 2013 version, coming together to form a refined, modern look. Just like the previous models, this limited-edition timepiece is paired with a leather strap that will form a patina over time, rendering it uniquely yours. 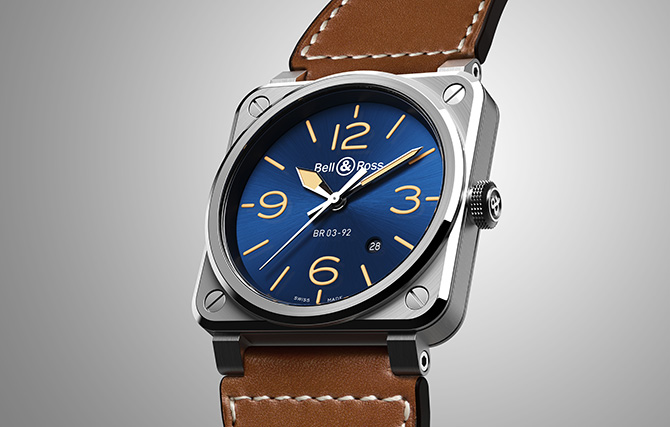 The Bell & Ross BR 03-92 Blue Golden Heritage is available exclusively in Malaysia with a limited production of 120 pieces. Find it at Bell & Ross boutiques and selected Watchshoppe and Swiss Watch Gallery stores.