Six out of the world’s seven sea turtle species are getting endangered by the minute, and it’s no doubt that these gentle creatures will be extinct before we even know it. Climate change, fishing nets, poaching and natural predators all contribute to what could be their final days. But don’t fret, the good news is that more and more conservation programs now exist worldwide to educate and bring a positive impact towards saving them. Here are six sea turtle conservation programs you can volunteer for while you travel: 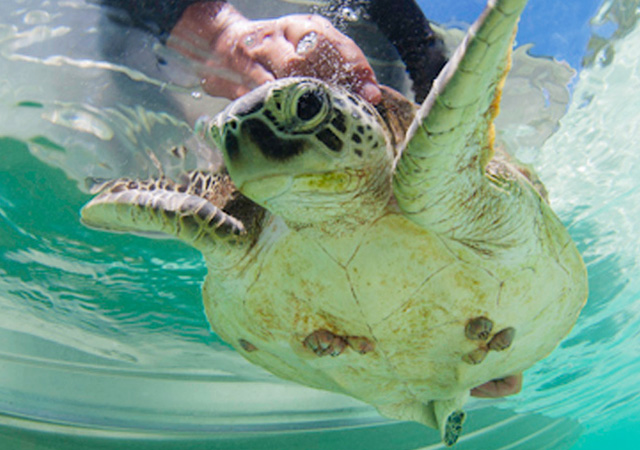 What is it: Travellers these days aren’t all about material luxury. Instead, today’s generation craves for a holiday with a purpose. Gaya Island Resort, for example, meshes the two really well for guests. A mere 5-minute boat ride from the resort is its marine centre that’s nestled on Tavajun Bay. Since its launch, it has released four turtles from their rehabilitation centres and is also home to four coral reef display tanks — as an educational tool — and a 14,000-litre recovery tank for injured sea animals. Committed to making a change, the centre mainly advocates three conservation pillars: turtle rescue, coral reef restoration and conservation through education.

What you’d be doing: Treat and care for the rescued turtles brought in by the Sabah Wildlife Department and other conservation agencies. And that means feeding and watching those little critters and once they’re well enough, say goodbye like a proud parent as you release them. Additonally, you can participate in their weekly talks and outreach programs. Don’t forget to have fun too and enjoy the snorkelling excursions! What is it: The 800-hectare Pacuare Nature Reserve is a stunning, dense tropical rainforest with a 4-mile coastline along the Carribean coast of Costa Rica; which makes it the fourth most important giant leatherback nesting site in the world. Be transported there by boat along the Tortuguero canal whilst listening to the tunes of the coast’s vibrant wildlife the moment you arrive. Be sure to have a taste of the local cuisine brought in from the town of Bataán as well as the fruits and vegetables which they grow there.

What you’d be doing: Visit during the turtle season (it starts from March) and you will be welcomed with a brief introduction of the work on the beach which varies from monitoring nesting leatherback turtles to recording the locations of their nests to doing night patrol to assisting the reserve’s resident biologists and field assistants. Visit later in the season and you might even witness hatchlings breaking out of their shells. Of course, it’s not all work and no play since the reserve will ensure you have plenty of free time to explore the forest, read about the wildlife or just enjoy resting in the hammocks.

What is it: Yet another prime turtle nesting site, the centre is founded by Dudley Perera whose passion won his a scholarship to study conservation of sea animals in South Korea. They have been welcoming local and foreign visitors alike since 1988.

What you’d be doing: Learn more about turtle conservation by witnessing the program’s most important activity: hatchery. Expect to gain hands-on experience of beach conservation work, maintenance of the turtle hatchery, turtle feeding (and cleaning!) and even conducting tours for locals and tourists. Volunteers are welcomed in Dudley and his family’s home which includes homecooked meals and of course, you’ll be off duty on weekends. What is it: The Barbados Sea Turtle Project has been involved in the conservation of the endangered marine animal around the coasts of Barbados for 25 years. Its mission: To restore their population levels to a point where they can fulfil their ecological roles. Hence, these initiatives gave birth to multiple research projects and public outreaches.

What you’d be doing: Each group comprises of 12 volunteers — six locals and six internationals. As a volunteer, you will learn extensive skills such as accurate scientific data collection and identifying activity based on track patterns. Additionally, they’ll show you how to safely relocate a sea turtle nest and interact with a nesting female. Talk about serious research goals! What is it: This award-winning program is located at one of the world’s largest fringing reef systems. There are four main components to this program which includes the Jurabi Turtle Center, an interpretive educational facility.

What you’d be doing: You will be called a “turtle tracker” (sounds cool, right?) and you will record nesting data along the beaches of the North West Cape. However, your day will start at 5:30am and you’ll spend four to five hours monitoring the turtles’ activities. Once in a while, you can even try turtle rescue assistance. After that, the rest of the day is up to you! Think exploring Exmouth or going on a road trip to the gorges of Cape Range National Park. 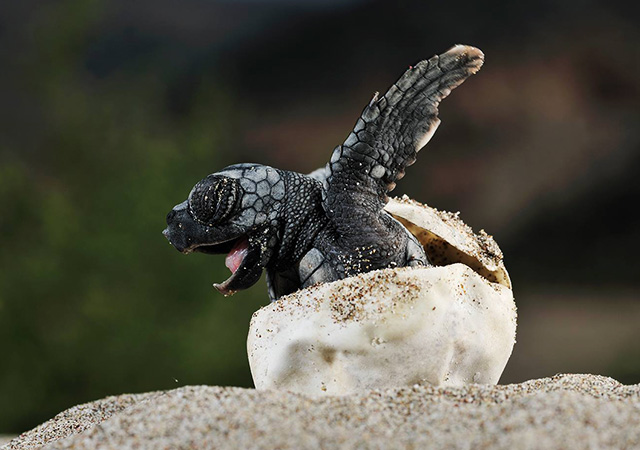 What is it: See Turtles is an independent non-profit organisation based in Oregon. Their mission is to protect endangered sea animals (including whales) throughout Latin America by supporting ecotourism, education, and their Billion Baby Turtles program which aims to save a billion baby turtle hatchlings! What’s unique about this organisation is that they have several packaged conservation trips lined up for travellers and volunteers.

What you’d be doing: A day in the life of a sea turtle conservationist volunteer includes evening beach patrols and afternoon rainforest explorations. Like the other programs, you’ll learn how to collect eggs and move them to hatcheries #likeaboss. Some of their tours also include mangrove restorations and even a chocolate tour. Nope, not Willy Wonka’s Factory but a native cacao farm.

BONUS: The right questions to ask your chosen conservation program

Sad to say, not all conservation programs seem genuine. Hence, it’s good practice to carefully assess the organisation before confirming your travel plans. Here are some questions from Responsible Travel to consider asking the program to determine if it’s trustworthy:

This story was originally posted at WanderLuxe by The Luxe Nomad

Dream a little, travel a lot. That’s our philosophy. We’re full-time nomads with a passport in one hand and laptop in the other, traversing the globe to find the best hideaways, eateries, and local scenes. And on our luxury villa and apartment booking portal TheLuxeNomad.com, you’ll know you’re always up for your best trip yet (with the best rates).

5 Best aquariums in the world that you have to sea