Smartphones nowadays have to be more than just a smartphone. They have to ideally be akin to a personal assistant and Samsung's new Galaxy Note8 aims to become just that. We recently wrote about the new phone with a whole infographic of its specs and after attending its official launch today (and briefly playing with some of its functions), we'd have to say it's as good as it sounds so far.

Here's a quick summary of what we love so far based on our five-minute judgement time with the phone:

• First and foremost, the dual 12MP cameras (telephoto and wide-angle lens) on the rear with Dual Optical Image Stabilisation (OIS) to ensure crisp quality photos despite any bumpy, shaky situations. The Galaxy Note8 is also able to give you 2x optical zoom instantly without comprising both the sharpness and colour of the shot. (Watch this on our Insta Stories.) 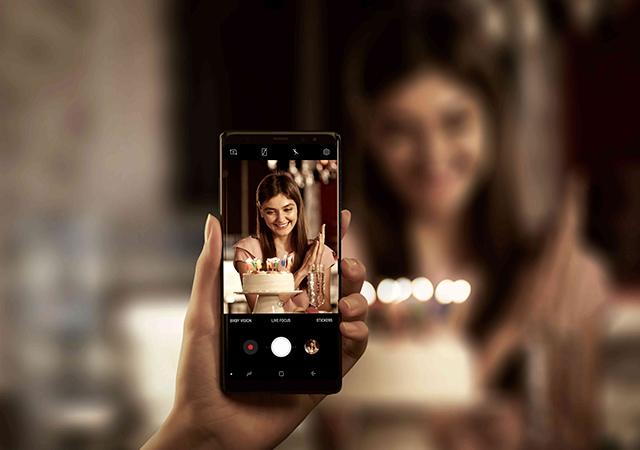 • Control your photos' depth of field by adjusting the bokeh effect in preview mode and after you take the photo with Live Focus. This one seems especially great for portrait shots or #ootd photos.

• Live Messages is Samsung's offering to help users send/receive more expressive texts. Of course, this gives you more love for the S Pen where you can add animated texts or drawings onto photos, turning them essentially into GIFs. Korean star Song Ji Hyo who made a special appearance at the launch easily demonstrated this which you can watch on our Insta Stories from today.

• It's so much easier to take notes on the go with the Screen off memo function which allows users to take up to 100 pages of notes on the screen without unlocking your phone. Pin them to the Always On Display for fast access and edit them directly. All you need to do is remove the S Pen. 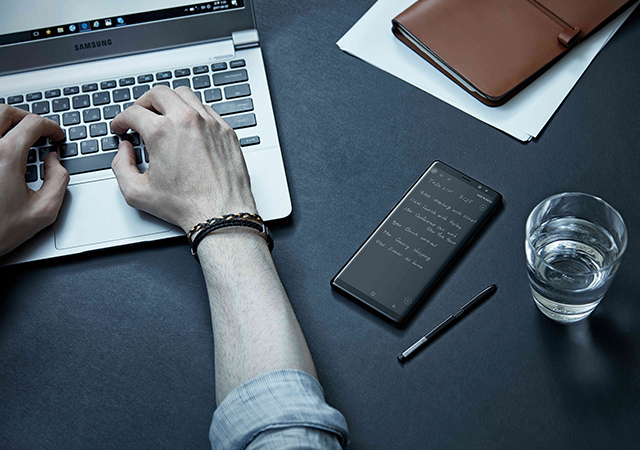 • Considering the Galaxy Note8 has the biggest screen ever (6.3 inches) on a Note device, it is surprisingly comfortable to hold in one hand, which is huge plus in terms of user-friendliness.

*Stay tuned for a full review.

You can check out these features and more for yourself at the Samsung Galaxy Note8 roadshows happening from 21-24 September 2017 at Pavilion KL, Gurney Plaza (Penang) and Aeon Tebrau City (Johor Bahru).

If you decide to purchase a Galaxy Note8 (RM3,999 which is inclusive of 6% GST) at these roadshows, you'll also receive a free Samsung Gear VR worth RM499 and a free Samsung Screen Protection worth RM149 that allows for a one-time cracked screen replacement (excluding Service Fee).