There was once a quest to make telecommunication devices titillatingly tiny. Then in 2011, Samsung swooped in with their clunker of a mobile proposition—the Galaxy Note—a giant handheld phone. At the time, most found it hard to grasp in both the figurative and literal sense.

Early supporters endured some ridicule; their 'Note's likened to the brick-sized, antennae-wielding phones of yesteryear. Laughter was soon silenced as manufacturers worldwide joined the pursuit of size to feed increasing image and video consumption. Yet, a problem persists. Phablets are still not sexy. 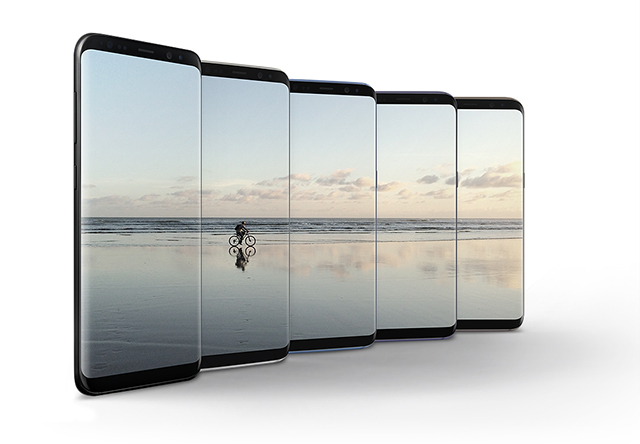 This is called the "paradox of size"—a desire for increasingly large screen estate to view content on while a compact form to fit comfortably in hand is simultaneously required.

And in the body of one visionary device, the paradox is temporarily escaped. Measuring a considerable—but not tremendous—6.2 inches, the Galaxy S8+ found a way to make things bigger without expanding. This latest flagship by the Korean conglomerate features a "limitless" display; one that gained exemplary points from pundits and fanboys alike. The phone looks like it is "all-screen." And therein lies the cipher: In lieu of augmenting the size of the phone, the designers reshuffled its insides and largely did away with the bezel. By saving precious space, the screen gets an extension within the parameters of the device. 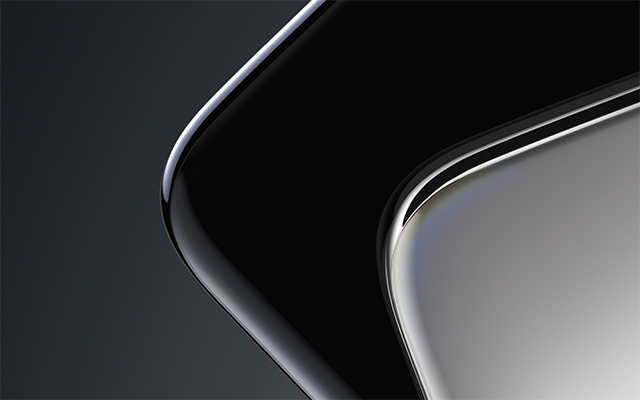 Subtly curved on the sides, the S8+ sports less of an "edge" compared to its predecessor. Gentle contours on the front and back, plus a narrow design ensure a surprisingly secure grip for a phone of such substantial dimensions. Laid on a surface, screen-side down, our review model gleamed beautifully in its deep metallic shade of 'Orchid Grey'. So, despite the fingerprint-prone Gorilla Glass shield on both sides, we found it a pity to wrap it up in a case. That being said, butter-fingered folk could consider the Galaxy S8+ Clear View standing cover. We found a matching one in an amethyst-tinged grey and were surprised when the 'Always On' display shone through the flap.

Phasing out the bezel also eliminated the physical home button. In its place, a pressure-sensitive sensor responds with haptic feedback while the fingerprint sensor is moved to the back. This posed a few problems in the beginning. Its position next to camera lens and lack of distinctive tactile markers between the two resulted in smudges on the lens every time we reached back to unlock the phone. It also meant the extra trouble of picking up the phone with every attempt of unlocking the phone. 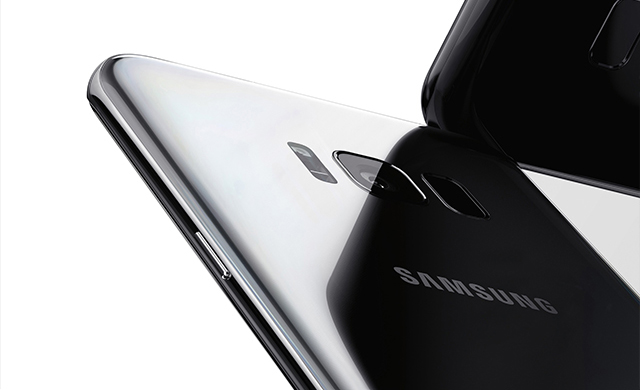 Same goes for the alternative—the iris scanner. Not only did it falter in harsh sunlight and stall with spectacle wearers, holding the phone up in front of the face was a strange gesture. We reckon that both methods could become more natural given time but while we did the review, we stuck with the classic PIN lock system.

Once we pass security, however, things become much smoother. Samsung brought in the latest 10nm Exynos 8895 processor for this flagship. We can concur that it gives users the full-throttle experience without lag even after extended periods of use. Paired with 4GB of RAM, the chip bolsters its performance with excellent power efficiency.

Speaking of power, the S8+ lasted us about a day and a half on a full charge with its generous 3500mAh battery. Juice boosts are foolproof: Simply place on a wireless charging dock, or plug in the new standard USB-C, which functions either side up. As per usual, Samsung offers expandable storage up to 256GB but this time round, built-in space only comes in a 64GB option.

A picture of perfection

A great display warrants the flaunting of great pictures, and the S8+ camera excels in this. Not much has changed from last year's Galaxy S7, a 12-megapixel sensor and f/1.7 aperture alongside Samsung's Dual Pixel technology promises sharp and vibrant images with fantastic depth of field. What is new and noteworthy was how good the lowlight photography is. Multi-frame image processing splices three shots together to generate the best snapshot of a moment and reduces motion blur. The large aperture also helps in dim environments.

Leave no man behind; your blur friend can now look super sharp in the picture thanks to the Smart Auto Focus which tracks faces on selfie mode. Besides taking lots of selfies on the #BuroGetaway to Bali (where this review was conducted), exposure to sand, sea, and many a congested street made us appreciate the IP68 water and dust resistant capabilities on the S8+.

A man on the inside 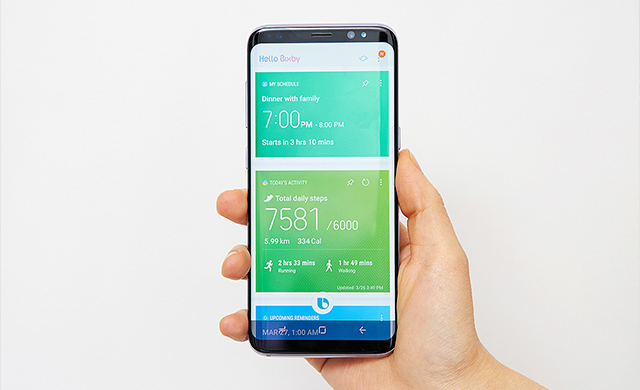 While our villa did not come with a butler per se, we were glad the brand spanking new Samsung assistant, Bixby was on hand to assist. One press of the dedicated Bixby button beneath the volume rocker and our travel queries were answered. Besides weather forecasts and food recommendations, the possibility of taking a picture and launching a search based on that was really a true glimpse into the future.

But even the blind can see that this phablet is bringing sexy back.

The Samsung Galaxy S8+ retails for RM3,699 while the S8 is priced at RM3,299. For the full specifications and more information, head on over to their website.

Review: Where in the galaxy does the Samsung Galaxy C9 Pro stand?

Review: Where in the galaxy does the Samsung Galaxy C9 Pro stand?