Badminton's Goh V Shem and Tan Wee Kiong are now the No. 1 in the Superseries standings

Most of the Rio Games 2016 fanfare have simmered down but there's still plenty of challenges (or rather, tournaments) ahead for our athletes. For badminton men's doubles Goh V Shem and Tan Wee Kiong, however, a spot of great news arrived last Friday. The two Olympic silver medallists are now the new No. 1 under the men's doubles shuttlers category in the Superseries standings. 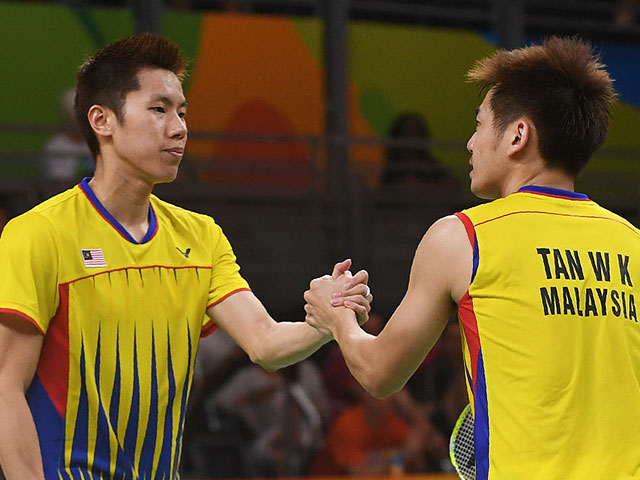 "I was so surprised when I saw the new list on Friday. This is the first time that Wee Kiong and I have been ranked first," said V Shem. "It has been a mixed season for us this year. We have yet to reach a final in any of the eight legs." He added, "We will go all out to maintain the No. 1 position by staying consistent in Europe. We want to go to Dubai as the top-ranked pair."

V Shem and Wee Kiong are headed for this week's Denmark Open in Odense followed by the French Open in Paris next week.

Malaysia’s badminton team is heading to the 2016 Olympics

Malaysia’s badminton team is heading to the 2016 Olympics