About two months ago, Malaysia finally made its debut on the list of Asia's 50 Best Restaurants (2019) thanks to Dewakan. Asia's 50 Best Bars 2019 was next and after the awards ceremony held in Singapore last night, it was revealed that not one, but three establishments from Kuala Lumpur have made it into the list.

The Malaysian winners are Coley, Bar Trigona, and JungleBird. These three bars come in at number 27, 40, and 44, respectively, with Coley being crowned the best bar in Kuala Lumpur.

At the top of the list is Hong Kong's The Old Man. Despite only launching two years ago, the best bar in Asia has made waves across the industry. The Hemingway-inspired bar is headed by Agung Prabowo, whose list of libations are created as a homage to the author. Coming in at second place is Manhattan in Singapore (winner in 2017 and 2018). The drinks from this establishment are based around historical events that happened in the Big Apple. Rounding up the top five are Indulge Experimental Bistro from Taipei, as well as Singapore's Native and Atlas. 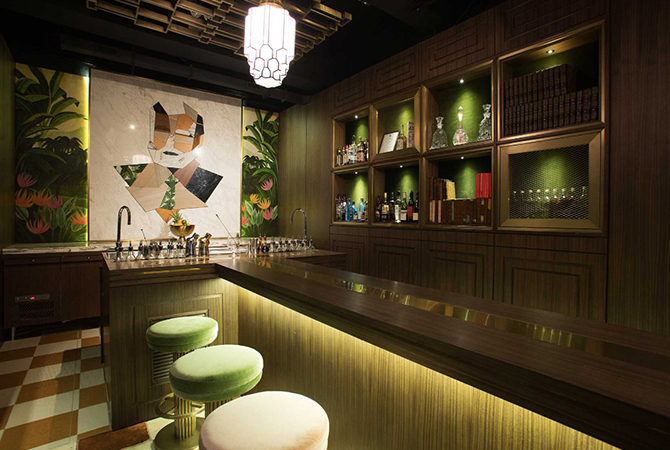 Situated in Bangsar, Coley pays homage to Ada Coleman, the most famous female bartender from The Savoy. Helmed by CK Kho, its contemporary creations such as Peanut Butter Jelly and Aloe Vera Margarita helped catapult this bar to the top of the Malaysian bar scene.

Four Seasons Hotel Kuala Lumpur's Bar Trigona not only made its debut on the Asia's 50 Best Bars 2019 list but the establishment also won the Ketel One Sustainable Bar Award as a result of the bar's commitment to use locally-sourced ingredients. For example, the bar uses honey from Trigona bees, which are sought-after in small batches and can be found in abundance in the tropical jungles of Malaysia. This inclusion is definitely well-deserved.

The first rum bar in Malaysia, JungleBird, has also made it onto the list. There are more than 250 (and growing) varieties of rum to choose from and head bartender Joshua Ivanovic's Best Drink in The World is a must-try.