What makes one food, and the other, friend?

"Why love one and eat the other?"

There's currently an aggressive campaign by PETA in Australia, featuring a picture of a cute puppy and a piglet with the question "Why love one and eat the other?" emblazoned across said images. Because PETA appears to have focused its efforts on bus advertising, there's really no escaping this confronting question, especially when you're stuck behind a bus in bumper-to-bumper traffic.

We eschew dining on domestic animals and disproportionately anthropomorphise them, but we don't hesitate to consume others in the name of gastronomy.

While the campaign hasn't succeeded in making me do a Clooney and adopt a pet pig whilst concurrently swearing off meat, it has gotten me thinking about the incongruity of our behavior: we eschew dining on domestic animals and disproportionately anthropomorphise them, but we don't hesitate to consume others in the name of gastronomy. In the unending merry-go-round of gustatory one-upmanship—when even kopi luwak, balut and bird's nest soup are now regarded as routine staples—the stakes climb inexorably higher, and there are apparently no animals (apart from lucky Milo and Otis) that are exempt from our insatiable appetite for creatures exotic and different. One of the hottest foods on our current radar is uni, which we are told is sea urchin, but in reality are the unfortunate creature's gonads which produce the roe, or milt. Considering how revered shirako—the male cod's sperm sacs—is in Japanese cuisine, that shouldn't really come as a surprise. Then there are specialities whose attraction as a food is inexplicable to all but the nation from whence they spring. Canard a la Rouennaise is probably to the French what balut is to Fiipinos, preposterous sounding to everyone but the Gauls, but apparently a requisite delicacy that sees a duck carcass being put through a press to extract every last drop of blood and juice. The resulting sauce, at around USD$1,000, is prohibitively expensive and the perfect dish to serve when flaunting one's wealth to friends you don't much care for. 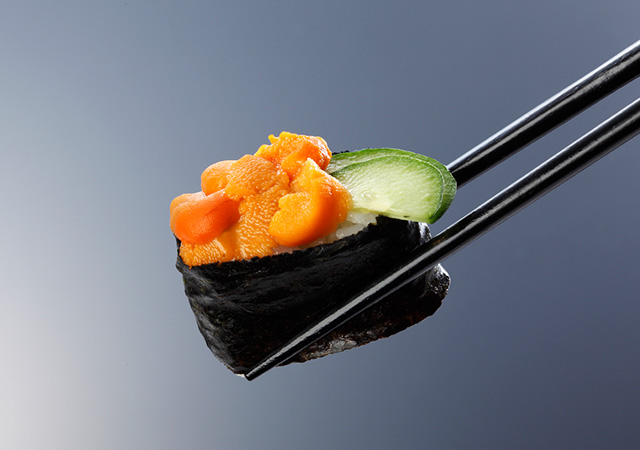 However, what's truly objectionable is consuming food that's the product of extreme cruelty, and in this category, the ortolan ranks up there with the much put-upon ducks and geese of France. These nocturnal birds are incarcerated in a dark box that disorientates them, and encourages an abnormal feeding schedule that results in extreme obesity, at which point said creatures are drowned in brandy before being roasted. It speaks volumes that even the French find this practice excessively barbaric. But it's when cruelty is compounded by lack of rational cause that things become truly risible. Eating live octopi doesn't yield any gustatory pleasure—seasoned octopi eaters practically swallow the creatures whole after dunking them in alcohol to momentarily incapacitate them—and yet it continues to happen, which beggars the question whether there exists any depths which we humans won't plumb.

However, what's truly objectionable is consuming food that's the product of extreme cruelty.

But it's the casu marzu that arguably most succinctly vindicates the argument that humans aren't just gratuitously cruel when it comes to eating, they're also downright insane. Popular in Corsica, Sardinia and Italy, casu marzu is pecorino or any other sheep's milk cheese to which cheese flies have been introduced to cause advanced stages of fermentation. Because the cheese can become toxic once the maggots die, it needs to be consumed while the flies and their larvae are in the pink of health, beneath the protection of one's hand to forestall larvae inadvertently jumping into one's eyes. 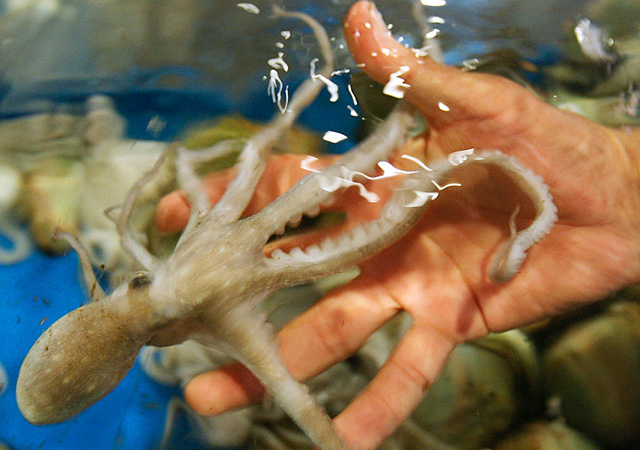 There is an important lesson to be learned from this, and it is that we need to think—hard—about the things we put into our mouths and call food. Forget about veering into the extreme territory of veganism that PETA advocates. We need to learn to walk before even considering leaping tall buildings in a single bound. Ultimately, the message is simple: let's appreciate the food we do have, let's thank the animals that have given their lives to feed us, and for goodness sake, let's not eat something just because it's rare, and expensive, and earns us bragging rights.

How I can't tolerate wasting food and what you can do

How I can't tolerate wasting food and what you can do