Along with children, domestic pets of the canine and feline variety—fur kids to their adoring 'parents'—have leapfrogged into position as indulged treasures for whom no expense is too much. Mobile dog salons, luxe animal boarding, pet attire, and premium pet food are just some of the many tangible signs of their freshly minted status as pampered family members.

On matters gastronomic, it's no longer acceptable to feed the family dog Brutus bones, unfinished family dinners, and the occasional dog biscuit. These days, owners discuss ad nauseam the organic, holistic, award winning foods they scramble to feed their pets—because no price tag is too high to keep their pedigreed pooches in optimum condition.

To wit: sea bream, surimi, sole and snapper in a decadent silky broth, and Tasmanian salmon with potato and dill, are not culinary offerings from your favourite restaurateur, but pet foods from Purina (albeit, granted, Purina's 'Fancy Feast Royale Broths' range) and Cesar for cats and dogs respectively. But at RM4 per single serve of Cesar, you can easily imagine how spending for Brutus can add up, especially if Brutus has decided that he prefers his dinner mixed with a little premium dried food, such as those manufactured by Acana, producer of "biologically appropriate pet foods" made only using "fresh regional ingredients". Hence, an approximately RM78 pack of Acana Classics includes "55-65% meats, including cage-free Cobb chicken, whole eggs and wild-caught flounder, plus sun-ripened fruits and vegetables from Canada's Okanagan orchards".

Even as the sheer absurdity of the language is source for great mirth, it's also striking that more care has been invested in crafting these sentences for pet food than for most human products. But that's not all. As a corollary to human dietary trends, pet food providers now also manufacture gluten-free, grain-free, low-glycemic, vegetarian, paleo, and corn-and-soy-free dining options (a steal at approximately RM125 per 2.2kg bag of dried food) for their hirsute clients. 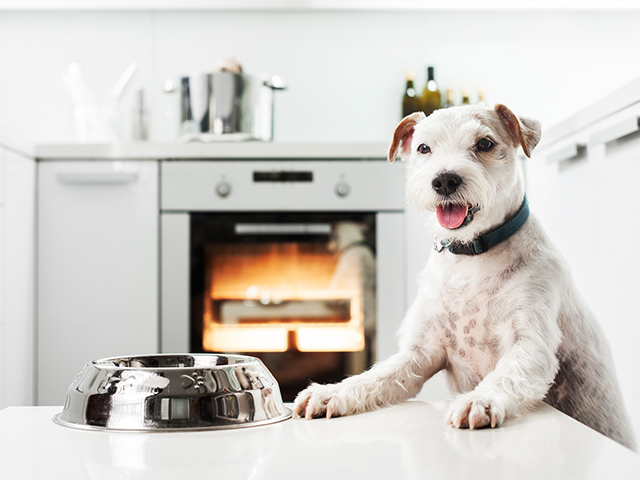 Don't get me wrong. I love animals as much as I love other people's children. My best friend and constant companion for 16 years was my dog, so I totally fathom the unbridled joy and unconditional love they afford and offer their humans. What I don't get is this madness of spending silly money on food that, let's face it, is a farce of marketing and a method for manufacturers to capitalise on our need to anthropomorphise our pets. To wit: a friend feeds his cat different flavoured meals twice a day every day, because as a family member, he believes she deserves the same variety and quality that he routinely enjoys.

It should come as no surprise then to glean that US$70 billion was spent on pet food in 2015 alone. But apart from Brutus's diet, there's also his mental health to consider, with many owners now sending pets for therapy for anxiety, depression, and a host of other psychological ailments. All I can say is if my human dressed me up as a taco, leprechaun, or a skunk for Halloween (true story: Americans spent US$370 million on Halloween pet costumes in 2012), I would be depressed too.

Animals may fill the vacuum that many of us live with. They definitely shower us abundantly and infinitely with love sans conditions, at least, till death do they part. You may even reasonably tell me that spending on Lucy the hamster saves you thousands in therapy, but friends, wouldn't you agree that it's time to take a very deep breath and consider that we don't have to buy US$400 Swarovski-studded leashes for our dogs for them to know we love them? If Brutus could talk, I'm pretty confident he would say the same. As John and Paul said, "All you need is love. Woof."

6 Pet cafes in KL that are worth a visit

5 Pet cafes in KL that are worth a visit