Ice on the prize

18/02/15 10:47
Malaysian figure skater Julian Yee talks about his training, the upcoming 2018 Winter Olympics and how he came to love the sport

Every athlete starts from a dream. However, for Julian Yee, his dream might have confused some. His dream was figure skating, a sport that involved ice and he was nowhere in a country that produces snow. Growing up, he even had to explain to his classmates what it was and how it is a sport. Then, there was the challenge of finding a place to practise since ice skating rinks are only located in shopping malls. For that, he had to convince the owners of the rinks to open early to allow him to train without the public crowds. That was it. No other fancy facilities and no proper guidance. 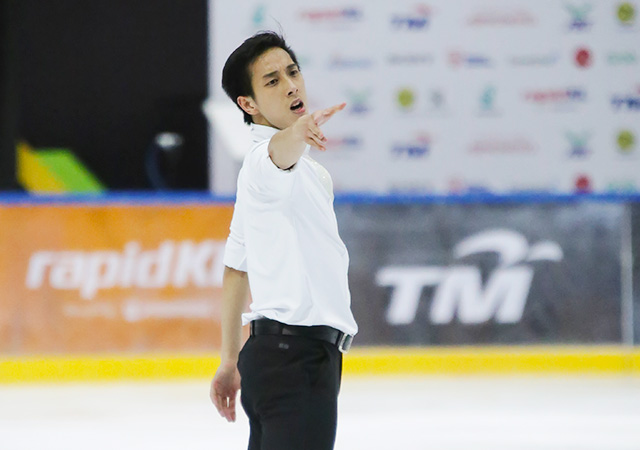 With the support from his family, he did go on short training stints in China, South Korea and Canada. Ironically, his first figure skating camp - outside of training at shopping malls - was in PyeongChang when he was 12 years old. It was there that Yee cemented his dream and it is there where he will be challenging the 2018 Winter Olympics, now 20 years old and the first Malaysian to do so. However, having people believe in him and finding a training ground in KL weren't the only obstacles. Figure skating is an expensive sport. From paying coaches to getting the best equipment to accommodation fees and more, the athlete and his family were running out of funds to support his training. And to reach the top level, Yee realised he would need to move overseas and find a good coach - and that would require even more money. Thus, they turned to crowdfunding. That was in 2016.

"Part of it (crowdfunding) helped me get to the Olympics and we have tried to look at sponsors as well. But honestly speaking, because it is not a common sport (in Malaysia), getting sponsors is a little bit more difficult compared to if I was in a summer sport," Yee said in an interview with Kyodo News.

"But, in the end, it's all small parts and it adds up... A lot of people have been helping and (have been) very supportive. The (Malaysian) government as well has been trying to help but because it is not a core sport there is a limited amount of funding there but we take every bit here and there and it sort of works out in the end."

The target was 30,000 Canadian dollars but they only managed to receive 16,000. But it was an amount that helped a lot and with that, Yee moved to Barrie, Ontario, Canada to train with Michael Hopfes, who competed at the world championship level for Germany. It was all worth it. Within that same year, he became the first Malaysian figure skater to compete at a world championship. In 2017, he finished in eighth place at the Asian Winter Games in Japan. That same year, he took home gold at the 2017 SEA Games and placed sixth at the 49th CS Nebelhorn Trophy in Germany, giving him the points needed to qualify for the 2018 Winter Olympics.

Yee's story has continued to inspire and attract many, including the foreign media. He's featured in the first episode of the Olympic Channel's documentary series titled Far From Home. The New York Times reported his choice of song with lyrics for his performance differs from the usual choices of classical music. (It is also the first time the Winter Games allow figure skaters to use songs with lyrics.) With so much going on, we had a quick chat with Yee to find out how he's doing, how exactly he started seeing the sport in a competitive light and more. 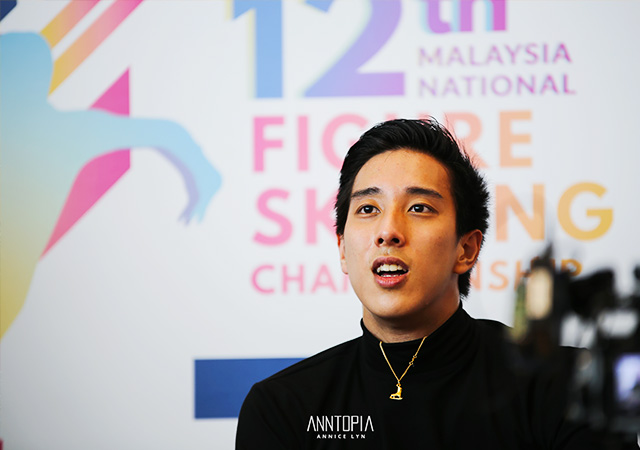 Hi Julian! 2018 is a big year for you. What was your New Year's resolution?

I think I'm just looking to improve myself in all aspects and see what the future may bring. And to also try to tackle things with a positive mindset and make the best out of every situation.

Describe a regular day in your shoes (or skates).

I would normally be up by 7am. Get ready and then head off to the ice rink for my daily training. I would be on the ice for at least three hours a day (they're split into sessions - not three hours straight). I would then have lunch at the rink (I usually prepare it the night before) and then continue for another hour on the ice. At around 3.30pm, it'd be time for my off-ice training (cardio, dance, ballet, strengthening, etc) which is usually for about an hour. Then I head home around 5.30pm and get some other work done (emails, training records, etc.). When I'm done with that, I prepare dinner and there goes the day.

I don't have any specific training diet. I just make sure to eat in moderate amounts and know what's good for me and what's not.

Going back to the beginning, what was your first encounter with figure skating?

It all began when I was 4 years old. I was put on to the ice along with my brothers as a hobby. After a year of skating, I entered my first ever recreational competition. Although it was only for fun, I did end up skating a little more as the weeks went by leading up to the competition. Eventually, I competed in more and more competitions and it just took off from there.

When, where and what was your first figure skating competition?

If I'm not mistaken, it was in Malaysia at The Mines (back when they still had an ice rink there) in 2002.

Being able to travel and meet new friends from all over the world.

Compared to other sports, what is it about figure skating that you love?

I feel that figure skating evolves as you grow as a person. Back then when I was younger, skating was just a lot of fun. It was an amazing activity to keep me busy. But as I grew older, I found that skating allowed me to share stories with others through our programs. It became a form of art and a great challenge that keeps me going. Of course, it's still fun; just that there are so many other perspectives to look at it from.

Out of all the places you've visited to train and to compete at, where has been your favourite?

There are so many places that I love! And all for different reasons. Some of my favourites are: Japan, Canada, Boston, USA, Tallinn, Estonia, Germany, Bled, and Slovenia.

At that very moment when it happened, honestly, nothing was going through my mind. I was just in total shock and joy at the same time. After a while, it came to me and I was so happy to know all the hard work, sacrifice and determination - not only from me but my entire team as well - had finally paid off.

Being known as the first ever Malaysian figure skater to quality for the event at the Winter Olympics, you might feel overwhelmed. How do you cope with stress?

I would say so. It's definitely an honour but I do admit that everything came all at once. Nevertheless, I'm still thankful for this. I guess I'm coping with it by trying to take things one at a time, checking off things one by one.

As a representative for Malaysia, what of our local culture do you hope to promote or share to the other nations?

I would like to promote our nation as one. That despite having many different cultures, we are able to set our differences aside (especially in sports) and come together to support each other. I think that Malaysia is so rich in culture and history that the world should know of Malaysia and how interesting it is.

My supporters are the ones who inspire me. They believe in me and that gives me hope and determination to believe in myself as well.

We saw you started a YouTube channel. Can we expect more 'veelogs' once the competition is over?

Yes, I did. However, editing videos take an immense amount of time. I do hope that I'll have the time to continue with them again eventually.

If you weren't a national figure skater/athlete, what would you want to be and why?

I would still very much like to be an athlete (just maybe a different sport) because it has taught me so much.

Any final words for your Malaysian fans in anticipation of the upcoming Winter Olympics?

Well, most of all, I would like to thank them for their continuous support! It truly does mean a lot and to be able to represent the country at the Winter Olympics for the first time - it's such an honour. I will definitely do my best and hope to make the people proud.

Julian's competition begins at 9am Malaysian time on 16 Feb in the short event. He will need to place himself among the top 24 (out of 30) to qualify for the final round the following day.

Update: Julian narrowly missed qualifying for the finals by just one place at the men's single skating short programme of the figure skating event. However, he achieved a new personal best score and is eyeing the World Championships in Milan next.

Follow him on Instagram for more updates or continue to support him on his GoFundMe campaign page.