Fun with fitness: Workouts inspired by Game of Thrones

16/05/04 12:00
Games of Thrones is (finally) back and what better way to celebrate than to try these workouts inspired by the popular TV show

So much has happened even though we're only at episode two of Season 6's Game of Thrones. Don't worry, we're not about to give away any spoilers (Is Jon Snow alive? is on everyone's minds since the new season premiered/last season ended). Instead, our excitement reminded us that there are tons of Game of Thrones-inspired makeup tutorials which led us to wonder maybe there are workout routines inspired by it too—and we don't mean just using the theme song. As it turns out, there is and it perfectly takes our love for the series to a whole new level.

Be prepared as this routine will have you working out from top to toe, promising an estimate of 168 to 443 calories burned. Featuring 25 'Double Tabata' circuits, each move is carefully selected to represent each of your favourite (and not so favourite) Game of Thrones character.

The bad news is you'll need a weighted rubber tool used for combat training called ViPR to do this routine. The good news is you'll really feel like you're (somewhat) in a Game of Thrones scene battling like a slayer. 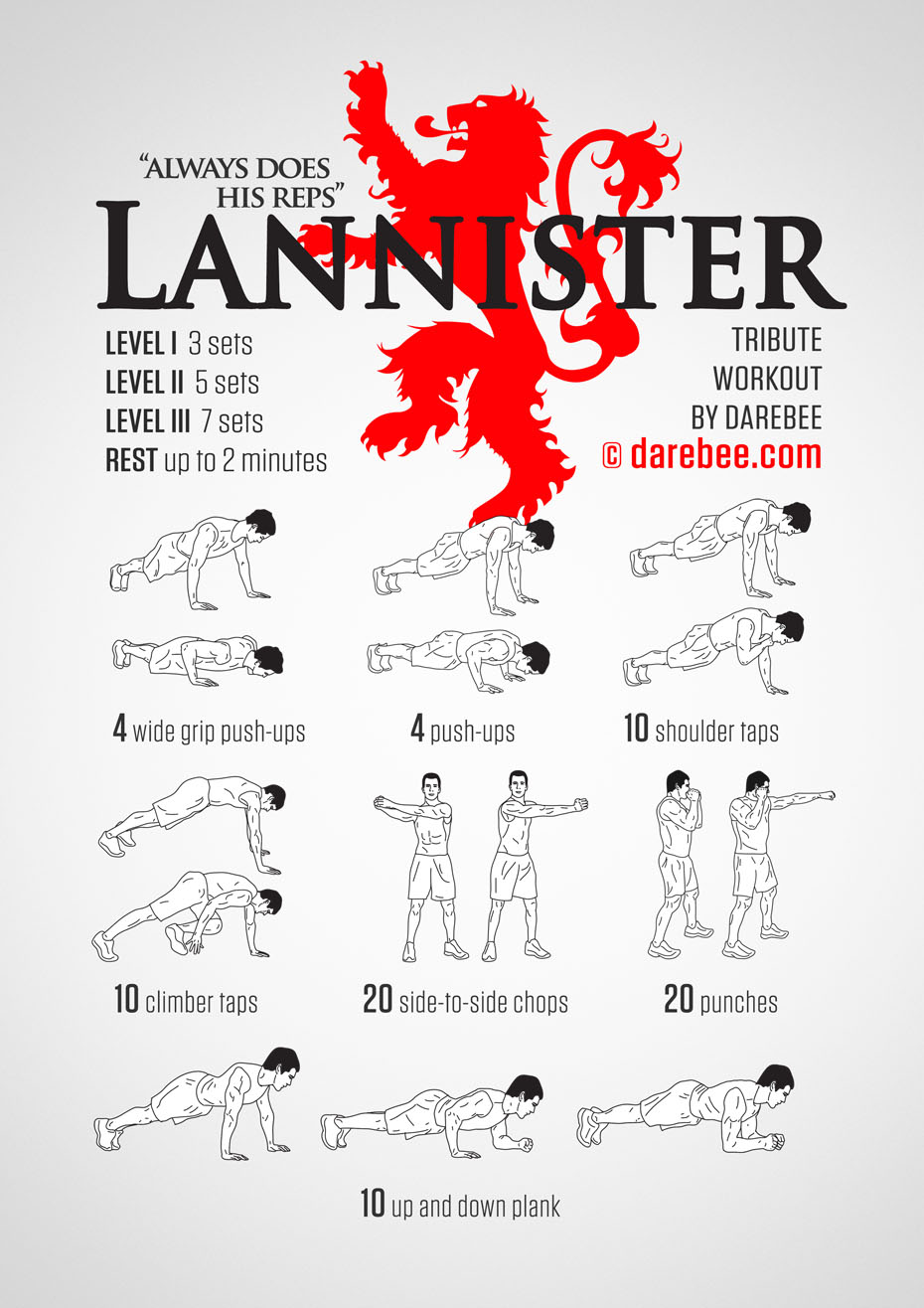 Think you belong in the House of Lannister? Then this workout routine offers itself as tribute (yes, we know that reference doesn't belong here). It's an upper body workout that will help to both strengthen and tone and while it will definitely break a sweat, it's perfectly suitable for beginners.

#GetFit: 4 Workouts to get slimmer thighs

#GetFit: 4 Workouts to get slimmer thighs