Are mandarin oranges actually good for you?

It's finally the last day of Chinese New Year (also Lunar New Year) and that means one thing: Chap Goh Mei. Besides being a day to mark the end of the 15-day celebration, it's also often known as a Chinese Valentine's Day where single ladies would throw mandarin oranges with their names and phone numbers scribbled on it in hopes their fated partner would pick them up.

But why waste a perfectly good mandarin orange? We have Tinder and Coffee Meets Bagel (and a throng of other platforms) to help with matchmaking nowadays—because surely, data and algorithms are far more reliable to link us with a potential date than the currents of the Klang River (note: not an official orange-throwing spot—please check for areas that allow such activities). Although, know that it's all done in good fun and today, the tradition has also evolved into a form of competition in groups and on boats. 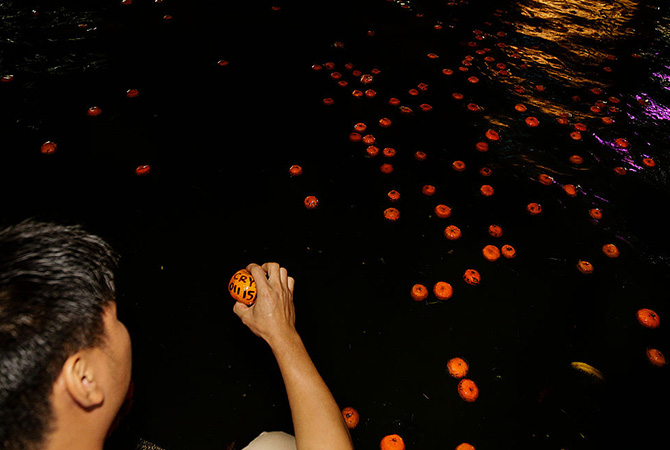 In general, the mandarin orange is considered a low-calorie fruit (an estimate of 50 calories) that's high in Vitamin C (almost a day's worth!). They are, however, high in sugar content (equivalent to two teaspoons of sugar), making them a great substitute for your afternoon snack but it also means you should eat them in moderation (like most things in life).

They're also great for keeping your eyes healthy as they provide vitamin A and thanks to them being rich in fibre and thus slowing down digestion, mandarin oranges help you to feel full for longer without actually consuming a lot. That's another great reason to have them as a snack.

However, we know what you're thinking: Why are they often linked with people getting sore throat during Chinese New Year? According to a health blog, its writer Yin Teing placed her suspicions on preservatives which Cilisos found to be sulphur dioxide.

According to their research, too much of said preservative can cause a myriad of states of feeling unwell which includes a sore throat. 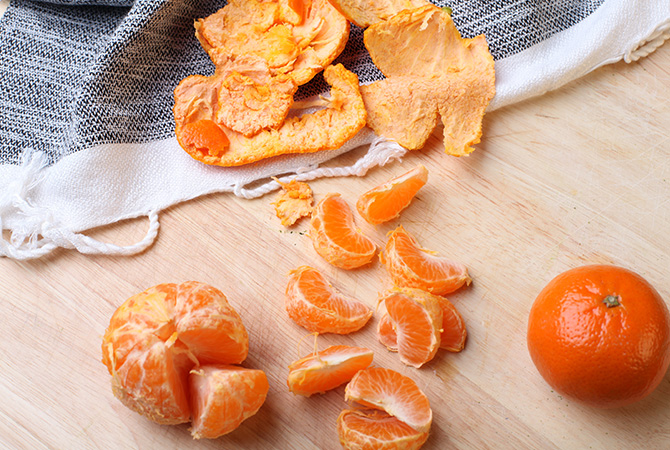 There is another theory. Chinese old folks can often be quoted calling them yit hei or "heaty". Yes, if you believe in Traditional Chinese Medicine—it is acknowledged by the local Health Ministry as well as recently recognised by the World Health Organisation—mandarin oranges are considered a heaty food. To summarise: The concept of heaty and cooling food is mapped after the belief of "yin" and "yang", and refers to "the effect of the said food on our bodies".

This means, for example, that heaty food would warm the body and improve blood circulation. In contrast, cooling food would eliminate toxins and cool down the body. To illustrate, consider how a hot day out at the beach is made instantly better by having a coconut (a cooling type of food). 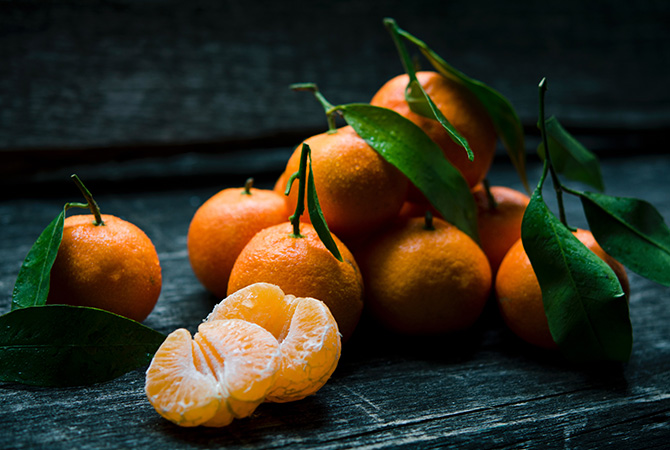 If a person is meant to have a balance of "yin" and "yang", and one consumes too much of either heaty or cooling food, it would then put the forces out of balance. The weather can also be a factor for such. Consider this. Eating too many mandarin oranges (as well as CNY cookies and fried dishes) would make your body heaty. Chinese New Year weather is typically, and especially, hot. Add the two together and your body is at an extreme level.

Of course, there's no scientific research to back this. One thing's for sure: Mandarin oranges have a lot of sugar so you'd have to limit yourself with them anyway. If you're worried about them spoiling in this heat, you can always freeze them to give them an extra life of ten months. Just keep them in an airtight bag before placing them in the freezer.

Or you can always continue the Penang-born tradition. Happy Chap Goh Mei!

When fruits and veggies get smokin’ hot