In Conversation with Malaysian Women in Tech #1: Misconceptions and the gender gap Since the inception of Buro Malaysia, we’ve always been intrigued and inspired by the #BossGirls of this country working for the benefit of their clients, customers and communities, and more importantly, working for their dreams, passion and ambitions. From our #BuroBossGirls to learning about being a female politician in Malaysia from Hannah Yeoh to starting a cafe from scratch from Jaslyn Rangson, we’ve covered quite a variety of industries and walks of life.

For this month, we move that spotlight to the women who dared pursue their interest in the field of tech and startups despite stereotypes and despite being a minority gender, which for some, could be intimidating. A lengthy conversation broken down in a three-part series, we explore the lesser-known world of working in tech, the challenges and misconceptions, the education needed, the work life and benefits and more. Meet the three Malaysian women in tech who will be sharing their world with you.

Wei Jia: I’m currently Head of Consumer Product at Fave (by day), wife and mother of a two-year-old toddler (by night). I love living in the digital world (from using apps for transport, commerce, or entertainment) but have a strong appreciation for the great outdoors (mountains and the sea, I gravitate to them every chance I get).

Sebastian: My name is Sebastian Wang, commonly known as the girl with a boy’s name. My specialisation is Interactive Media Design. I’m currently working as User Interface & Experience Designer at Kurechii, a Malaysian-based indie game developer.

Brenda: I’m Brenda and my life has revolved around technology since I was young. I learned how to use computers back when I was still in kindergarten! I’ve been working at Apptivity Lab as a Mobile App Developer for almost a year now and I strive to develop apps to help our community!

The term “tech” usually encompasses a broader range of teams such as engineering, product and design. In that sense, I see an equal representation of women and men. However, there is a definite lack of female representation in the software engineering field. From the day I joined Fave, til the day I left the Engineering team to join Product, I carried an invisible plaque of being the sole female engineer (in a team of 30 plus engineers). That’s two years with zero new female engineers!

I believe there’s a common misconception that tech is for the geeky young blokes. Whilst true today, my experience in tech is a testament that a career in tech (with its flexibility and mobility) can be so rewarding to mothers who’d like to work from homes. I’d highly encourage considering a career in tech. 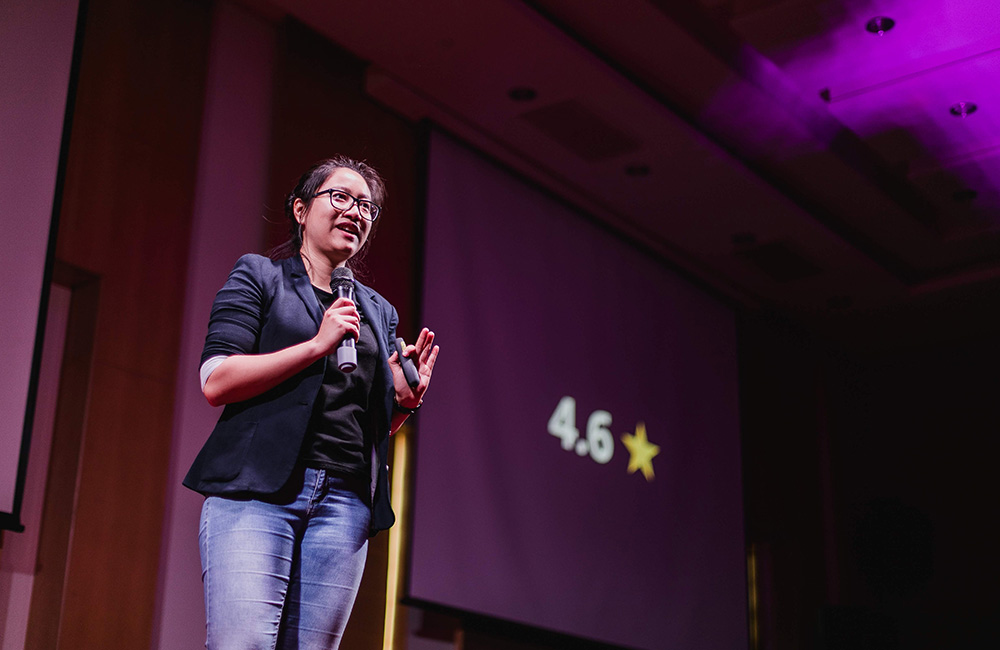 Indeed, the stereotype persists but it’s becoming less prominent, in my opinion. That being said, the majority of my class were female, and so far I have yet to hear that this stereotype was stopping them from studying tech.

There’s a common assumption that the tech industry is a male-dominated one and sadly, it’s true. However, to be fair, it has improved over the past couple of years and the industry is filled with communities pushing for women to be more involved.

There is a misconception that we’re geeky, wear glasses and hoodies all the time.

Another misconception about women working in the tech industry would be that it’s very difficult to achieve a stable work/life balance and find an opportunity to relax. That it’s an uphill battle they have to endure on a daily basis, especially given that the stereotype is working against them. A good example of this highly inaccurate assumption of women is that women won’t be able to perform well on the job because of the pre-existing notion that ‘men are naturally better at science and math’. All. not. true.

What about sexism though? Have you experienced or encountered any?

Thankfully, I haven’t experienced it actually.

Rather than sexism, I did have a rather interesting reaction to a female specific scenario.

I recall thinking about how to announce my pregnancy to my male-dominated engineering colleagues a couple of years back. In one case, I had sat a few of my colleagues down—they were boys, young and single—and told them I was expecting a baby. Their general response was a combination of awkwardness and uncertainty on how to react (it was hilarious!).

I would say this is a more common experience in tech where the average age is <25, with many being unmarried or without kids.

Not about my work but I did receive casual sexist comments about my short hair being not “feminine” enough. I was caught off-guard and frankly surprised to receive this comment from another woman.

As of today, my biggest challenge is trying to experiment with new technology. The I.T industry grows very rapidly. It takes a lot of willpower to keep trying even after many attempts, but I know it’s all worth it in the end. Besides, even if I fail, I can learn from my mistakes and be more well-equipped in my skill.

As a whole picture, I think there aren’t enough women in the senior and management-level roles in the industry. Perhaps, when this happens, it’s when we can break the well-entrenched misconception of tech being a male-dominated industry.

What about as a child or in your later teenage years? Based on past stereotypical Asian beliefs, the older folks used to encourage law, accounting or medical degrees under the assumption that there’s a demand for them. Fast forward today, would you say there’s a growing demand for people with skills to work in the tech industry?

You’ve just described my parents! It was definitely an uphill battle convincing and explaining to my parents the premise of my career change into tech. There is an age-old perception that traditional industries like law, accounting, medicine was a safe choice, offered stability and steady income.

Coming from a traditional Asian family, it was definitely an uphill climb for me due to certain conservative mindsets and beliefs. But during my journey, I learnt about being innovative, confident and not being afraid to achieve a dream.

It’s probably just me but since my dad worked in the I.T industry, I thought the Asian stereotypical career path was I.T! I was considering it anyway though and my dad who suggested the course reasoned that I.T was in high demand. After working in this industry for a while, I can see that it’s true.

The art of making impactful communication. Women tend to use indirect language at the workplace, shying away from making direct statements (e.g. “sandwiching” comments instead of giving a direct criticism) or making direct requests (e.g. being able to sell your successes when doing salary negotiations).

I’ve learnt that direct, but respectful, communication always works best to achieve an optimal outcome. I also believe in saying yes to opportunities – even if you’re not sure whether you can do it. Sheryl Sandberg was famed for saying, “If you’re offered a seat on a rocket ship, don’t ask what seat! Just get on!”

I think the most impactful lesson I’ve learnt is to not be afraid to ask questions. I used to be too shy to ask questions because it would mean I’m admitting that I didn’t know something. But, you know what, that’s totally fine! Because if I hadn’t, I wouldn’t have learnt so much and I wouldn’t be where I am today!

Words have never been truer. Let’s end this with some pearls of wisdom. What is a piece of advice you can share with our female readers who are considering learning a skill in tech or joining the tech industry?

Firstly, it’s never too late to pick up a tech skill. I picked up coding four years into my working life and started from the ground up through coding. Secondly, don’t be afraid to reinvent yourself and keep an open mind—having a growth mindset will set you on the right track. The thing about tech is that tomorrow could be very different from today’s status quo. It’s what makes the future of tech so fascinating.

A right mindset is very important to join this industry. Do your research and set a goal for yourself. Don’t start without any planning ahead and gather the strength to face all kinds of challenges.

Just be yourself and do what you love. Don’t be swayed by the perspective of a male-dominated industry and other people’s opinions. If your love is programming, engineering or computers, then go for it.

What you are *actually* paying for when buying medical insurance/takaful

Ask A Yoga Instructor: Is yoga a form of exercise, meditation, or way of life?

What you are *actually* paying for when buying medical insurance/takaful

Ask A Yoga Instructor: Is yoga a form of exercise, meditation, or way of life?