Muse of the month: Zaha Hadid

The first lady of modern architecture 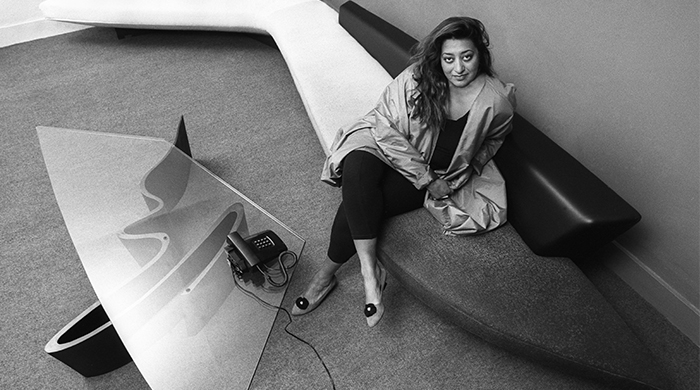 No one can ever accuse Dame Zaha Hadid of being a conformist, not when she is known for her utopian ideals in her field that are far-reaching and seemingly impossible to achieve. But what sets the award-winning architect apart is her persistence in accomplishing the vision she’s had in her mind, especially being the first woman in her industry to catch that sort of groundbreaking attention and at times, controversy.

“I’ve always been independent and because I’m ‘flamboyant’ I’ve always been seen as difficult,” says Hadid in a recent interview with the Financial Times. “As a woman in architecture you’re always an outsider. It’s OK, I like being on the edge.”

Growing up in Baghdad’s Bauhaus-inspired buildings, Hadid’s first love was mathematics and found that “math was like sketching”, as her parents advocated the importance of both science and creativity. When she was studying at London’s Architectural Association in 1972, her abstract work (influenced by Russian suprematism) caught the attention of her professors—prominent architects Rem Koolhaas and Bernard Tschumi. After establishing her own firm (Zaha Hadid Architects) in London in 1979, her career gradually took off with both her conceptual and commissioned work, from Cardiff Bay Opera House in Wales and London Aquatic Centre for the London’s 2012 Olympics, to South Korea’s Dongdaemun Design Plaza. Hadid’s artistic touch goes beyond architecture—having a penchant for fashion, she has designed Stuart Weitzman’s 3,000-ft flagship store in Milan, Chanel’s sculptural mobile contemporary art container and Women Fashion Power exhibition in London. And how could we possibly forget the fluid wraparound shoes from her collaboration with Lacoste in 2008, or her reinterpretation of Adidas Originals Superstar Supershells alongside Pharrell Williams?

Hadid is one of the first architects whose designs are based on digital technology, which explains the radical, sci-fi like forms and dynamic curves in her buildings. Cinching a slew of awards that have been traditionally won by men—most notably the 2004 Pritzker Prize laureate and the Royal Institute of British Architects Gold Medal 2016 (RIBA)—has made her even more acclaimed although not without criticism for her extravagance and lack of practicality in her work.

It is by her staunch beliefs, iron will and strength of conviction that Zaha Hadid has come to be not only one of the most recognised female architects of today, but also one of the most prominent architects of all time. She is a force of nature: truly unstoppable in her field and a most inspiring and deserving muse.