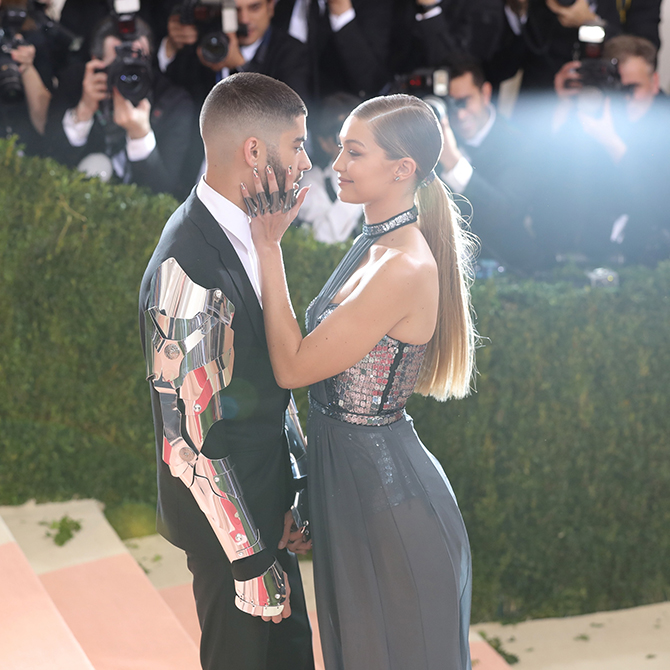 May 1, 2020 *Update* Gigi Hadid has confirmed her pregnancy on The Tonight Show Starring Jimmy Fallon. In a video on Youtube, the host congratulated the mum-to-be before she replied: “”Thank you so much. Obviously we wished we could have announced it on our own terms, but we’re very excited and happy and grateful for everyone’s well wishes.”

It’s a (happy) news we didn’t see coming: Gigi Hadid and Zayn Malik are expecting their first child together! According to TMZ and Entertainment Tonight, the model is 20 weeks pregnant, but there are no details yet about the baby’s gender or due date.

While we keep calm and wait for their official announcement, it’s safe to say that all eyes have been on the couple ever since they got together—on and off—five years ago. Even though they rarely make public appearances together, when they do, we can all agree that they’re one of the most fashionable couples around. Gigi has everything an It-girl embodies—she’s one of the most successful models at the moment, and when it comes to her off-duty style, she’s a force to be reckoned with (aka she looks good in everything). As for Zayn, as a musician, no matter how dressed down he is, his quintessentially British punk-rock style still shines through.

And while matching couple outfits will always be a faux pas in our books, the duo’s same-same-but-different style over the years have definitely steered the trend to a right direction—you can match your outfits without wearing the same items from head-to-toe.

Below, all the times ZiGi stepped out looking like perfection:

The easiest way to coordinate your looks without looking like you’re trying too hard? Pick a focal colour and work around it. In this case, both stars were spotted wearing the same mint green shade in two distinct styles—Gigi, in a chic pantsuit, and Zayn, in a rugged patchwork jacket-jeans combo.

If The Matrix were to make a reboot, these would be the main costume style inspo. We don’t know which look we love more—Zayn’s extra-long overcoat (love the peekaboo print in the form of the socks!), or Gigi’s super-suave leather get-up.

Athleisure at its best

One brand, two ways. ZiGi each gave the athleisure piece their own spin—while Zayn opted to go down the “dad” route by layering a T-shirt under, Gigi amped up the ante by pairing the oversized hoodie with a pair of leather trousers.

Zayn and Gigi’s 2016 Met Gala look is one of our favourites of the couple. For one, they’ve nailed the “Manus x Machina: Fashion In An Age Of Technology” to a T, combining futuristic accents into their formal attire.

Sometimes, the slightest details give a huge impact to your finishing look. Case in point: Gigi’s cropped sweater.

Two simple ways to elevate your style. For him, swap out the casual sneakers with a pair of sleek boots; and for her, a body-hugging printed turtleneck and thigh-high booties to tune up the jacket-tied-over-skirt look.