Come June 6, more than 70 countries will have access to the new online boutique, 24 Sèvres by LVMH Möet Hennessy Louis Vuitton. Taking inspiration in name and concept from their successful Parisian department store Le Bon Marché situated on Rue de Sèvres in the 7th arrondissement, expect to find over 150 labels encompassing fashion, beauty and luggage products, which include those of the group's own stable as well as brands from outside the conglomerate. 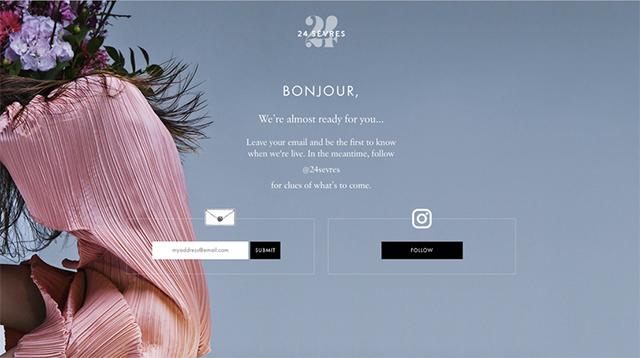 Here's what else you need to know:

Controlled by French billionaire, Bernard Arnault, LVMH ranks as the biggest luxury goods group globally in terms of revenue. Their formidable monopoly of labels and widespread offering would pitch them head-to-head against current star players like YOOX Net-A-Porter, Matchesfashion.com, and Farfetch who stock LVMH brands as well.

Plus, with more Louis Vuitton stores in the United States than Amazon distribution points, their potential logistical capacity is undeniable. Big names like Prada and Gucci will mingle with more cutting edge labels like Maison Margiela, and others such as Kitsune and APC.

24 Sèvres will be the only multibrand site to offer collections from Louis Vuitton and Dior.

2. The man behind the scenes

Before the several million euros poured into this venture, the biggest digital initiative by the group was hiring former Apple music executive Ian Rogers in 2015. Equipped with experience at the forefront of the groundbreaking digital movement in the music industry, the former head at Yahoo Music, Beats Music and iTunes Radio is positioned to revolutionise the culture of digital luxury in his newly created role of Chief Digital Officer at LVMH. 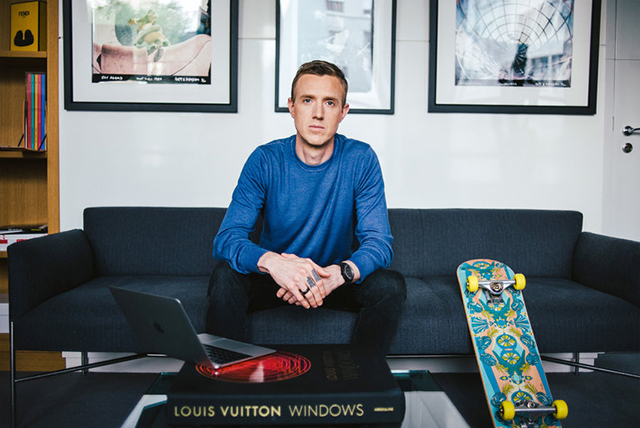 "And I just had this feeling about retail, that it would be the next frontier to really change, where the real winners are yet to be determined."

Eschewing the editorial leanings of its competition, 24 Sèvres will embrace a visually-led merchandising strategy. The usage of more images and fewer words echoes the rise of social media platforms like Instagram and Snapchat, which demonstrate a shift towards a preference for visual consumption.

24 Sèvres will be the only multibrand site to offer collections from Louis Vuitton and Dior. According to Rogers, customers can think of the online boutique as a digital version of Le Bon Marché. 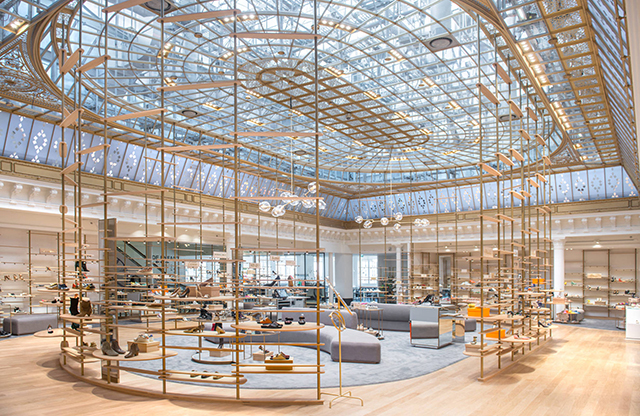 Existing members of the current loyalty program run by the departmental store—also called 24 Sèvres—will continue to reap the exclusive benefits through the website and dedicated app.

The launch of 24 Sèvres is actually the second multibrand online retail venture by the LVMH. A similar platform 'eLuxury' was started in 2000 and closed in 2009. Following that, it was reintroduced as editorial portal Nowness.

Addressing the reentry, Rogers says suggests that they don't necessarily want to be early adopters.

"We have been before and we paid the price for that. And when it comes to the internet specifically, there isn't necessarily a reward for being first. If there's quality in what you do, you're not threatened. Timing-wise, this is exactly where LVMH wants to be."

The Parisian perspective on luxury online retail has been sorely lacking in the industry. LVMH's latest entry into the digital sphere presents international clients with a very French curation of products.

Despite the reach of established luxury online retailers, e-commerce only makes up seven percent of industry sales. But the figure is expected to rise to 12 percent by 2020, according to the Boston Consulting Group, while McKinsey & Company predicts it will triple to 70 billion euros by 2025.