In what we feel could be a perfect geeky extension to a quirky-chic Gucci ensemble, Gucci Places is a digital app that connects users with a curated list of locations that have special significance to the brand. Chosen places are those that reflect the taste and values peculiar to the House. With just a simple touch, unlock exclusive access into the creative mind of Alessandro Michele and unveil interesting stories behind what will eventually become an extensive network of places connected to Gucci. 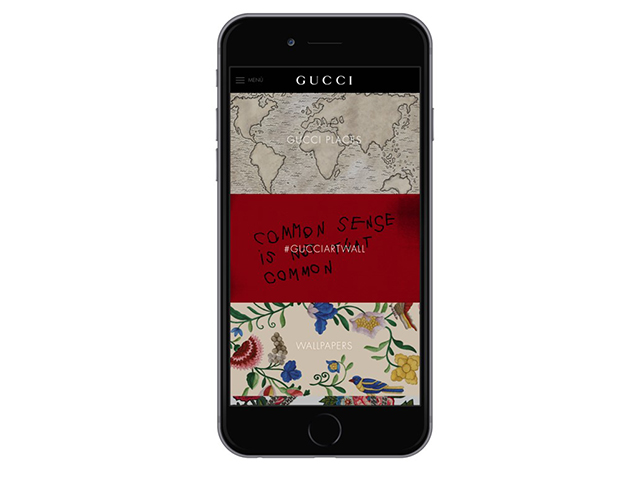 At each of the Gucci Places, a dedicated badge incorporating both the brand's aesthetic and motifs from the specific site will be made available to the user to retrieve on the app. Utilising a device's geolocation service, prompts are sent to users when in close proximity to a Gucci Place. As you collect stories through pictures, videos and detailed information of each place, this special feature enables you to assemble your own compilation of Gucci badges.

Chatsworth in Derbyshire, England has been revealed as the very first on the list of Gucci Places. It is the current host of "House Style", an exhibition of clothing and memorabilia curated by Hamish Bowles (American rogue's International Editor-at-Large) and location of the Gucci Cruise 2017 advertising campaign starring Vanessa Redgrave.

Tying in with the collaboration, a line of products under Gucci's Courrier collection is being launched and will feature designated patches. Find the exclusive collection at the Chatsworth store and the Gucci Sloane Street boutique in London, from mid-July onwards.

Look out for the unveiling of more Gucci Places and specially developed products for the places coming up later in the year.

Gucci's garden is a feast for the eyes

Gucci's garden is a feast for the eyes