Zegna and the quest for the Golden Fleece

There is great power in the humility of recognising the chinks in one's own armour. Even the Ermenegildo Zegna Group—whose total revenue from their 523 stores (303 of which are company-owned) generated an impressive €1.26 billion in 2015—know when to play a supporting role and to rely on the expertise of others. With its beginnings as a textile factory in Trivero, Italy, the group's range of luxury goods now encompass fragrance, eyewear, shoes, leather goods, ready-to-wear and made-to-measure garments. The fourth generation family-owned company's latest step in completing their supply chain has been a 60 per cent stake in Achill Farm, a 2,565-hectare property in New England, New South Wales: home to some 10,000 Merino sheep—the producers of the foremost ingredient in Zegna's recipe for success.

"When you have to learn something, it is our modesty that brings us to say: 'Can we do this on our own or should we tie ourselves to people who we can learn faster and more deeply from?'" says Paolo Zegna, the chairman and grandson of the group's founder, Ermenegildo. "Australia isn't exactly round the corner from Italy. We saw a number of properties that were 100 per cent for sale but something didn't feel right. Then we met Charlie Coventry of Achill—a young man with not only the skills but the goal and ambition to create something more meaningful and we knew that together, we have extremely strong pillars on which to build a future upon." 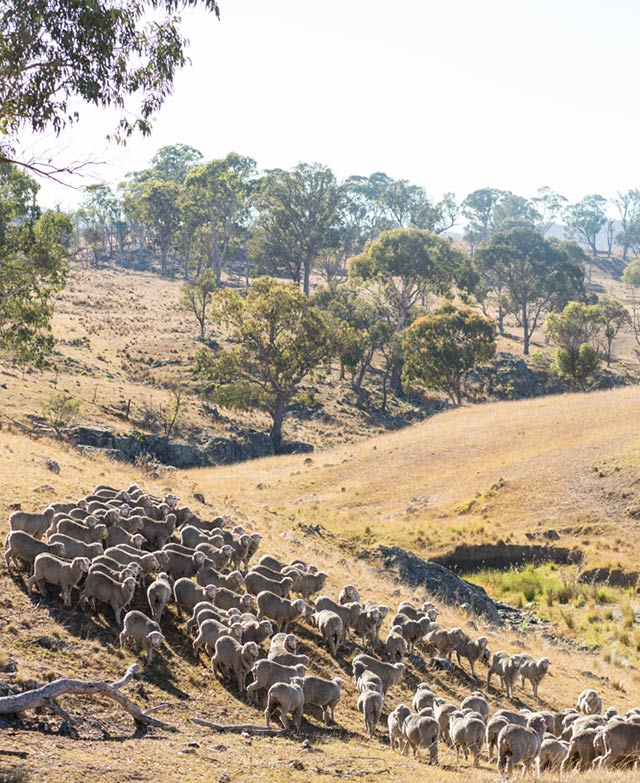 Charlie Coventry's family ties to the wool industry spans six generations before him. His father, Tyrell, was a former president of the Australian Superfine Woolgrower Association (ASWGA) and together with Charlie, bought Achill in 2001. The younger Coventry was working and raising his family in Sydney when he was approached with the unique proposition of a joint venture with Zegna. They required an in-depth know-how of the business and Coventry leapt at the chance to return to the homestead.

The New England pastures where Achill is situated are ideal for the production of Superfine Merino: its sheep are known for their exceptional wool quality with high tensile strength and low vegetal matter. Wool is a natural, biodegradable fibre with the amazing ability to insulate against both cold and heat. It has excellent wicking properties making it the ideal material for sportswear and is naturally fire and crease resistant. Australia has long been the finest producers of Superfine Merino wool (fibres must be no thicker than 19.5 microns to be considered superfine), with its rural landscape and mild climate being remarkably suited for Merino breeding. But every farmer is subject to the rule and whims of Mother Nature and for the past three years, the property has been hit by a drought with the lowest recorded rainfall in 130 years. "The production of wool is an investment which cannot be hurried," says Paolo. "We simply have to adapt and manage the situation—it may not be ideal but these are simply two extremes of the same chain."

Ermenegildo Zegna has been buying Australian Superfine wool since the 1920s and the company remain passionate supporters of its growers and the industry. In association with the ASWGA (the ASWGA represent 200 of the leading superfine woolgrowers who consistently produce the highest quality superfine wools 18.5 microns and under), Zegna established the "Ermenegildo Zegna Extrafine Wool Trophy" in 1963—a mark of recognition to reward the Australian woolgrowers' commitment to quality and to encourage constant betterment of their product. The Italian house's relationship with wool goes beyond simply meeting a bottom line. With the acquisition of Achill, the family is now involved in every step of the process—from producing its own wool that are turned into the finest fabrics in their own mills, which are then used in the garments displayed on the runway and are eventually sold in stores across more than 100 countries. 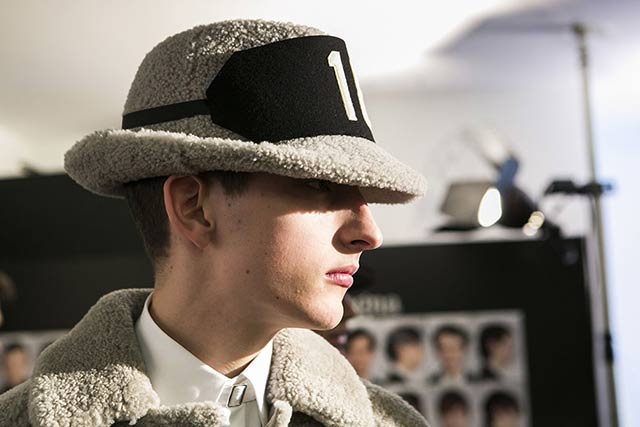 Zegna's dedicated patronage has resulted in the most incredible advancements in the Australian wool industry. Something must be said for a little healthy competition and in 2002 the Ermenegildo Zegna Vellus Aureum Trophy (Golden Fleece) was launched for wool under 13.9 microns. The Ermenegildo Zegna Vellus Aureum International Trophy was launched a year later in Australia, New Zealand, Argentina and South Africa—four of the world's finest wool producing countries. Edward and Jill Hundy of Windradeen in New South Wales have received this award six times and in 2010, they set a new world record for producing an ultrafine fleece measuring in at an astounding 10.0 microns. All the top fleeces are bought by Zegna and are milled at their own Lanificio Ermenegildo Zegna in Trivero.

"Selling things quickly for the sake of money goes against the very concept of creativity. creativity is going after something you truly believe in, believing in the vision and hoping the consumers believe in it too."

Every step of Zegna's process has been carefully measured and considered but being a family-owned business is certainly one of its strongest advantages. "We have the opportunity to be more flexible," explains Paolo Zegna. "Decisions are easier. Change is quicker. Large conglomerates have big shoulders, but we have faster legs." But how does the company intend on coping and adapting to the breakneck speed of the digital age? Zegna's eyes turn serious and there is steel in his voice. "Our products are based on time, research and effort along every step of the way. There are so many things we have built our credibility upon and we hold ourselves to the highest standards. Selling things quickly, for the sake of money goes against the very concept of creativity," he says. "Creativity is going after something you truly believe in, believing in the vision and hoping the consumers believe in it too. It is a process that requires time."

"You can't move nature through these channels but I do think that part of adapting is being able to cope with both sides of the coin," he continues. "On the one hand, you have to take note of how the digital sphere influences the world. On the other, I don't think you have to give up everything that doesn't operate according to the same rhythm or speed. Nature simply won't let it happen." 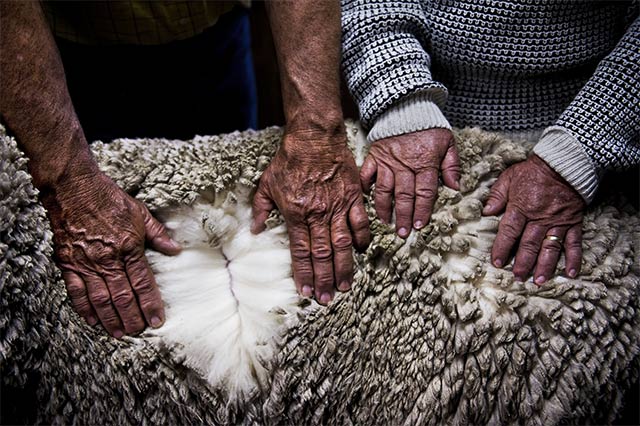 Achill Farm may only produce a fraction of the wool the Zegna Group actually requires to produce its garments but its acquisition is one of the many steps the company is taking not just to further improve the industry, but also to build and ensure its longevity. This is no mere passion project but a commitment to excellence and a way of life, and it is with a fierce look of pride and a smile on his face that Paolo Zegna tells us, "Now we know everything from the name of the sheep to the name of the customer who walks out our doors."