Making the right choices: how you can do your part to ensure a brighter fashion future

'Cause saving the planet is the thing to do

With CO2 emissions second only to the petroleum industry and accounting for ten percent of the world's total carbon footprint, what consumers often fail to realise is the impact the garment industry has on our planet. Whether a person claims to love or loathe fashion, everything item of clothing you put on your body is a choice: whether it be a beautifully embroidered denim jacket from Gucci or sweatpants from Kmart that tell the world you've given up; however you choose to present yourself to the world has an invariable effect on the environment and humanity.

From toxic chemicals being released into waterways and the amount of waste that goes into landfills, to enforced labour and horrific working conditions, it is our responsibility as consumers and as inhabitants of this earth to give more thought to the way our clothing is produced. Being sustainable goes beyond sorting out your recycling or choosing the organic option at the grocery store—we need to remember that the choices we make and the clothing we buy can have direct impact on other peoples' lives. 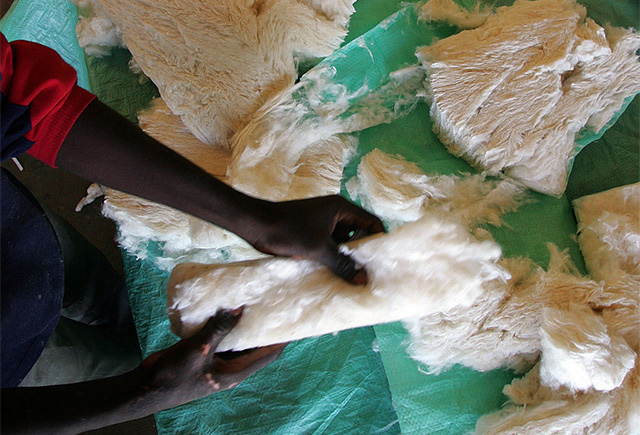 The fashion supply chain employs tens of millions of people around the world—from cotton-pickers, embroiderers, seamstresses, designers and retail staff—and unless you are a full-time nudist, choosing to ignore the problem is no longer a viable solution. As we approach the fourth anniversary of the Rana Plaza disaster in Dhaka, Bangladesh in which 1,129 garment workers perished and more than 2,200 were injured, we must remember that all too often, the true cost of fashion has been paid for with human lives. It should be a basic tenet of humanity to be informed and to make a conscious effort to support the wellbeing of our fellow man: to be curious, to ask the hard questions and to actively seek answers.

The garment industry accounts for 80 percent of Bangladesh's foreign trade, employing approximately four million people, some of whose monthly wage dips as low as USD68 (RM300) a month.

61 percent of clothing companies do not know where their garments are made, which in turn makes it safe to say that they have no idea of the working conditions of the people who make these clothes. The garment industry accounts for 80 percent of Bangladesh's foreign trade, employing approximately four million people, some of whose monthly wage dips as low as USD68 (RM300) a month. It is akin to modern slavery: workers endure long, exhausting hours with no overtime, often in unsafe working environments, earning barely enough money to sustain a dignified life. The Rana Plaza building housed factories that made clothes for brands such as Primark, Walmart and Benetton—big corporations that profited from the disgustingly cheap labour provided. For months, workers had raised concerns about the cracks in the building and its crumbling foundations but were paid no mind until the building collapsed on 24 April 2013. 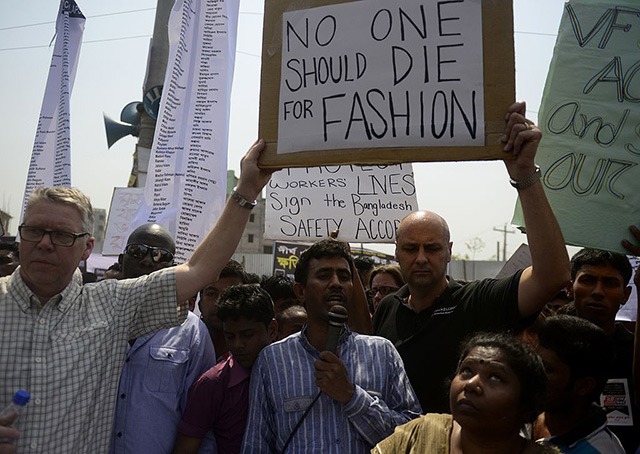 Our first step to this process is to think of the purchases you make. It is a remarkably simple rule to live by: BUY LESS, SPEND MORE. Classic, well-made clothing will remain a beloved member of your closet for a much longer time than cheap, trendy pieces. Natural materials such as cotton, silk and wool are also easier to recycle and are less harmful to the environment, as nylon, polyester and other synthetic materials can take 1,000 years to break down. Do you need ten pairs of cheap jeans in your wardrobe? Jeans that will begin to fade and lose its shape after a couple of washes, only to end up in a landfill where it will take years to disintegrate? Or would you be better off spending more money on a couple of really well-made pairs, dyed in natural indigo and that will serve you faithfully for upwards of five years, molding to your body and fading with time getting all the more beautiful with every repair.

Put in the simplest terms: as long as there is demand for clothing made at a ridiculously low price (at the expense of its makers), conditions will never be able to improve to an acceptable, humane standard. The responsibility lies with the customer to make mindful decisions: to research, to think and to make conscious choices with their purchases. The age of information provides us with a wealth of resources that are readily available; our only duty is to want to see and to question. We're not always going to get it right but the first step must be to try, because all good intentions are meaningless without action.

Buro 24/7 Exclusive: An interview with Yael Aflalo of Reformation

Sustainability can be fashionable, according to H&M