But unlike countries like Australia, where stringent legislation is unwaveringly enforced, regulation is rather more lax in Malaysia, which in turn leaves the door open to exploitation by less than scrupulous restaurateurs and food producers. Happily, thanks to the efforts of such modest but authentic enterprises as Garden to Table Private Dining, the groundswell for responsible consumption is growing. Founded and manned entirely by erstwhile food stylist CY Phang, her mother, and a part-time helper, Garden to Table ticks all the boxes, and for all the right reasons. A garden that seems unkempt to the untrained eye is home to substantially more than 100 varieties of herbs, vegetables and fruits, all thriving in happy, organised chaos. 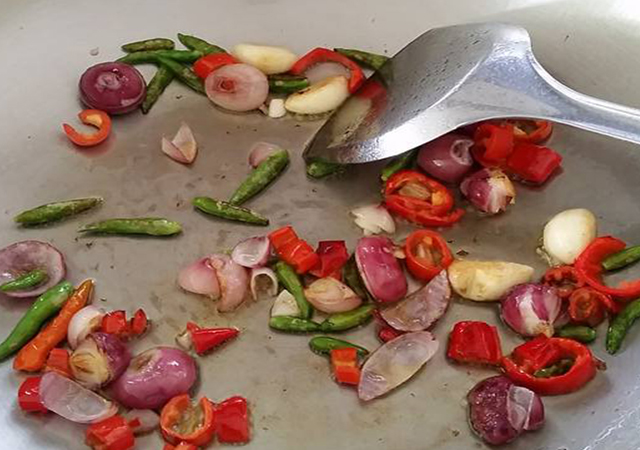 Once weekly on Saturdays, Phang opens her doors to diners for lunch and dinner, preparing food from scratch that's either sourced from the garden or obtained from neighbours and market producers who accept her produce in exchange for theirs in what may seem an anachronistic interaction to we urban dwellers, but is in matter of fact a very efficient way to live. Beyond exchanging produce, the stallholders also share their knowledge and it's as much a system that is fed by necessity as it is a means of strengthening community ties. 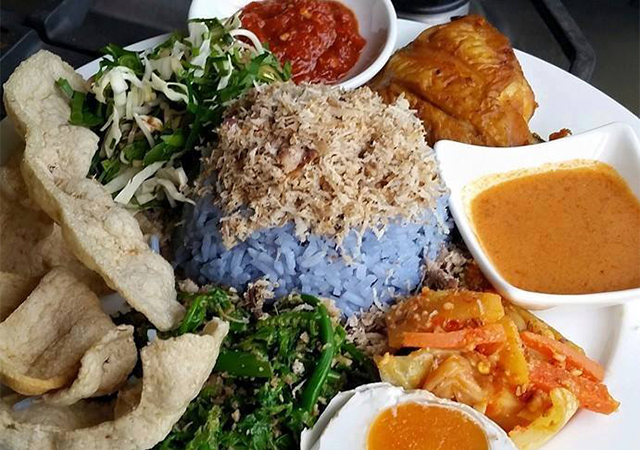 Partly borne from Phang's passion for horticulture, and also largely driven by her revulsion for the extortionate food waste that was an unfortunate but inevitable byproduct of her previous job, Garden to Table perfectly exemplifies one person's willingness to lead by example. Ergo, signature dishes like the nasi kerabu comprises rice that gleans its deep blue from the bunga telang-butterfly pea flowers-that are as aesthetically captivating where they fluorish on the fence as they are painstaking to pluck, dry and soak. The cucumber, long beans and mung beans, as well as the herbs in the ulam are entirely harvested from the garden, while the salted egg is home cured, because for Phang, a transparent lineage for the food she serves, and eats, is paramount. 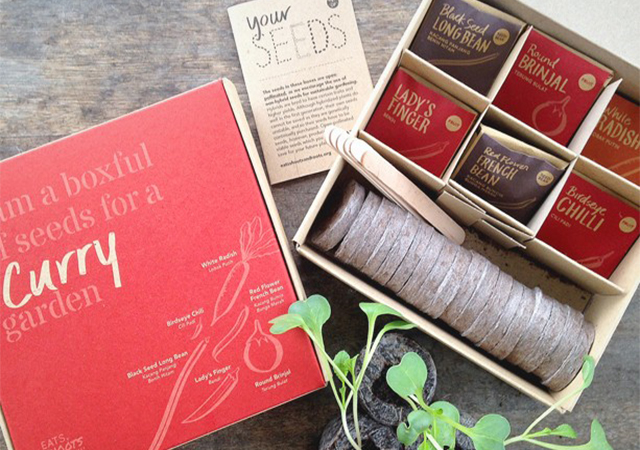 Propitiously, Phang is not alone in her endeavours. "Social enterprise" Eats, Shoots and Roots--previously Embun Pagi, a permaculture educational and demonstration site-has as its raison d'etre the aim to "empower urban individuals and communities with skills and tools to grow their own food, and build a sense of resilience in the city". Helping clients to establish their own edible gardens through a garden royong-a riff on the traditional community-based gotong royong-system which sees the involvement of neighbours, family and friends, Eats, Shoots and Roots also invites volunteers to help in their ever-expanding edible garden.

Taken separately, Eats, Shoots and Roots and Garden to Table may just only be two little drops in a very vast ocean that's still largely dominated by ambivalence, but change is afoot, and for our sakes, I for one hope it's going to happen sooner rather than later.Because from little things, big things grow, here are five easy ways to kick off your mission to becoming a more responsible consumer:

1.    Using biodegradable detergents for your crockery means the water you use for rinsing can be saved to water your plants with later. At Garden to Table, rain water is also stored to wash the kitchen and porch and to water the plants.

2.    Always carry food containers with you when you dine out. Most Malaysians have eyes that are bigger than their stomachs, and tapau-ing is almost inevitable. Reduce the use of disposable containers and bring your own tiffin carriers.

3.    Making your own compost is easy. Instead of dumping food scraps like prawn shells, fish guts and vegetable cuttings in landfill, simply bury them in the garden, and you'll find your plants enjoying richer soil in no time at all.

4.    Garden clippings-leaves, branches, dead flowers-can be used as mulch in the compost system.

5.    Be a responsible shopper. Only buy what you know you'll consume, but because some waste is inevitable, return what you don't use to the soil so that the cycle of life is perpetuated, and as compost, your old scraps will bring new life to your garden.