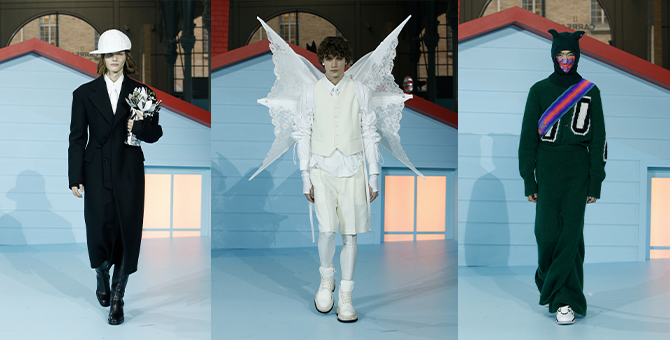 Over at the Carreau du Temple in Paris, Virgil Abloh's final collection for Louis Vuitton was unveiled on a dreamlike and nostalgic set rendered in the colours of a sunset. It was "Louis Dreamhouse", where dancers moved with models, beds rotated in symphony and the rooftop sprung out of the floor against a Tyler, the Creator soundtrack performed by the diverse Chineke! Orchestra. The collection consolidated the late designer's past eight seasons at the house, steeped in the core ideologies of his practice: imagination, coming-of-age, the wondrous childlike perspective of seeing the world filled with endless possibilities. Tailoring collided with sportswear, while bridalwear met streetwear across cape-like tracksuits, fuzzy bags and sequined suits. Themes of spirituality and transcience also came to the fore, via lace fairy wings that grew as the show progressed, as well as imagery of wizard motifs, grim reaper cartoons, cherubs on clouds speckled here and there. Rounding it off, there were also gestures of surrealism as a slew of leather bags appeared in the form of tin paints and a Dalí-esque trunk warped out of shape. See the full collection now. 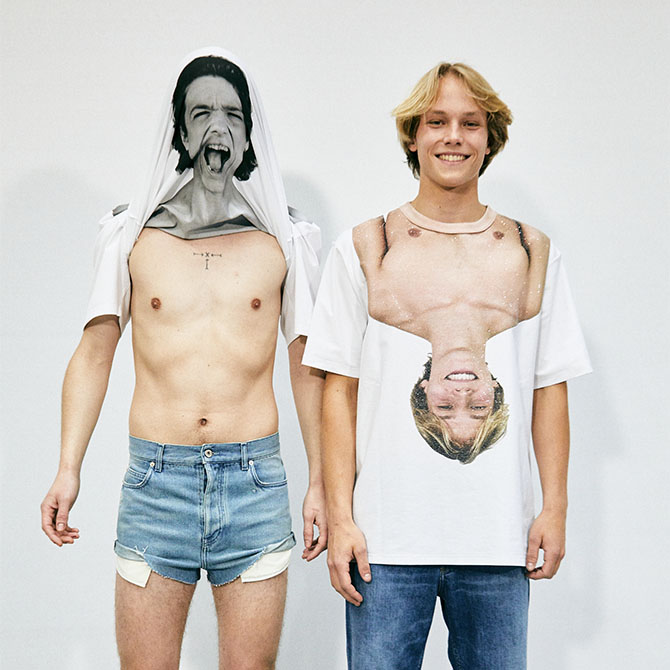 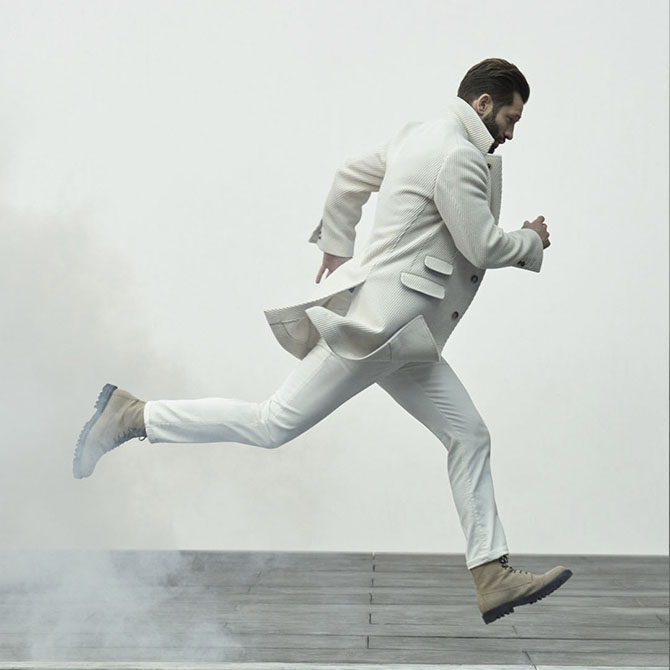 Virgil Abloh, creative director of Off-White: "It's built off that feeling that it's okay not to be in a box"