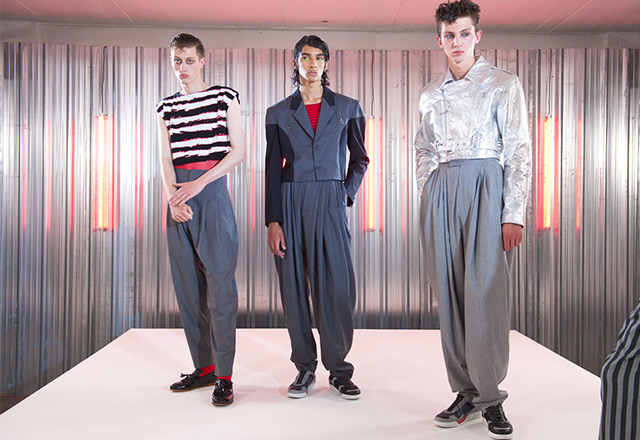 "New Romantics" was the theme of the night at Topman Design, where Eighties inspiration was rife in the form of high-waisted balloon pants, wide-shoulder jackets, and striped poncho cape-like tops—all complemented with tasseled brogues and high-top sneakers. For an eclectic touch, models took on a David Bowie-esque aesthetic with garish eye makeup and offbeat hairstyles. 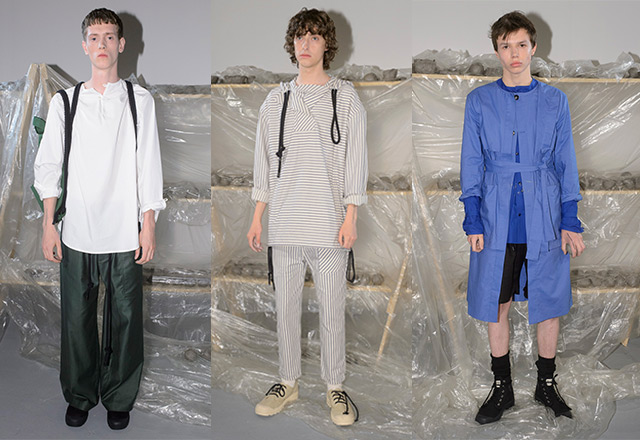 Potters at work was the setting that Phoebe English had in mind for her Spring 2018 men's presentation. She had models moulded clay on tall tables, wearing her collection that was tinged with utilitarian elements, including fabrics that are wearable as they are spring-appropriate (read: denim, linen, poplin, the like). A range of light jackets, trousers, shorts and tops kept the mood insouciant and easygoing—ideally what an unfussy, simple man would wear on his weekends out. 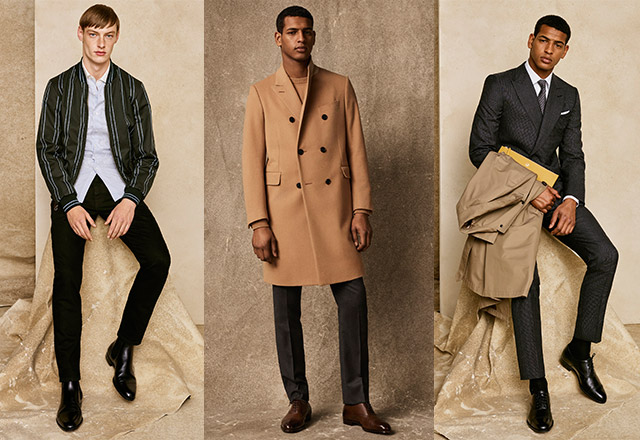 New creative director Mark Weston is leading a new chapter at Dunhill with reinterpretations of classic pieces. Outerwear was the star of the collection, with down-filled coats and multi-purpose parkas for daytime, and velvet and wool cashmere overcoats for the evening. The details take centre stage here, from the brand's signature Engine Turn geometric pattern in ties to broken pinstripe patterns. 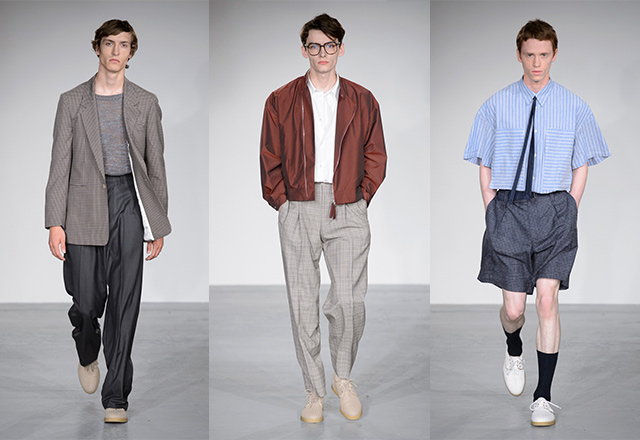 Refined functionality was a key takeaway at E. Tautz this season. Creative director Patrick Grant stuck to his signature silhouette—billowy, loose, but not bereft of elegance—with a colour palette of beige, navy, oxblood and gray. Pants were kept pleated, high-waist and roomy while jackets were boxy and cropped. Also, not forgetting a retro (and rather charming) touch by way of tucked-in shirts and mid-thigh shorts paired with calf-high socks. 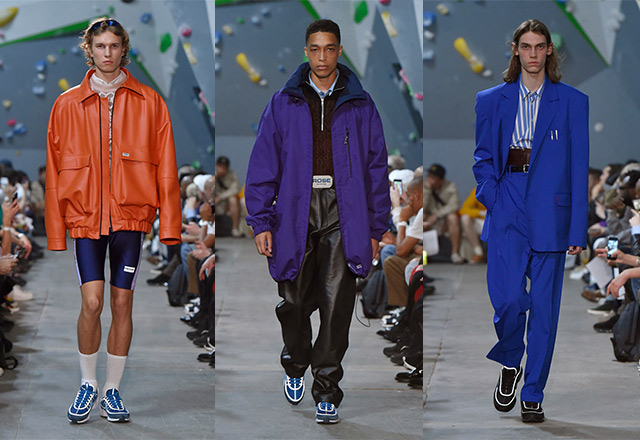 Martine Rose was all about “making the ordinary extraordinary again” this spring. Inspired by both the underground scene and outdoor lifestyle of the masses during the 1980s-90s, it wasn't a surprise to see logo tees and lycra cycling shorts in the lineup. Rose is best known for her exaggeratedly wide proportions, and she made it incredibly wearable this season with a handful of rain jackets, bombers and wool coats, all in eye-popping shades of blue, orange, and purple. 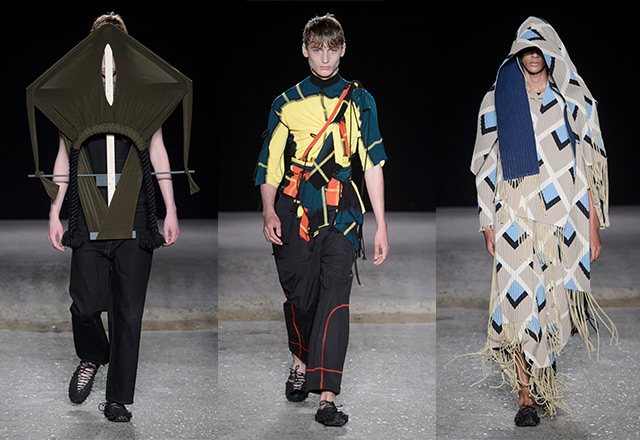 Craig Green showed us his idea of a dystopian paradise with a collection filled with symbolic and almost otherwordly elements, albeit, all crafted with precise technique. The show opened with models sauntering down the runway, strapped with wooden structures made of ropes and jersey—but that was as far-fetched as it got. The rest of the lineup included fringed blankets and scarves, tops that were knotted and draped, along with quilted ensembles made to look like cardboard. 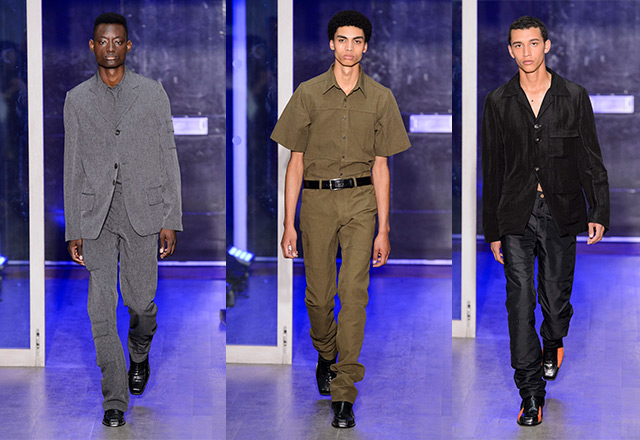 Grace Wales Bonner took an undecidedly serious approach with her pared back collection this spring. She was likely the only designer from London Men's Fashion Week who didn't incorporate wide-shouldered tops or jackets in her lineup. Silhouettes were kept lean and well-fitted, while a slight masculine aesthetic was punctuated with boxy shirts and trousers, tailored suits and fluid silk pieces.