“It’s not that the suit is over. We haven’t maybe just given them the right suit."
- Kris Van Assche

It would seem that the runways of Paris Men's Fashion Week were united on the same front of reworking the gentleman's uniform. So, we followed suit and condensed the week's offerings into our favourite shows to unpack the latest menswear propositions: 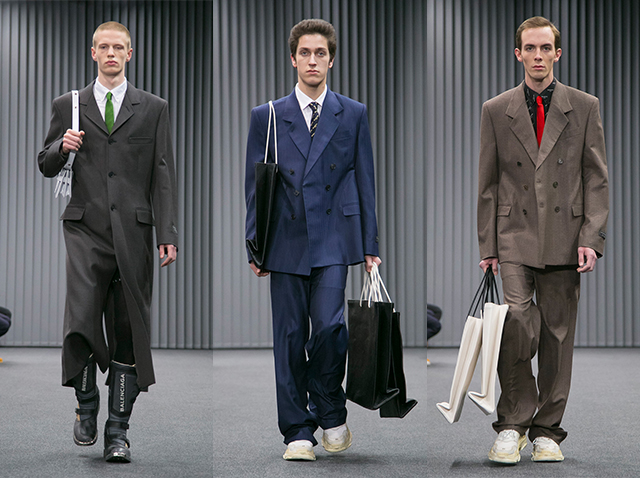 As per the movement that is Vetements, the streets are an obvious influence on Demna Gvasalia. At Balenciaga, Wall Street corporatism was the running commentary this season. Within Gvasalia's narrative of the working man, the white collared elite were offered a sombre amplification of the suit. Edges remained razor straight, proportions were stretched out, lapels and welts were kept classic and bar the broadened shoulder or two, individuality was masked by corporate identity. 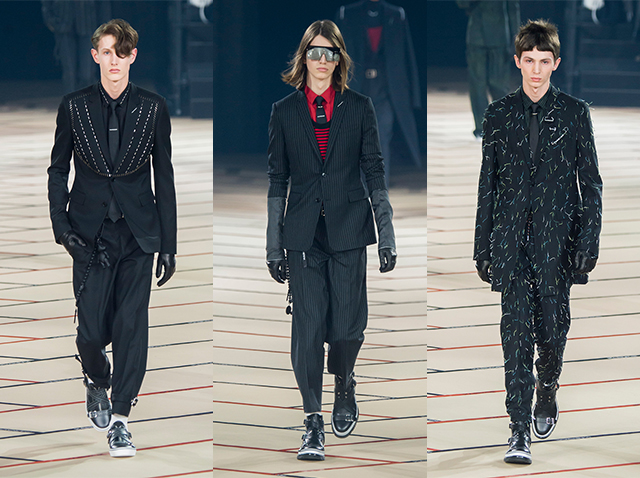 Hermes
Between a rock and a heart place 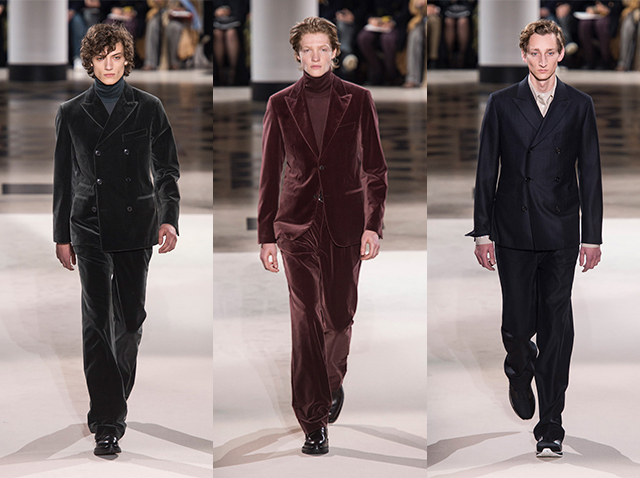 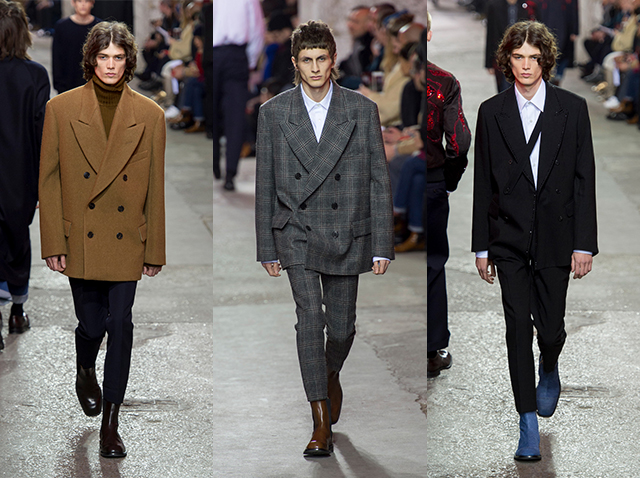 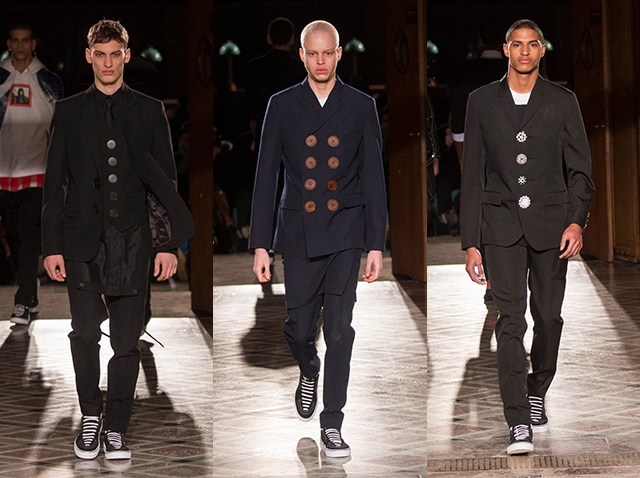 The play on proportions followed a different set of rules at Riccardo Tisci's Givenchy. Instead of reworking the silhouette, Tisci played up the details to conceptualise a new suit for a new crowd. With his notorious goth leanings amiss, the suits that walked down the runway exemplified polished tailoring with the exception of aligned sets of giant buttons. Some were plainly brown and round, others came in families of four - each non-identical and so exquisite, they're almost brooch-like. 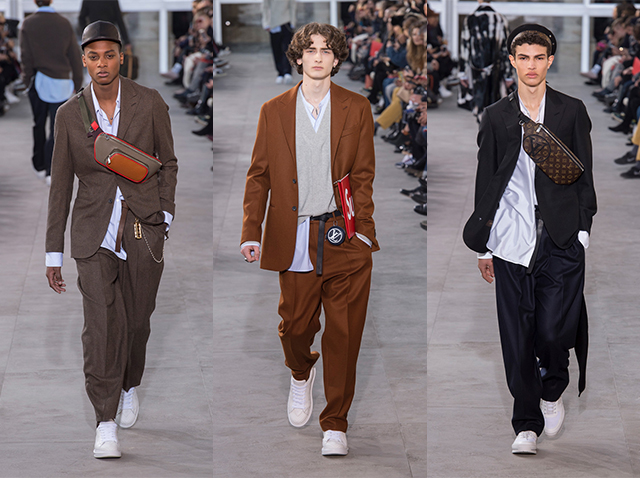 If the collaboration with Supreme is not enough to allude to informality, the relaxed cuts of the clothes are a perfect underscore. Kim Jones sent a slew of loose fits with volume drafted into the patterns down the LV runway. The new laid-back cool: languid coats, slouchy shirts, and wide-legged slacks with added pleats that veer on baggy. 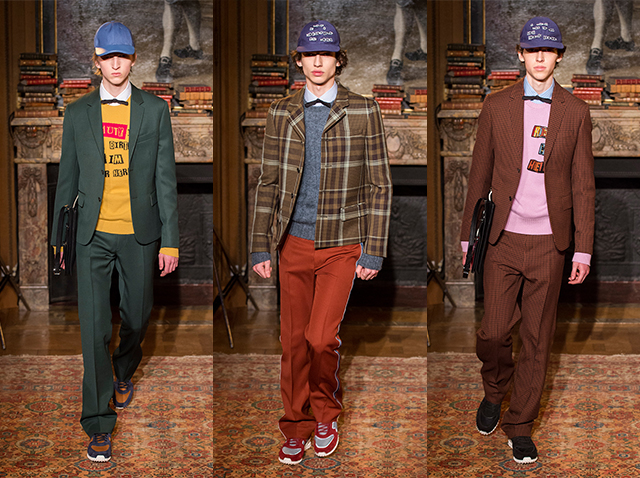 Walking in front of a mantle stacked with scholarly tomes, Pierpaolo Piccioli's baseball-capped team sported woolen jumpers, skinny bowties and tweedy jackets in gingham and plaid. A palette we'd dub 'old-cabin-in-the-woods' was revived with a surprising dab of mint and powder pink between every five looks. Patchwork slogans courtesy of the Sex Pistol's Liverpudlian graphic designer made for the quintessential nod to Brit wit and matched perfectly with the trend du jour.