Not afraid of heights 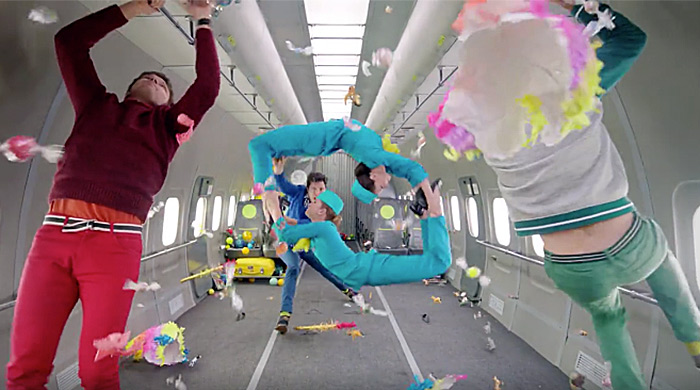 If there’s one thing that I can say confidently, it’s that American alternative rock band OK Go’s music videos always outdo the music itself. Ever since they stepped onto critical popularity with the release of the video for ‘Here It Goes Again’ from their 2005 sophomore album, they’ve found a niche and stuck to it: low budget, single-shot, choreographed music videos.

But of course, following the success of having released four studio albums, their budget seems to have gotten bigger. This time, for their single ‘Upside Down, Inside Out,’ the band does intricately choreographed stunts inside a plane that flies at a parabolic arc, creating what seems to be a zero gravity space.

The band said on their website, that the single-take video was paused and shot eight times as the anti-gravity moments only lasted a maximum of 27 seconds. It took them some 27 flights to plan, rehearse, and complete the video. The band took three weeks to film the video in Russia, at the Yuri Gagarin Cosmonaut Training Center near Moscow.