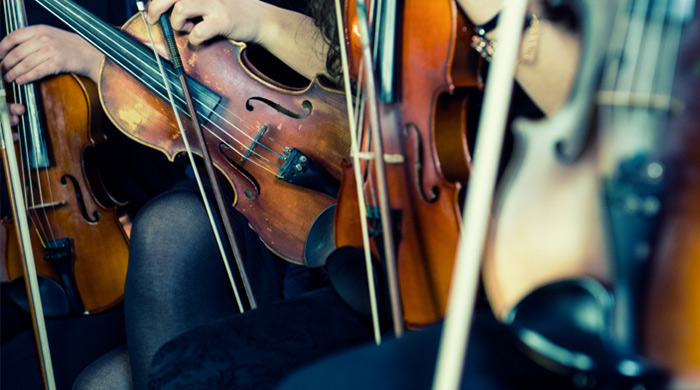 Classical music concerts may not necessarily sound like the most appealing of activities for today’s generation of hip, young scenesters. But if you’ve ever been to one – or at least, a good one that moved you in some way or another – you’d probably agree that experiencing classical music in a live setting is nothing short of amazing, and is a must-see at least once in a lifetime.

I can give you a million reasons why you should attend one – you’d be basically watching a group of people playing various instruments, with different melodies and parts that fuse into symphonies that melt into your soul. But this article isn’t about that; it’s about how you’re expected to behave when attending a classical music show. If you’re a first timer, don’t be intimidated by the projected rigidness you’ll find at many concerts – just stick to these five basic rules and you’ll be fine.

Be prompt, if not early

As most indoor classical concerts are sit-down venues, you should arrive early – at least ten minutes – before the show is set to start. Arrive early not just because you’d have to make an awkward entrance into a hall where people have already been seated and do the walk of shame, should you be late. Arrive early so that you don’t miss any part of the concert, and that’s just simply out of respect to the music, its composers, and its performers.

Many general concert etiquette rules say that dressing isn’t an issue and that you should wear whatever you feel comfortable in. But always refer to the venue in which you’ll be attending the concert and observe their dress code (i.e. the Petronas Philharmonic Hall calls for “smart casual” dressing with no shorts, collarless tees, singlets, sports attire or slippers). Either way, it’s most important to wear something that you can sit in for two hours.

Don’t talk or make any noise

Fun fact: Classical music used to be like rock concerts in its day – at least for Mozart, where his audience used to chatter, clap, eat and drink throughout his performances in the 18th century. Then Wagner came about in the 19th century and hushed everyone at opera halls. Silence thus became adopted for concerts, so that the audience may fully appreciate the music. If you were to do that today, you’ll probably be glared at, told to shut up, or simply be asked to leave. But there’s also another good reason to stay silent: you don’t quite want to distract the people performing on stage, thus potentially stopping the music.

Keep the handphones on silent, and double check that you’ve done so before a concert has started. You don’t want your muzak ringtone to blare through the concert hall while a violinist is in the midst of shredding his way through Paganini. The good thing about keeping silent and stashing your electronic devices away is that you’re removing yourself from your everyday reality for some two hours, so that you can just sit down and listen to the music that is being played in front of you, and enjoy and appreciate it.

Clap when others clap

Gauging when to clap is pretty tricky, so the best way to know when to give applause is to simply follow the rest of the audience. People generally don’t clap between movements of a larger composition, so it’s good to be aware of which movements are being played and how many there are. If you’re still not sure, don’t worry – there are definitely many seasoned aficionados seated around you, so you can simply clap along when they give applause. You could also look out for these cues: when the conductor drops his arms and turns around, it’s often to indicate that the piece has ended.

At the end of the day, it all boils down to one simple rule, really: Just sit down, relax, enjoy the music, and don’t disturb others around you.