10 Picturesque movies that are the perfect (virtual) travel escape 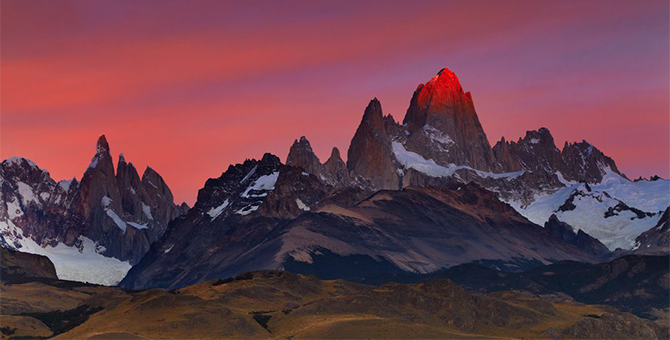 Miss travelling? Need a vacation? So do we. But for the foreseeable future, the prospects of getting on a plane and jetting off to a picturesque getaway are slim. Thankfully, there are plenty of cinematic fixtures that will get you far and wide, around the world and back in time with just a press of a button.

From the sun-kissed coasts of Naples to colourful cities scattered across Latin America, here’s a round-up of scenic movies that will broaden the limits of your horizons far beyond the view of your window.

Leo DiCaprio plays Richard, a young budget traveller in search of a fabled paradise in the form of a pristine, untouched beach (and some sort of meaning in his life) among the islands of Thailand. A backpacker’s dream, the film spotlights the clear waters and sandy white beaches of the Ko Phi Phi archipelago in Krabi, enticing viewers so much that it led to the closing of Maya Bay a few years back as its coral reefs suffered from pollution caused by the influx of tourists.

This 2004 biopic chronicles Argentinian guerrilla fighter Ernesto ‘Che’ Guevara’s journey of self-discovery before he became the Marxist revolutionary icon. He embarks on a motorcycle road trip with his friend Alberto Granado, travelling across some of Latin America’s most scenic natural locations, from the Andes mountain range to Machu Picchu and Venezuela’s Guajira Peninsula, while opening his eyes to the political injustice in the country along the way.

Ah, Paris. The city of lights, love and the Eiffel Tower, where countless flâneurs have strolled its streets in admiration and wonderment of its quaint beauty. Follow Gil Pender, a wide-eyed screenwriter and aspiring novelist played by Owen Wilson, as he retraces the steps of creative progenitors in Parisian culture, sipping coffee in traditional al-fresco cafés and sauntering along the Seine before he accidentally travels back in time to the height of the Belle Epoque, a period in French history when arts, music and literature flourished. Crash a soiree full of 1920s literati and share a shot with Hemingway, because past or present, Paris always enthrals.

Traverse the golden coasts of Italy during the 1950s as you follow a sociopathic Matt Damon, aka Tom Ripley, who travels to the fictional island of Mongibello (actually the island of Ischia and its tiny neighbour, Procida in real life) and infiltrates his way into the lavish lifestyle of Dickie Greenleaf (Jude Law), the playboy son of a wealthy American businessman and his girlfriend, Marge (Gwyneth Paltrow). From the pristine beaches of Lazio under azure blue skies to the Spanish steps in Rome and opulent hotels of Venice, the movie is a luxuriously beautiful depiction of Italy in all its Mediterranean, sun-drenched glory.

The first Hollywood film to showcase the epic scenery of Iceland as well… Iceland (productions like Oblivion, Prometheus and Thor have used its location as a setting for a different country or mythical land), The Secret Life of Walter Mitty is about a daydreaming, work-laden New Yorker who challenges himself to leave behind his imaginations and experience the real-world instead. From the fishing village of Garður to the glacial lagoons of Jökulsárlón, Icelandic sceneries form an integral part of the movie and was also used to depict the breathtaking landscapes of Greenland, Yemen and the snowy peaks of the Himalayas in Afghanistan as Mitty embarks on a rollercoaster adventure.

Roma follows the story of Cleo, a young live-in domestic worker for a middle-class family in Mexico City against the backdrop of sociopolitical upheaval taking place in the country at the time, and is an ode to the women that raised filmmaker Alfonso Cuarón when he grew up there during the 1970s. Shot dynamically in black and white, the semi-autobiographical film is full of detailed shots of the Colonia Roma neighbourhood, from masterful streetscapes to intimate portraits of domestic life, represented entirely from Cuarón’s personal memory. This film is also the first Netflix Original to receive a whopping 20 major Academy Award nominations in 2019, taking home Best Picture, Best Cinematography and Best Foreign Language Film.

Shot at the Welgedacht Reserve in South Africa, Mia and the White Lion imagines the tale of a young girl (Daniah De Villiers) who becomes best friends with a white lion cub. The production profiles the expansive beauty of South Africa’s landscape, featuring sprawling savannahs and the diverse wildlife that calls it home, with filming taking three years to finish so that the cast could bond and develop real relationships with the animals that were featured in it.

This comedy-drama will take you on an intense rail journey through India’s varied landscapes, from chaotic market streetscapes to rust-hued deserts and lush mountains, through the eyes of three brothers on a quest to reconnect with themselves and each other after the death of their father. In classic Wes Anderson fashion, The Darjeeling Limited is eclectic, stylish and visually vibrant, portraying India as a character in its own right, central to the siblings’ healing, full of cultural diversity and rich heritage.

A film that’s close to home (the majority of its scenes were actually shot in Malaysia), Crazy Rich Asians will take you on a vicarious journey around Singapore through the lives of the elite, from the awe-inspiring Gardens by the Bay and the infinity pool on top of the Marina Bay Sands Hotel to the colourful quarters of historic Chinatown and a bustling cluster of hawker stalls. While CMCO is still underway, the film is also the best way to sneak a trip to the tranquil coasts of Langkawi or one of our country’s well-known estates from the indigo-blue Cheong Fatt Tze mansion in Penang to the minimalist Be-Landa House on top of the rainforest canopies in Kuala Lumpur.

Shot in Northern Italy, this Academy Award-winning film centres around a dreamy Italian summer in the ’80s, where its main protagonists Elio (Timothee Chalamet) and Oliver (Armie Hammer) meet and begin an impassioned affair that irrevocably shapes the rest of their lives. Through idyllic shots of the Lombardian countryside, filled with fruit trees and midnight swims in the sea to the quaint Piazzas and cobbled streets of Crema full of centuries-old architecture, the visually and emotionally ravishing film is full of sights, language and culture that will keep you yearning for more even after the credits start rolling.