What were you most excited for in terms of beauty this 2016? We take a look at beauty looks that induced a cult following on Instagram and in real life. 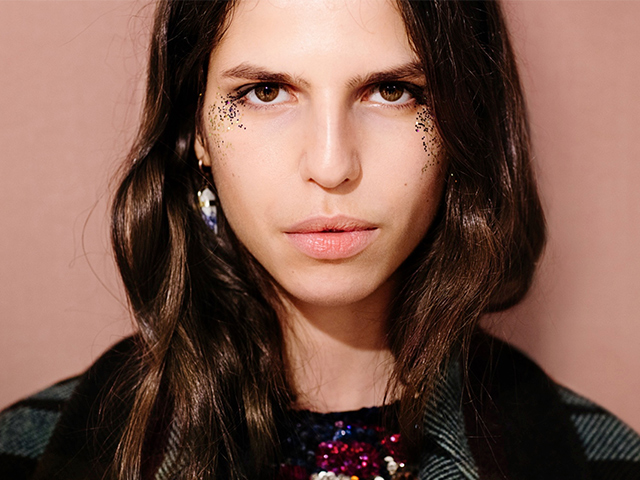 Our inner '90s child were screaming in delight upon seeing a dash of glitter speckled over models' faces during the Burberry February show earlier this year. Fendi jumped on the bandwagon with glitter-fied lips for an ultimate beauty statement during Spring/Summer 2017. Whether highlighting your eyes, lips, or even cheekbones (glitter strobing is a thing), it's now or never to go wild with the sparkles—more tips here.

American beauty brand Covergirl pretty much made history with appointing 17-year old James Charles as their face this October, but 2016 was the year for men in makeup. This exciting piece of news spawned multiple news coverage on fellow male beauty bloggers in the industry who were killing it, including Alex Faction, Manny Gutierrez, and Jeffree Star.

Last year's It-trend, baking, took a backseat this year with the revival of 'draping'—using pink blush to contour the cheekbones for a lovely flushed look. Marc Jacobs released their Air Blush Soft Glow Duos that are made with Japanese air powder for a day-long coverage, and Chanel SS17 had pink cheeks replete with rosebud lips for an au naturel, feminine aesthetic. 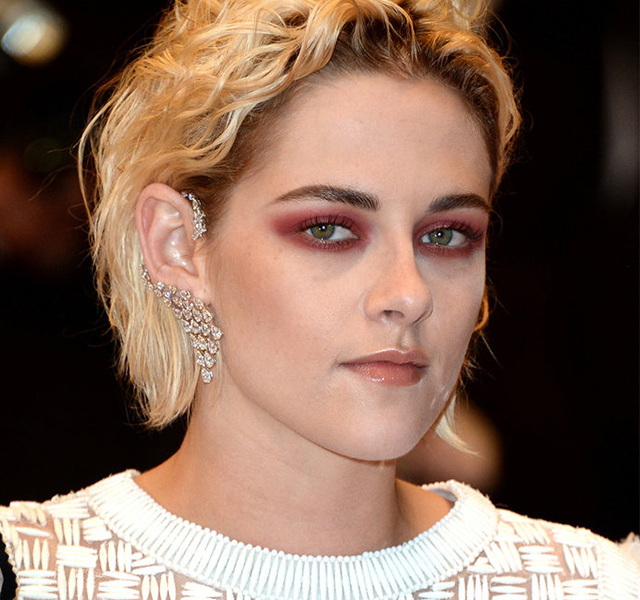 "Red is the colour of life, of blood; I love red," said Gabrielle Chanel. Hear, hear, we say! Just when we thought that the vivid shade could only be confined to the lips and nails, Chanel made it work for the eyes with the Fall 2016 Le Rouge Collection No. 1. Achieving its status as the new neutral, red eye makeup was rife this year with celebs including Kristen Stewart, Gigi Hadid, and Lupita Nyong'o sporting reddish to burgundy tones over their eyelids.

French manicures and funky nail art have got nothing on this avant-garde metallic nail look. The first celeb we saw donned this futuristic nail look was supermodel Gigi Hadid, who rolled out a set of custom, chrome nails that cost a whopping $2,000 at the 2016 Met Gala. Since then, this trend took off with different variations including the 'sunglasses' trend and 'broken glass' effect.

Perhaps more appropriate for Halloween instead of an everyday makeup look, galaxy-inspired faux freckles were all the rage this past July. Makeup lovers took their enthusiasm for this dreamy trend on Instagram (the hashtag #galaxymakeup has almost 12,000 posts!), using white eyeshadow and metallic/rainbow colours to draw stars and constellations over their faces.

We admit that this trend only took off late this year, but holographic lips are too fascinating not to include in this round up. Since Sigma rolled out their Lip Switches that actually sold out the day it were released, this shimmery lip look went viral on the Internet no thanks to its super-cool finish that resembles oil spill.

2016 was the year that runway models were given the snip, showcasing choppy blunt bangs that we absolutely love. Our girl Taylor led the way by debuting a bob with bangs that Anna Wintour would approve of at the Grammys, and it seems like mid-forehead, uneven fringe is the new cool-girl hair to sport.

This is the most popular celeb hairdo of 2016