Before the House of Franck Muller was established in 1991, his name was already well known within the world of horology. He enrolled in watchmaking school in his teens, and upon graduation from l'École d'Horlogerie de Genéve (where he was, of course, a star student), he was tasked to restore watches at the Patek Philippe Museum. It wasn't long before he started creating unique timepieces with a flair for complicated movement under his own name.

Arguably his most famous creation is the Crazy Hours complication, which seemingly makes no sense with its randomly placed numerals, but that is what makes it so appealing—it tells the time in its own fun, quirky way.

Did you know that there is a Rolex Perpetual Calendar (probably the only one of its kind) out there? We know, we know—why bring up another brand when we're talking about Franck Muller, right? For very good reason actually. Get this: the aforementioned timepiece was originally a Rolex Datejust, modified with a perpetual calendar complication by none other than Muller himself!

The story goes that back before he started his own brand, the watchmaker wanted to create a special piece for a dear friend. He took a 16238 yellow gold Rolex Datejust with the 3135 movement, and proceeded to add a month and leap year indicator, a data counter, a moon phase indicator, and a day indicator to it—all while retaining its 36mm case. The special timepiece was last seen on Jay-Z, who has been spotted wearing it on several occasions, including this appearance on CNN.

Being the Master of Complications, Franck Muller has premiered a string of record-breaking timepieces despite his company's young age. Besides Crazy Hours, he also introduced the Revolution 3, the world's first tri-axial tourbillon (2004); the Aeternitas Mega, a unique watchmaking masterpiece that boasts a whopping 36 complications and 1,483 components; and the Giga Tourbillon, featuring the biggest tourbillon incorporated in a wristwatch at 200mm, about twice as big as a regular tourbillon—just to name a few. 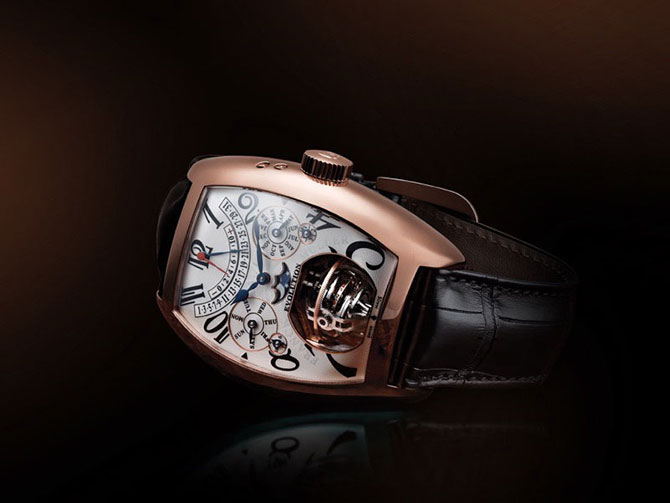 3. It has its own watch fair

While most notable watch brands present their yearly creations at SIHH or Baselworld, Franck Muller has been holding its very own watch fair for the past 29 years. Dubbed the World Presentation of Haute Horlogerie (WPHH), it is held at the brand's headquarters Watchland, a breathtaking site facing the Lake Léman and the Mont-Blanc in Genthod, Geneva. 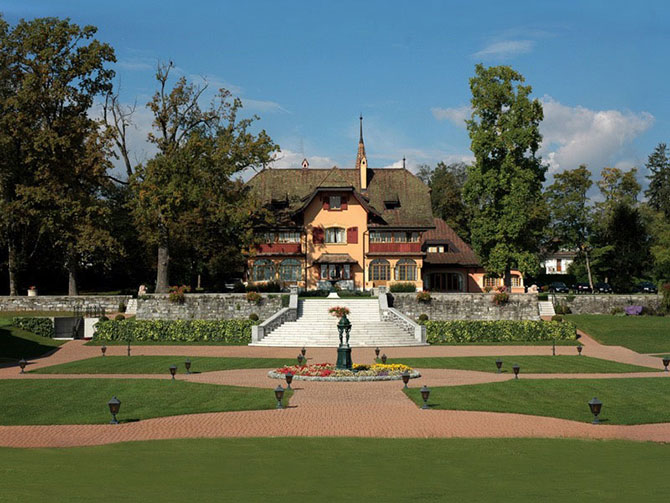 Vartan Sirmakes, the Franck Muller Group's co-founder, comes from a family of Armenian jewellers. Upon moving to Geneva in 1974, he completed a jewel-setting apprenticeship with Antonio Bertolini and eventually found his place in the industry of luxury watches. Little wonder, then, that Franck Muller's repertoire includes some of the most spectacular diamond-set technical creations; like the Double Mystery watch, which features an entirely diamond-studded dial with no regular hands or numerals, but rather two rotating discs that tell the time. 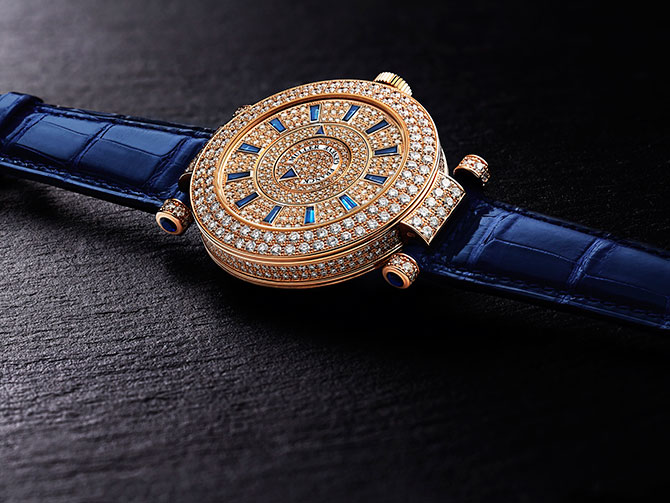 5. A roaring timepiece for Malaysia

Franck Muller has made many tribute watches over the years (have you seen this Vegas model that replicates a roulette game on your wrist?), and that includes the limited-edition Vanguard Harimau made specially for Malaysia. Designed in celebration of our nation's 60th year of independence in 2017, the iconic Vanguard case wears the ferocious Malayan Tiger loud and proud at the centre of the dial. Now that's an emblematic timepiece for both the brand and our country. Psst... we hear a second one is in the works, stay tuned! 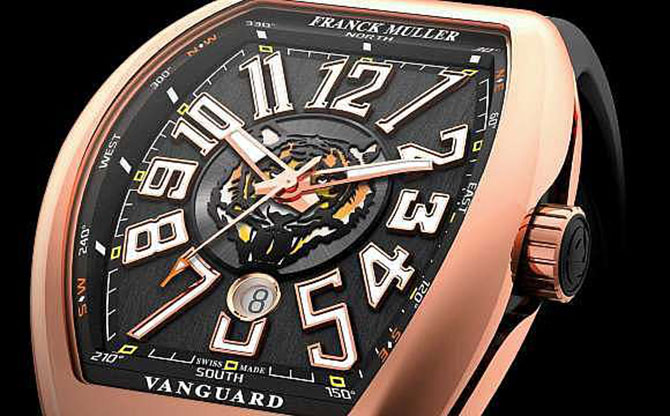 The Sincere Fine Watches' 100 Masterpieces Exhibition featuring Franck Muller (featuring most of the timepieces mentioned above, and more) is open to public, now running till Sunday, 6 October 2019 at the Centre Court of Pavilion Kuala Lumpur.