“The Golden Boy” of Thai cuisine

His full name: Pongtawat "Ian Kittichai" Chalermkittichai. His achievements: Plenty. If you've yet to visit his restaurant Issaya Siamese Club in Bangkok, this is a good chance to sample just some of his signature dishes. From 10 to 11 November 2017, Chef Ian Kittichai will be taking up the reins of the kitchen at The Brasserie of The St. Regis Kuala Lumpur. 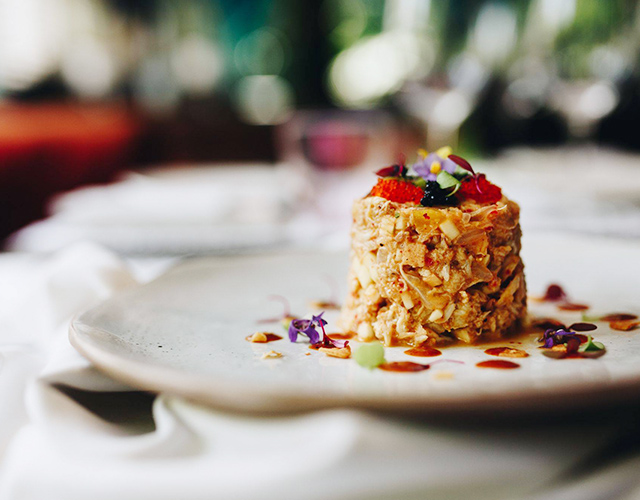 But the "Golden Boy" of Thai cuisine's gastronomical talents came from humble beginnings and has since served the world beyond Bangkok. Perhaps rising early to accompany his mother to the market, selecting the best products to use in her curries, built him a strong foundation. But being a chef had never crossed his mind. After finishing high school, he moved to London to study English and worked at Waldorf Hotel THF where the hotel chef saw his potential and sponsored his culinary studies. Since then, his career path has led him to Four Seasons Hotel Bangkok, Paris' Georges V, Napa Valley's French Laundry, Spain's El Bulli and Tokyo's Four Seasons Chinzan-so. With all the experience he had gathered, he finally opened a progressive Thai comfort food restaurant in 2011 with Chace Restaurant Group in New York called Ember Room. In the same year, he became a partner and culinary director of Spot Dessert Bar in there as well as debuted his flagship Thai restaurant in Bangkok, Issaya Siamese Club. The restaurant was awarded the 21st spot on the Asia's 50 Best Restaurants 2017 list. You might even find his face familiar if you're a fan of Iron Chef as he has appeared on various episodes of the American and Japanese version.

This week only: Singapore’s award-winning Chef Justin Quek at The Ritz-Carlton Kuala Lumpur