Be a Stark for the day 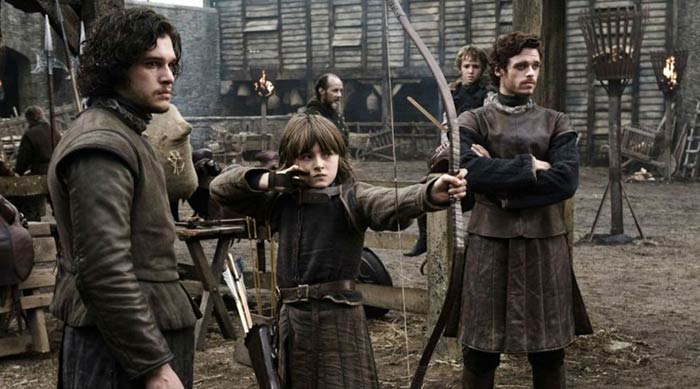 An 18th-century mansion located on a rolling hillside near the village of Strangford in County Down, Northern Ireland, Castle Ward is the backdrop for Winterfell a.k.a. the Stark family’s home in Game of Thrones. Now travelling to filming locations is one thing, but experiencing the set and atmosphere of your favourite TV show is definitely one for the books—and you can do just that at Castle Ward as it hosts the “Winterfell Festival” come 24 September. The one-day festival is set to be an immersive experience, where you’ll get to roam the grounds of Castleward, see first-hand theatrical re-enactments from TV series, and watch spectacular medieval-themed games unfold before you as you enjoy lively music and local food. The Stark family might not be there, but you’ll be able to meet two of the original Direwolf dogs, as well as weapon smith and armourer Boyd Rankin, who played Mikken in the first season. Rankin was also the senior supervising armourer for the first and second season of GoT, and he’ll be there to showcase a selection of weapons he forged for the show.

Be there as the festival gates open at 11am, so you can catch the King’s procession at noon as he arrives at Winterfell for The King’s Tournament Games. Activities for the day include the Games, tours of the castle, an interactive puppet show, and storytelling sessions drawn from George R. R. Martin’s first A Song of Ice and Fire book.

What it takes to get into a ‘Game of Thrones’ character

Emilia Clarke of ‘Game of Thrones’ on the reality of fame