Members of the media were introduced to the estate’s 2015 vintage in a casual wine-pairing session in celebration of Cloudy Bay’s 30th Anniversary led by Cloudy Bay’s Estate Director, Ian Morden. Guests were greeted at Southern Rock Seafood in Bangsar with a glass of Cloudy Bay Sauvignon Blanc 2015 and were introduced to the story behind the 30th Anniversary vintage, which despite the season’s dry conditions, is a fresh and vibrant expression of a Marlborough Sauvignon Blanc. Also showcased at the pairing were Cloudy Bay’s flagship wines, the Cloudy Bay Chardonnay 2013 — a fruity wine with intriguing flavours, and the Cloudy Bay Pinot Noir 2013 — a light still wine. The pairing session began with a serving of Cloudy Bay oysters and Irish Gallagher specials paired with the Cloudy Bay Sauvignon Blanc 2015 that brought out the acidity and fruitiness of the sauvignon blanc while giving the oysters a refreshing taste, reminiscent of the bay where it originated from. 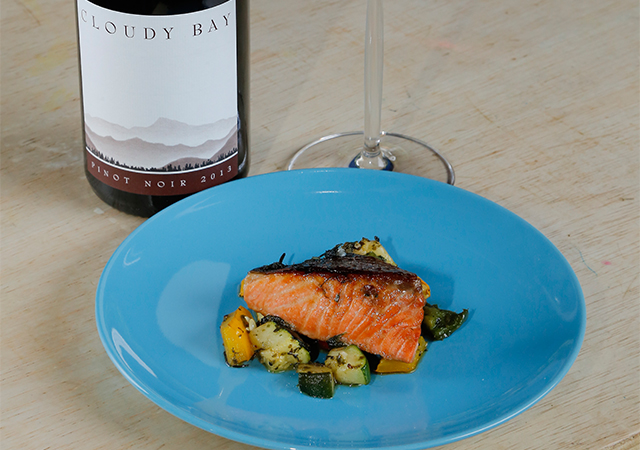 The crowd-pleasing Tasmanian Petuna Ocean Trout was accompanied by a glass of Cloudy Bay Pinot Noir 2013 that offered a nice touch of tannins to the palate. This wonderful pairing accentuated the versatility and structure of the smooth red wine.

As the afternoon came to an end, Ian Morden spent some time retelling the history of Cloudy Bay and brought the guests on a journey around the Marlborough wine region through the wonderful flavours of the estate’s 30th anniversary vintage. He also reminded guests that Cloudy Bay wines are not only excellent with shellfish but also a wide array of food as it is a versatile wine.