The waters, beaches, coral reefs and the life within them all

19.06.18
Some people join beach clean ups or conservation programs. For Julian Hyde of Reef Check Malaysia, he made it his full time job

Considering 70 per cent of the world is covered by water, and ocean pollution is on a dangerous rise, there's a lot of work that needs to be done. You've seen the ghastly photos, read about cutting the sharks out of the natural food chain, heard Sir David Attenborough talk about plastics, and possibly considered joining a sea turtle conservation program. However, 'you' don't represent all of the human population. Not everyone realises what is at stake and not everyone understands the need to talk about it. For the 'you' who is a Malaysian, how much do 'you' know about the state of our beaches, our coral reefs, and our waters? Julian Hyde, General Manager of Reef Check Malaysia (RCM), a marine conservation NGO, has the answers.

What does your job at Reef Check Malaysia entail?

"To be honest, it varies, and every day is different in my shoes. I work with program managers in the field to help develop programs and overcome challenges working with local communities. We're constantly asked to review new and emerging problems around Malaysia and how to improve solutions for them. I help out with the PR as well, be it to the public or our stakeholders. I have to make sure we get the best we can out of our limited resources. I could be in Putrajaya one day, the office the next and Tioman the day after."

Any requirements needed to work for Reef Check Malaysia?

"In terms of certification, what we do is not rocket science. What we need is a certain degree of passion, lots of common sense and some perseverance. We're often met with political or social barriers — you can't solve those with science, hence the perseverance.

If you have all of that, we next look for a combination of skills. You have to be excellent at communicating complex issues in a simple way to get stakeholders to understand.

You have to be patient because most of our work is about changing habits in remote communities, and that doesn't happen overnight.

You need to be a self-starter because much of our work is remote so you need to be able to make your own decisions and work without close supervision."

The moment you realised the unfortunate state of the reefs in Malaysia.

"After taking over the dive centre in Tioman, I saw fish traps placed on the reefs and watched the decline of the population of charismatic species (they're big fish such as the Napoleon wrasse, which can grow to a couple of meters but are actually very gentle)."

What was the most horrific sight you've seen in Malaysia though?

"I was in Mantanani island, off the west coast of Sabah last year. There had been a storm so the beach was literally covered in so much trash that you could barely see the beach itself — plastic bottles, bits of wood, old buoys and more. Mantanani has a functioning waste management system now but many places don't. Resorts in KK, Sabah have been reported to spend between RM100,000 to RM150,000 per year just to clean beaches! How crazy is that?"

Why is it so important to preserve, and conserve, our reefs?

"Put it this way — no reefs, no fish. They act as a habitat for a large proportion of marine species that live and breed there.

They're a source of jobs in the tourism industry. Tioman, where Reef Check Malaysia is based at, alone receives around 250,000 visitors a year and is worth about RM150 million per year — without taking any fisheries value into account.

They provide coastal protection, reducing a wave energy before it hits the beach.

They're a potential source of medicine.

But really, they're simply pretty cool to look at. Isn't that reason enough?"

What should travellers do/don't do while on a beach holiday to help scale down the threats?

"We can't do much about ocean warming or coral bleaching — those are government issues — but on a local level, you'll be surprised that a lot of human activities can damage a coral reef (or any other marine ecosystem). I'll give two very good examples:

1) Feeding the fish — It may seem harmless but it's not healthy for the fish and a large proportion of the bread stays in the water and becomes pollution, thus attracting algal growth that can smother the reefs.

2) Going on a dive or snorkel trip — Do you realise if the operator throws an anchor over the side, which could result in crushing the coral and other organisms?

My advice is to seek out and support tourism operators who are doing their bit to reduce their impact on the environment such as a Green Hotel (that's an ASEAN standard that measures environmental performance) or a Green Fins dive operator. Remember: Your behaviour can make things better, or worse."

"Do you really want to travel to a plastic-covered beach? Think about that."

The consequences people may not realise about ocean pollution.

"Plastic in the food chain. That's the latest big 'trend'. People are becoming aware of the number of plastics in the oceans; although the Great Pacific Gyre (ed note: also known as the Great Pacific Garbage Patch) started this topic a few years ago. However, scientists are now finding plastic in the fish we eat. We produce plastic — bags, bottles, wrappers, etc — use it, and then throw it. These end up in the sea and the fish eat them and then, we eat the fish. There's also increasing evidence that plastic pollution in the sea causes diseases in the corals. Tourism too. Do you really want to travel to a plastic-covered beach? Think about that."

What else is harming the ocean?

"A range of things. Overfishing can destabilise all sorts of ecosystems and lead, for example, to coral reefs changing from coral-dominated to algae-dominated. That would be less attractive for tourists, and less productive for the biological cycle. Destructive fishing — bomb fishing — is the same."

Which islands/beaches in Malaysia are still in good condition?

"Despite all the doom and gloom, it's not game over yet. Our surveys of coral reefs around Malaysia over the last 11 years show that there are still plenty of healthy reefs out there, both in Peninsular and East Malaysia.

Not all beaches are covered in trash as visitors to islands such as Tioman, Redang and Mataking will find. But we have to be realistic. Would the continual drive to attract more tourists take a toll on our marine ecosystems? There are limits to the damage these fragile environments can absorb."

How can people help?

"We're organising an International Coastal Clean-up Day 2018: Malaysia event that's happening on 22 September 2018. You can find more info on our Facebook. In the US, it's a big event where hundreds of volunteers have collected thousands of tonnes of trash from beaches around the world. Together with our stakeholders, we're hoping it'll be huge turnout here too and hopefully it'll be a catalyst for the public to finally start taking serious actions about plastic pollution in general." 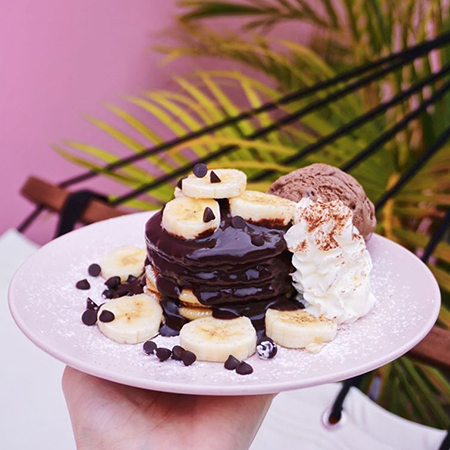 Off The Beaten Track: Diving in Malapascua, The Philippines

Our team tries to go without plastic for a week