Darren Teoh and Kristian Baumann on the Dewakan collaboration this weekend

Malaysia's Chef Darren Teoh and his restaurant Dewakan have been known to spark wonders on the palate and ignite conversations with his reinterpretations of the local cuisine. Similarly, Chef Kristian Baumann and his 1-Michelin starred Restaurant 108 in Copenhagen have dished out gorgeous plates of Nordic cuisine that highlights the ingredients used. Both creative chefs share a deep passion for ingredients and they've come together to create an elaborate 11-course dinner for this weekend only. You won't want to miss it - especially once you hear what they have to say about it. We had a chance to ask both Darren and Kristian on what we can expect from the collaboration as well as what they think about each other.

Hi Kristian! So excited to have you here in KL. Can you share a bit more about your culinary style and Restaurant 108?

Kristian: Long story very short (hopefully), I'm Korean-Danish which means I'm adopted, I grew up in Denmark and I have Danish parents. My mother was very good at sourcing potatoes from one farmer, and raspberries and strawberries from another farmer, and going to specific fishermen for specific fishes. So from the get-go, without me even realising it, she had indirectly put a lot of effort into showing me (and the rest of my family) how to select good produce. 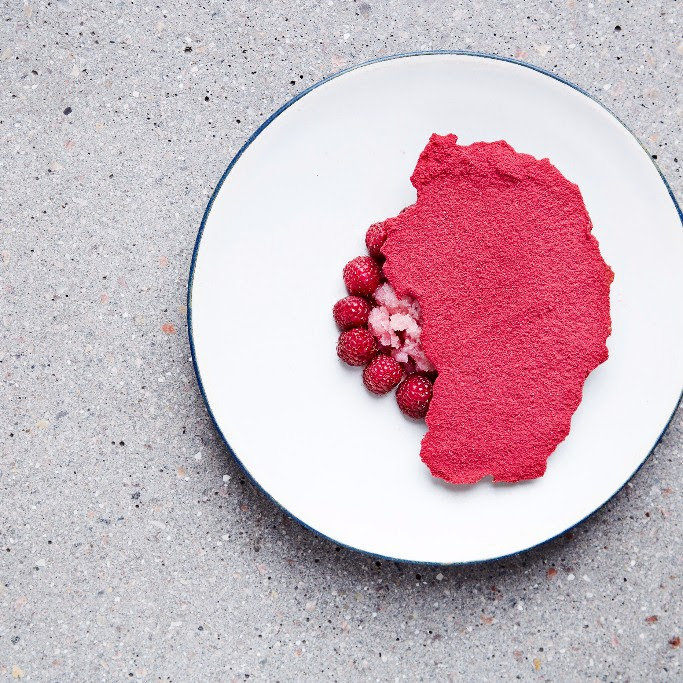 Then the first time I was back in South Korea, it felt like home; walking on the streets, I looked like everybody else for once in my life but the flavour profile like the fermenting is similar in some ways to what we do in Nordic cuisine. It made me very happy inside and I think the path I'm on now is only going to get stronger. Hence, my culinary style is somewhat a combination of who I am: An adopted child with strong influences from Nordic cuisine, and also the person who craves all the spices and great things that you have in Malaysia (laughs). Similarly, everything I've learnt from my mentors about foraging, fermentation and preservation fused with my childhood and my upbringing to create what is Restaurant 108.

What was the thought process like when you heard Restaurant 108 was awarded a 1 Michelin star? Has much changed since then?

Kristian: We never set out to win a Michelin star. I mean, we cooked how we cooked and we now cook how we cook, and we're going to do it no matter what - even if they take [the star] away from us - because it was never about that, the Michelin star. When we got it, we were extremely overwhelmed. To us, it meant Michelin was saying, "We're going to step a little bit outside the box," and award us for the food, and for being courageous, which makes me very happy.

But there's a flip side to it because all of a sudden, we have guests coming into the dining room and asking, "Why do we have to sit next to someone else; why are there no tablecloths; the waiters are not pulling out the chairs for me; why is there music?" and so on. So I've made some adjustments such as removing a few tables so people have more space but that also meant we had to do fewer guests. We've started offering an 8-course menu because a lot of people requested for menus even though I only wanted the restaurant to be a la carte from the beginning because everyone else was doing menus in Copenhagen at the time. At the end of the day, everything we do, we do it to give guests a better experience, to make them happy and to make sure they come back. That's our job.

What's the most important lesson you've learnt since beginning your culinary journey?

Darren: I've had plenty of good teachers who've taught me so many things - not just inside the kitchen. But the greatest thing I've learnt comes from a verse in the Bible: "Faith, hope and love, and the greatest of these is love". Love is one of the biggest things that have influenced me in the past twenty years of cooking and it's unconditional coming from my parents, friends and a lot of people. And I've learnt to love unconditionally as well. It's hard but it opens doors. It removes arrogance and the sort of things which have helped me in running my own kitchen. In the end, the guys in my kitchen work with a lot of heart and that makes me want to work with a lot of heart.

What can people expect from this upcoming collaboration?

Kristian: The fact that we're cooking a vegetarian dinner. I hope we will surprise the diners with the various ways we will be using Malaysian produce. That's what the dinner is going to be all about. There's just a lot of local ingredients to play with. I was excited even over a banana! The ones you get in Europe are not bananas. Don't take your local produce for granted because if you put effort and thoughts into them - which is what Darren is doing - you can go extremely far with it because the produce showcases itself. It's so beautiful and tasty. That's also one of the reasons we decided to come forward and spend time with Darren and Dewakan because we share the same philosophy in the sense of finding a way to showcase local produce and to meet the people behind that.

Darren: We were in Sungkai and a truck came out with buckets of petai and immediately, Kristian was like, "Let's get that!" So that's going to be on the menu. One of the things I realise about Kristian is that he's very curious. He's been putting everything in his mouth, which I think is a good sign for someone who's cooking. And then, he'll ask, "Is this from Malaysia?" and if I say, "Maybe or maybe not," he'll reply, "If it's not from Malaysia then what's the point?" It was quite a quest as he has put forth these parameters to do great things with our local produce. I think we've nailed down some really great Malaysian ingredients.

Describe Chef Kristian in one word.

Darren: He's good-looking (laughs). Kristian is probably putting out some of the most interesting plates right now in terms of concept and in terms of what I imagine flavours to be. He looks like the kind of guy who could care less about what other people think so he's very courageous when it comes to cooking but the food is still so tasty.

How did this collaboration come about?

Darren: I reached out to a couple of my friends who work with him and they hooked us up. He was very enthusiastic. He said yes, and here we are. I thought it would be a very nice match for what we do over here - our cuisines are completely different but the approach is the same, and that's very encouraging.

What are your thoughts on the local dining scene - considering there have been more guest chefs coming to KL from around the world?

Darren: I take a lot of responsibility for that question. I think down here at Dewakan, it has always been something I've wanted to do anyway - to have friends come and cook here. We've seen that Malaysians are excited to come and have different things because we've done a lot of interesting things here; we've done Peranakan, we've done all-desserts dinners with cocktails, and most nights, what we try to work towards is to not have a typical Dewakan night at all.

It's good having guest chefs because it gives us so much inspiration and access to new techniques, knowledge, friendships and all of it just by opening our house to them. It's also a great way to open my network to the people who are working with me now - my boys in the kitchen, the interns, my restaurant managers - in the hopes that we will all have greater imagination and visions beyond fish and chips and spaghetti bolognese. It rejuvenates the dining scene in Kuala Lumpur and in Malaysia.

The Dewakan x Kristian Baumann dinner is priced at RM450 per person. Reservations are necessary. For more info, visit their website.