It shouldn’t be a taboo

"What's going to happen when something happens to you?" It's a legitimate question that not many like to ponder on but it's a question that holds utter importance. Perhaps it doesn't mean much to you when you're gone but it could prove to be either a headache or a solace (or both) to your loved ones left behind. There's a reason why founder and CEO Izumi Inoue decided to create Bereev, a digital legacy planning platform. "It's the easiest, fastest and most affordable way to plan for the only guaranteed thing in life," she explained.

The inciting thought for such a startup came to Izumi after losing both her grandparents in 2016 and 2017 respectively. First, it was the passing of her late grandmother. The first death in the family and no one knew what to do, leading to difficult decisions and accompanying conflicts. A year later, her grandfather was diagnosed with stage 4 parotid cancer. This time it was different. He had a choice. He had open conversations about his last wishes. He made the necessary arrangements. When the time came, the transition was smooth and the family could grieve—without the nitty grittiness of finding documents, deciding who gets what, funeral details and so forth. 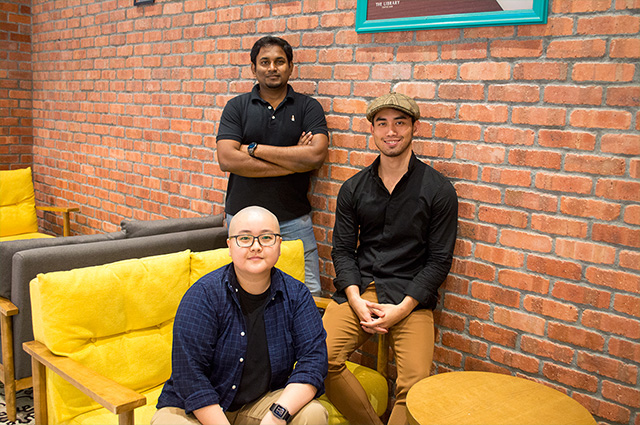 The problem is there is still that mentality among Malaysians that it's 'pantang' to talk about matters after death when you're still alive. But the morbid reality is—death can be a messy business and it will come. It will be even more difficult for the ones mourning. Izumi started Bereev with the idea of it being the "glue that holds your entire plan together" for when you're gone. A place where you can leave behind messages for those to seek comfort from. A place where you can note down your wishes, list where your documents are, important contacts regarding the will, and so on.

The platform is still in beta phase with plans to officially launch in Q2 of 2018 but already, it records an estimate of over 300 subscribers and has received RM20,000 of funding from Khazanah. However, with it being online and so new to the locals, we decided to ask Izumi herself to find out more about Bereev and what a difference it can make. And no, it's not replacing a legal will and a lawyer. It's just being "the glue".

Legally, what are some of the sticky issues family members would face if a person does not plan their legacy properly?

Financial loss is one of the more prevalent aftermaths in situations like this, usually caused by either lack of communication between the deceased and their family members or the lack of access to certain important documents that are essential in closing/processing the deceased's estate. One example would be not knowing that the deceased has prepared a will and that would result in problems such as acquiring a court mandate to gain access to bank accounts and more.

In Asian culture, it may seem like a taboo to be planning your death while alive but how early should one start?

My personal belief is as soon as you have other people relying on you—this could be when you're going through major life milestones such as getting married/divorced, having your first child, buying your first property, starting your own business or even when you're diagnosed with a medical condition.

As long as there'll be someone who'll be affected by your loss, that's when you need to get things in order. Even if you have very little to leave behind, sometimes a simple thing such as a goodbye message would go a long way to help those left behind to cope with such a challenging moment in their lives.

What are some of the major differences between using Bereev and going to a lawyer when planning one's legacy?

Bereev doesn't replace your will or insurance policy. It's a tool that helps you manage all of those moving parts and to make it easier to pass things on to your loved ones. Consider us as the glue that holds your entire plan/blueprint together. So technically, we're playing a very different role from, say, your lawyers.

True or False: Basically, when it comes to leaving behind bank accounts, trusts, properties, and items, Bereev would still require a legal document?

True, as I've mentioned, Bereev is not replacing any of your legal documents. You still have to prepare a will and so forth. We're only offering our users a better way to manage and communicate their plans.

What are some of the personal effects one has to put down in the form on Bereev?

This is very subjective as it's really up to a person to decide based on their personal circumstances. But this would mostly be taken care of by their will or wasiat. We do offer categories beyond that though.

For example, on Bereev, you can lay down instructions for things like the care of your pets, donations you would like to leave for your favourite cause or even who gets your tiny keepsakes (e.g things that people wouldn't typically include in their will such as a favourite album collection or mementos).

In the event when one has passed away, how would the user's loved ones be aware of the profile if no Trustee is assigned?

How Bereev works is that you'll start by laying out your plans and then invite your loved one(s) to be a 'Trustee'. Hence, inviting at least one person is a must. We do have a saying that a perfect plan would be useless if it's not being shared with the right people.

What happens to the Bereev account after the user has passed away?

Once a trustee(s) reports a user as deceased, it'll go through a verification process and then the messages left behind will be sent out. The trustee(s) will then be given an ample amount of time to access the platform and eventually download everything offline if they choose to terminate the account.

Creating an account on Bereev sounds really simple, but so is creating any online account these days. How can we be sure that someone else doesn't create a profile for us without our knowledge?

You're right in the sense that creating an account is pretty simple but what really counts is the content of your plan. We're also working on other forms of verification during the signup process that'll help us further determine the validity of a user's identity.

Users would have to key in a lot of personal knowledge onto this platform. How can you assure users that their P&C information remains P&C, and would anyone on the Bereev team have access to the profiles?

The entire platform is fully encrypted (AES-256) in a way similar to banking standards. That means even our internal team, including myself, will not have access to our users' information and data - ever.

What are the steps to take to plan one's legacy?

On Bereev, it's a fully guided process. The moment you log into your dashboard, we'll show you where to start along with what to focus on next. A typical journey would start with furnishing your plan with your basic details; then answering our guided forms to determine your eldercare/departure preferences; followed by uploading/managing important documents (i.e. will, insurance policies, medical/tax records and more); and recording/leaving behind last words/messages. Last, but not least, inviting your loved ones to join in on your planning progress.

It's reported that Bereev will soon be offered on a freemium basis. What will the price point be like and how will you charge the service?

Our launch pricing would be RM4.99/user/month (annual subscription). This is for premium accounts which we call Bereev+. It includes full access to all of the features and a storage capacity of 5GB. The free accounts will include the Plan + Share features and 100MB storage—this will be free for life.

What are your other plans for Bereev for the rest of 2018?

Our main focus for the year would definitely be more driven towards education, getting people to warm up with the concept and really positioning ourselves prominently within those who are already thinking about (or have started) legacy planning. We're also working on our mobile application which will be released sometime right after Q2 this year.

What the new Fitbit Alta HR said about my life

You can now invest and own a stake in PurelyB, an all-women tech startup