How to make your own home-made 'Pandan Kaya'

The undisputed national jam of Malaysia

The US might have peanut butter and jam, and France their confitures and curds, but in Malaysia, we're all about that kaya

Slathered in between two crisp wedges of toast along with sizeable chunks of butter to make kaya toast, or had alongside pulut tai-tais and lepat pisangs, kaya is the indomitable condiment of Malaysian breakfasts. Heck, this rich, aromatic coconut curd would be considered the undisputed national jam of Malaysia, if such a title ever existed.

In the past decade though, with the rise of toast franchises like Toast Box and Singapore's Ya Kun Kaya Toast, and with tubs of industrial kaya becoming increasingly available at local supermarkets, the tradition of making kaya at home has slowly but surely waned. Don't get me wrong, the kaya served at these franchises and minimarts isn't bad per se. (Ya Kun especially seems to have its kaya recipe down pat.) But when it comes to the flavour of the kaya itself, nothing beats the glorious goodness of a traditional, preservative-free home-made kaya, made slow and soulfully, laboured over with the love and attention usually reserved for newborn babies, or a wallet-busting steak you bought to impress a date. (Not that I've ever done the latter. *ahem*)

At first glance, making kaya seems like a straightforward affair. All it requires is eggs, sugar, and santan (coconut milk) stirred and cooked over low heat. And with time, it'll thicken into a rich curd, perfuming your kitchen with the sweet smell of coconut, caramel and comfort. It sounds easy enough, but getting the kaya to a sultry smooth consistency can be tricky. Heat the kaya too quickly and the eggs will curdle before you know it, heat it too slowly and you'll be stirring till tomorrow comes. 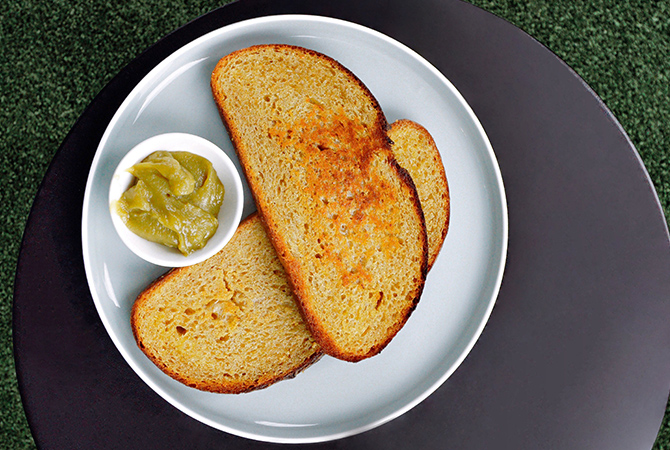 Do a quick search online, or ask a bunch of aunties how they make kaya (as you do in Malaysia), and you'll find that there's really no surefire way to prevent your kaya from turning lumpy like Southern grits. Sure, cooking it low and slow over a double-boiler seems to be the most common method out there, but I, in my eternal impatience, have curdled one too many kayas through this technique. Then there are some recipes that unbelievably eschew the use of a double-boiler altogether, cooking their kaya over direct heat and somehow, through some deft hand movements and a hopeful prayer or two, never get any lumps. Even more baffling is the method that I've heard some mak ciks swear by — cooking it in a wok for hours over a bare flicker of flame, letting it slowly set into a tau-fu-fah-like consistency, which seems like an entirely different beast of a kaya.

All these methods are fine and all, but for me, and I suspect for many other new-age home cooks out there, I'd like to have a robust kaya recipe under my belt that is not only fool-proof but relatively quick and easy to whip up too. Luckily for you, I put myself through a series of arduous kaya experiments last year, and I'm proud to say I've got a pretty robust kaya recipe to share that has worked wonders for me till today!

Now I'm not claiming this is the ultimate kaya recipe to end all kaya recipes, as it follows the pretty standard double-boiler method, but it has one nifty little trick that makes it super robust. On the off chance that you do get a little over-excited and start seeing lumps in your kaya (this usually happens halfway through for me), I've found that you can just blend the lumps away in a strong blender, and strain out any stray solid bits that remain and continue cooking your kaya as per usual (assuming you haven't completely overcooked the eggs in the kaya)!

Yes, this method might draw the horror of some octogenarian auntie out there who's been making kaya for more years than I've been alive, but at least you won't have to throw away a perfectly salvageable home-made kaya. And who knows, with some luck, you might even have a sultry smooth, unbelievably rich and jammy kaya to slather all over your toast for the week! 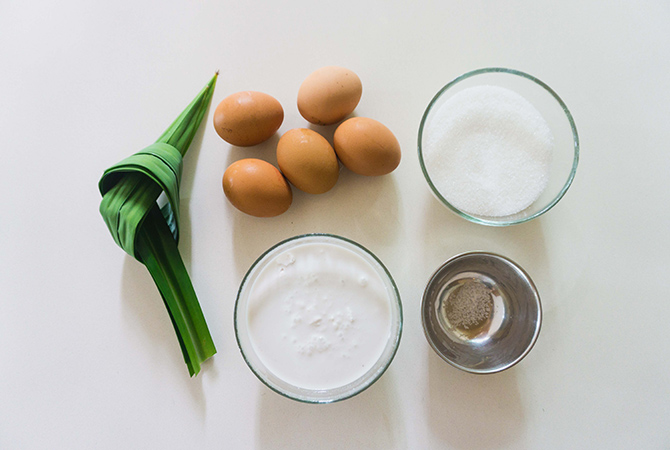