The year in a nutshell 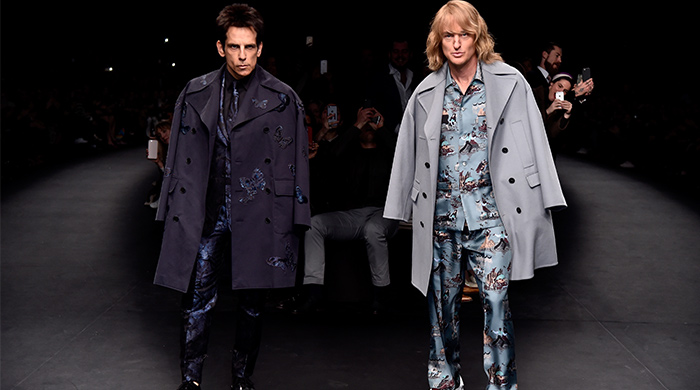 There was no other bigger way to announce the Zoolander’s sequel than to have the cast, Ben Stiller and Owen Wilson crash the Valentino AW’15 runway. Fast forward to 14:45 and you’d see the dynamic duo sporting trenchcoats with a printed suit-and-tie (Stiller) and a pyjama-getup (Wilson) as they strutted down the runway. While the fashion world was still reeling from the shock of Raf Simons leaving Dior due to personal reasons, word was out that Alber Elbaz was told to exit Lanvin after 14 years at the creative helm. Both news were gut-wrenching, and albeit how much we look forward to what each designer’s future endeavours offer, there’s nothing like the modern romantic vibe that Dior had under Raf Simons, and Lanvin’s sensually dark bearings that Alber Elbaz had injected. To say that this collaboration received a lot of hype would be an understatement. Crazed shoppers camped for days in line for H&M stores to open on November 5, then proceeded to rush in and grab everything in sight when the doors were opened (the word stampede here might be appropriate); the site crashed at 8am EST when the collection went live; and those who managed to cinch a bunch of stuff and got out alive sold it for double the retail price on eBay. 2015 has been a big year for TayTay. Apart from her strong #redcarpetstyle game and completing her 1989 World Tour where she performed in 85 countries, T-Swift has also been dominating news thanks to the bevy of fellow celeb BFFs that tag along with her in her 1) tour, 2) red carpet, 3) major events like the VMAs. Her #girlsquad includes all the IT girls of now, such as Gigi Hadid, Karlie Kloss, Kendall Jenner, Lily Aldridge, Martha Hunt etc, and who can forget about her star-studded music video Bad Blood, where even the one and only Mariska Hargitay made an appearance?

5. The runways rules have changed When it comes to the catwalk presentations that have been traditionally deemed to be elitist and exclusive, this year is the game changer that will change people’s minds about fashion: Givenchy opened its SS16 show to the public and respectfully paid homage to the 14th anniversary of the 9/11 bombings; Tom Ford chose to display his designs via an adrenaline-fueled dance video instead of a presentation; and Burberry premiered its collection on Snapchat the night before the runway show. And who can forget Dolce&Gabbana’s fun-filled show with models snapping #selfies of themselves as they glided down the runway? Combine gender-bending silhouettes, geek chic accessories and plenty of pussybows, you’ll get Alessandro Michele and what he has single-handedly created in a span of 12 months as Gucci’s creative director. The word “rebranding” might not even summarise Michele’s doing at the fashion house, and no one could tell that he had only five days to put together his first menswear show in January, as most were taken with his quirky aesthetic (and will be during the months after that.) The 42-year old has actually worked at Gucci for the past 13 years, and recently picked up the International Fashion Designer of the Year award at 2015’s BFAs—an accolade that truly is deserving for his knack at making the unexpected work beautifully.

7. Gender fluidity gets the awakening it deserves Who could have missed out Caitlyn Jenner’s break-the-Internet moment with her Vanity Fair cover this June? While this has been significant in ushering a new era within pop culture and the fashion industry, various firsts have been achieved in 2015: Andreja Pejic is the first transgender model to be featured in the pages of Vogue USA; H&M’s sub-brand & Other Stories released its campaign with transgender models Hari Nef and Valentijn De Hingh, which was also creatively shot by a team of transgender professionals, and Miss Austria 2015 Amina Dagi dressed up as Conchita Wurst, the famous drag diva who won the Eurovision Song Contest 2014, for Miss Universe 2015’s ‘national dress’ category.